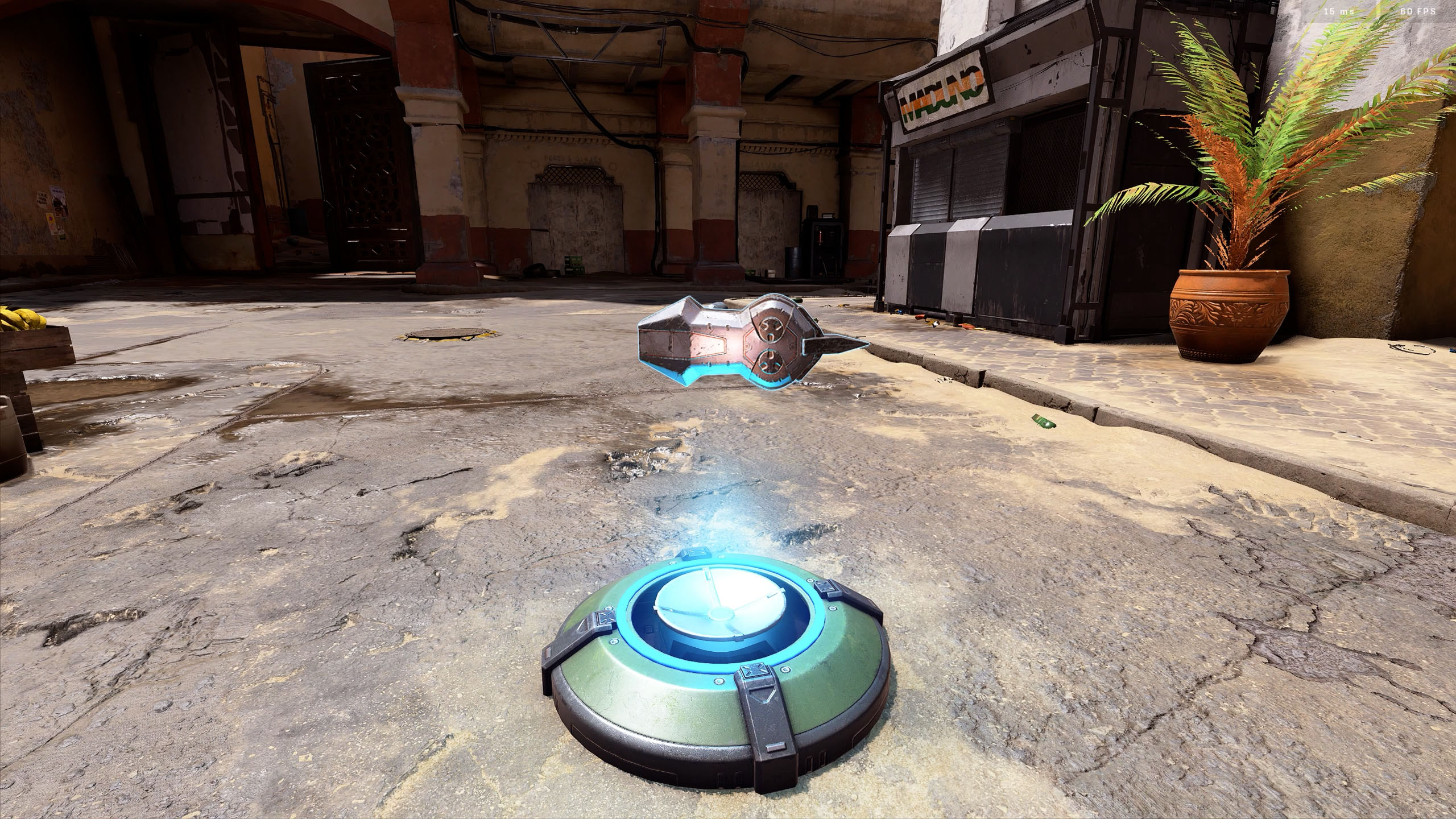 Learn how to find the Grappleshot on all of Halo Infinite's multiplayer maps.

The Grappleshot is one of Halo Infinite’s best additions to the franchise. This thing will let you swing around maps (and more) like some kind of armor-clad Spider-Man. For those that are playing multiplayer, knowing where the Grappleshot spawns on each map is going to be key to claiming victory. If you haven’t been able to find each of its spawn locations, fear not, for we have you covered.

While there are about a dozen maps in Halo Infinite, the Grappleshot can only spawn on a handful of them (under normal game settings). For those that are playing Big Team Battle or with random players, it can sometimes be tough to work out exactly where this fun and useful bit of equipment can spawn. The Grappleshot will spawn on a little UNSC plate and will have an icon floating above it that looks like an arrow.

The Grappleshot will only spawn on the following maps:

The Grappleshot spawns in the central area of the Bazaar, which is known as the market. The spawning location is right below the power weapon, which can either be the Cindershot or the M41 SPNKR Rocket Launcher.

The Grappleshot spawns at each base on Behemoth. You’ll find it below the main starting location, which is typically where the flag is housed during CTF matches. It will be on the ground, leading to the underground portion of the base which is how you can easily access the power equipment at the start of the match.

The Grappleshot on Deadlock can be found in the cave to the side of the map (opposite the crashed Pelican). This is where you will also find a power weapon like the M41 SPNKR Rocket Launcher.

There are two Grappleshots on Fragmentation and they both spawn on either side of the central tunnel. This tunnel is in the middle of the map and it connects both sides of the map. The Grappleshot is on the right-hand side of the tunnel, among the trees.

The Grappleshot on Highpower is inside the cave that runs along the wall of the map. This side of the map is opposite the cliff edge (where WASP pilots typically fly around). The cave system itself is behind the ledge where the power weapon spawns. To reach it, follow the rock wall from your spawn point into the cave and onto the catwalk. If you spawn at the blue base, you will need to jump into a man-made building to reach the Grappleshot.

The Grappleshot is found on the bridge on Launch Site. This bridge overlooks the power equipment spawn (which can be Overshield or Active Camo). The bridge can be accessed a variety of ways: from the power weapon spawn up a gravity lift, from the aforementioned power equipment, and up the stairs from the attacker’s starting location.

The Grappleshot is found near the batteries on Recharge. Near the four batteries that go up and down, look for the little ledge – it’s here you’ll find the Grappleshot. You can either mantle up or use a battery to jump to it.