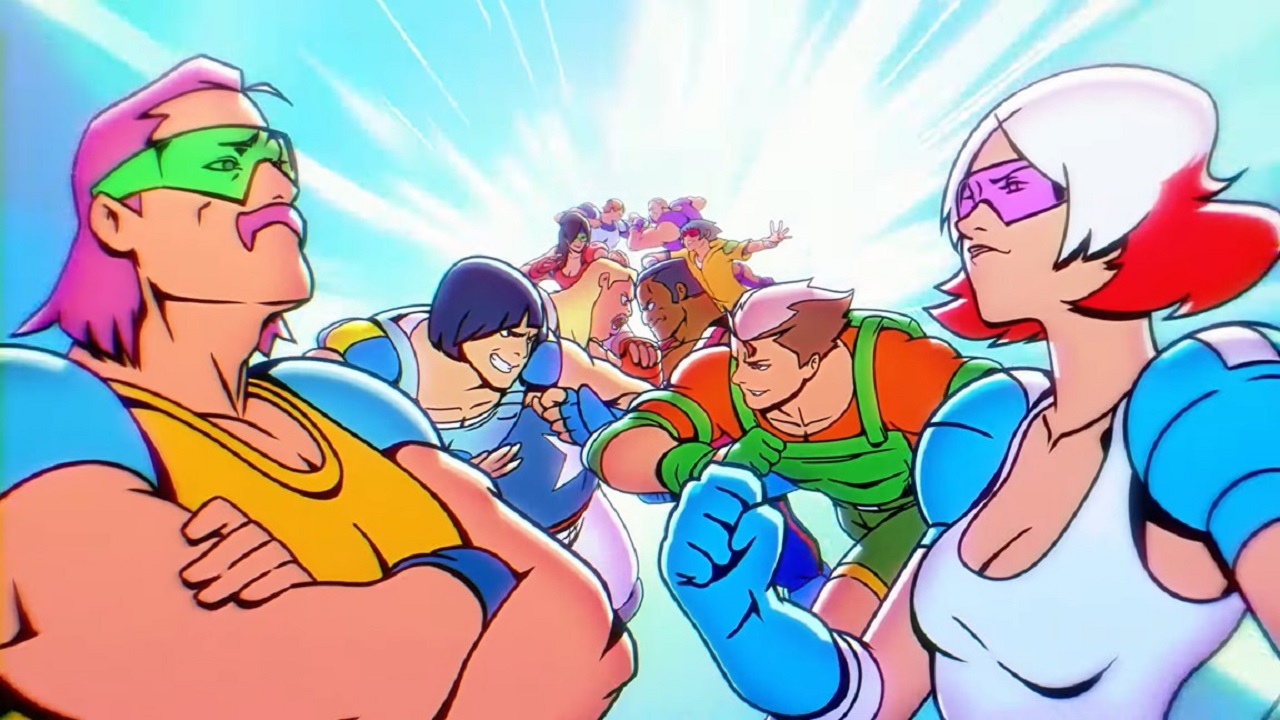 These Windjammers 2 characters make for great starters whether you want to focus on speed, power, or balance.

Windjammers 2 is out in the wild and with it comes a colorful roster of characters and their varied playstyles. Windjammers 2 is a tough game to learn and master, so figuring out which character will suit you best early might be key to your success. We would say the roster is well-balanced and there’s no harm in picking up whoever suits your fancy, but there are also some characters that are easier to start with than others. We’re here to direct you towards which characters make for the best starters in Windjammers 2!

This question is dependent on what you want in your playstyle. There are three main ways to go about it: speed, power, and balance. Some Windjammers are faster than others, some throw hard enough to knock an opponent into their own goal, and others sit somewhere in the middle on both qualities. With that in mind, here are the suggestions we have for all three categories.

Sophie is a newcomer to Windjammers 2, joining the four roster additions. She’s fast as heck and can keep up with the speediest of shots to both defend against your opponent and also send a rebuttal before they have time to respond. Sophie’s Charged Shot feels like the best of the speedsters. Raposa’s leaves too much room to be caught once you know what it looks like and Mita’s can be difficult to control on a court with partitions in the middle, setting you up for an easy counter. De Lys’s shot dips forward and then makes quick diagonal turns towards the opponent’s goal that leaves them guessing whether it will veer to the north or south end. De Lys even has enough power in this shot to drive your opponent into their goal. If you want speed, De Lys has the moves to deliver and some nasty tricks to boot.

Another newcomer, Max Hurricane is a big-bellied Canadian with all of the looks of a champion wrestler. He more than matches his own bravado with unbridled power. He won’t be able to move around the court as fast as other competitors, but his shots is intensely fierce and forceful. His Charged Shot is also a far more frightening guessing game compared to that of Gary Scott or Klaus Wessel. It operates like an extremely fast wall-hugging curve shot. He can turn it north or south and it’s especially difficult to defend on a wide court if you’ve pressured your opponent to either end. Max is an undisputed beast in this game and an easy pick if you want to break your opponent down with devastating throws.

If you’re looking for a strong competitor that brings a balance of speed and power to the court, Biaggi is a stellar pick. He can get around the court with enough swiftness to cover most shots, has the power to break an opponent to close to their own goal, and his Charged Shot can do absolutely mind-boggling things depending on where you throw it. Curving in a looping ring towards his opponent’s goal, Biaggi’s Charged Shot can be tricky to pin down in an open field, but on a partitioned court like Junkyard, or close to the wall, this shot can bounce off obstacles and go haywire in ways other shots don’t. We’ve seen this shot hit a partition and jump towards the wall like a curved shot or completely flip sides on the court to trip opponents up. Biaggi is a great all-arounder in any situation and because of the way his shot works, he can be a nightmare to defend against in the right setting.

With 10 competitors to choose from, don’t think that you absolutely have to take our picks in Windjammers 2. Experiment! See who feels best! These three competitors are just great starting points for your journey to the Windjammers 2 championship. Be sure to check out our review of the game and see our full thoughts as you jump in to play!