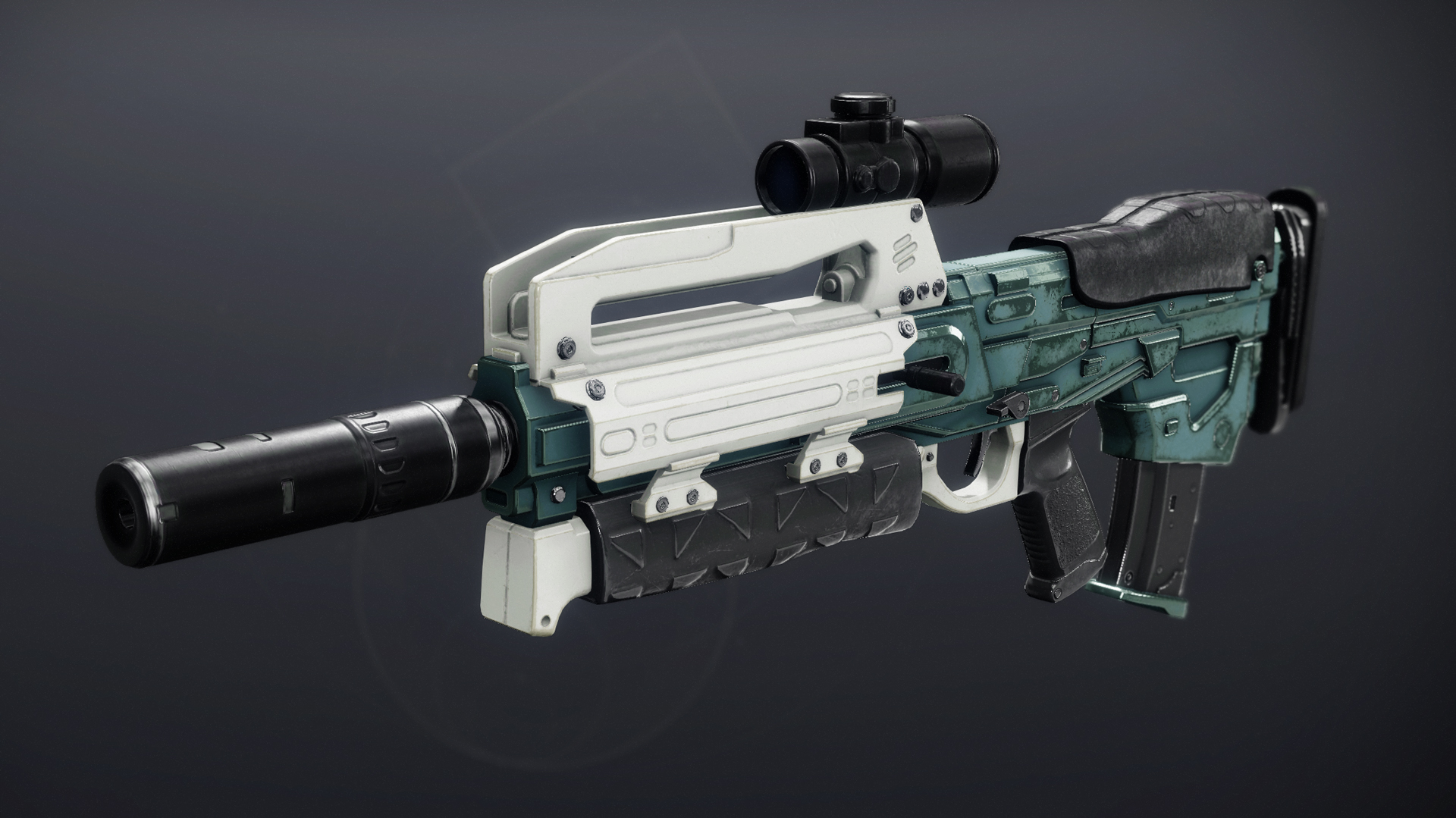 A god roll BxR-55 Battler will have you shredding through the Darkness and Crucible opponents with ease in Destiny 2.

The BxR-55 Battler is an incredible Pulse Rifle in Destiny 2 and a nod to Halo’s equally incredible Battle Rifle. For those that want to bring a little bit of Halo to their Destiny 2 loadout, finding a BxR-55 Battler god roll will be the first step. Thankfully, with a wealth of neat perks, there will be a perfect roll for you.

Sitting in your secondary slot, the BxR-55 Battler is an Energy weapon that deals Solar damage, though it still utilizes primary ammo. The scope will always be an ACOG-like lens that “zooms in” like the Battle Rifle from Halo as opposed to Destiny 2’s typical ADS style. Each roll will also come with the Legacy PR-55 Frame, which increases accuracy, stability, and targeting while hip firing – this is to make it feel more in-line with the weapon from Halo.

As for the types of perks you want to look for on your BxR-55 Battler, it will be anything that boosts your damage output, improves the recoil pattern, and lifts the performance of the weapon.

The BxR-55 Battler already feels solid in PVE, but the right perks can really turn it into a minion-slaying machine.

Straight off, the Barrel and Magazine options are chosen to help straighten up the recoil direction to be perfectly vertical while also pushing out the effective range. This will help the Pulse Rifle deal more damage over greater distances, which is often the trouble with PVE content.

For the perks, Demolitionist remains a great options as there are often plenty of enemies to defeat, allowing you to generate a grenade quickly. The second perk is Blunt Execution Rounds, a new one for Destiny 2. This perk increases the BxR-55 Battler’s damage and handling after a melee ability. According to D2Gunsmith, this damage increase is 500% in PVE and 100% in PVP.

If you cannot get Blunt Execution Rounds, then Adrenaline Junkie is another worthwhile option for PVE players. While Kill Clip will kick your damage output up higher, it requires a reload to activate while the previous two will proc after a melee or kills, respectively.

For a BxR-55 Battler PVP god roll, it will be much the same as the PVE god roll, albeit with different mod choices and perhaps an alternative Perk 1. The goal will be to get the recoil to be vertical and to push out the gun’s Range stat.

Like above, Arrowhead Brake and Accurized Rounds will net you a vertical recoil pattern and a greater Range stat. If you’re playing with a controller, focusing on the Stability stat may be your preference, which would be Polygonal Rifling and Steady Rounds.

It should come as no surprise that I think Killing Wind goes well with the BxR-55 Battler. This perk increases your Range, Mobility, and Handling, while also lowering the movement speed penalty while ADSing. This will ensure you can keep on killing. An alternative would be Perpetual Motion, which is a neat perk that increases your Stability, Handling and Reload Speed while you’re moving.

For the final perk, Blunt Execution Rounds works well in PVP as it increases your damage after a melee ability. You could also do well to use Kill Clip, as you’re likely reloading more often in PVP than in PVE, especially after a kill.

As for the mod, that will be entirely dealer’s choice. Icarus will keep you more accurate while airborne, Freehand Grip will increase your accuracy and ready speed while hip firing, Targeting Adjuster will bump up that Aim Assistance. Swap and change until you find one that works for you.

Those are my personal preferences when it comes to a BxR-55 Battler god roll for PVP and PVE in Destiny 2. Depending on your playstyle, you might find that a god roll looks slightly different for you. Let us know in the Chatty thread what rolls you’ve managed to earn so far and what one you’re hunting. For more god roll suggestions, head over to our Destiny 2 strategy guide.