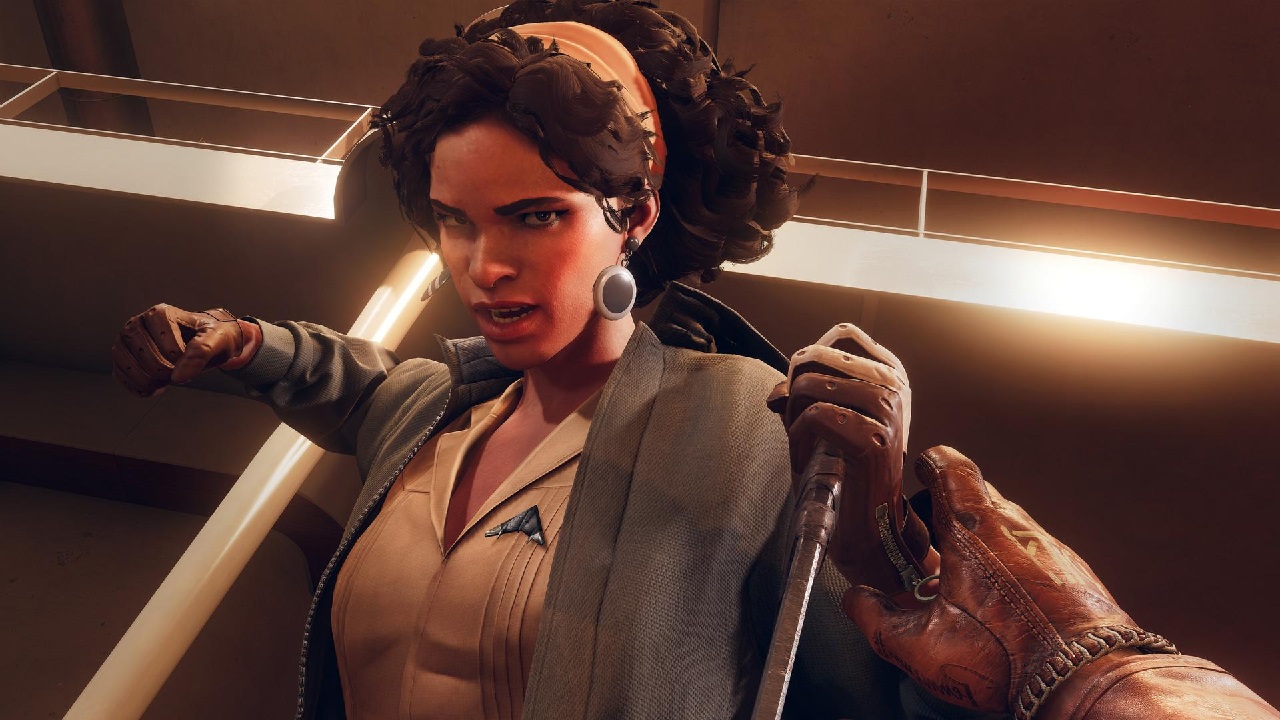 In our conversation with Deathloop creative director Dinga Bakaba, we learned one of the key elements of the game was actually quite a late addition.

Throughout all of Deathloop, it’s hard to imagine the game without the passive aggressive and sometimes directly aggressive banter of Colt and Julianna accompanying the whole experience. Jason Kelley and Ozioma Akagha gave Colt and Julianna (respectively) incredible life and connection beyond simply playing roles in the overall game, but it wasn’t always this way. In fact, creative director Dinga Bakaba told us Colt and Julianna’s standout relationship in Deathloop was a very late addition to the game.

We recently had an exclusive interview with Bakaba to talk about a number of deep dive topics throughout Deathloop, one of which was the development of the visionaries and the relationship between Colt and Julianna. According to Bakaba, the development of Colt and Julianna as active and connected participants in the story of Blackreef came well after the idea of Visionaries, the time loop, and the goal of breaking that loop had been established.

Dinga goes on to describe how the idea of making Julianna an active and aggressive opposing force to Colt came to be.

“In the beginning, very first pitches [Deathloop] was a lonely affair, breaking this time loop. It was Colt…against the world, and that was tough. And without betraying that, I think the idea started to come when some of our designers had an idea for one of the targets to break the pattern where we know where they are and we’re basically going to manipulate them and put them in a straight line so we can kill them. We said, ‘well, let’s break the pattern and have one of them be unpredictable and come at you rather than you coming at them.” ~ Dinga Bakaba

It was later on that Deathloop designers asked, what if that opposing force was another player? It sounded crazy at first, but then it took shape and became a core element of the game. If they were going to stand out, they needed to be truly different, and so the team fleshed out who that person was and how they connected to Colt. Julianna came into being and the radio calls between Colt and Julianna became key to giving their story weight beyond just killing one another.

There is far more in our full interview with Dinga Bakaba. Be sure to check it out for our deep dive into more cool Deathloop topics including weapon design and action vs. stealth.