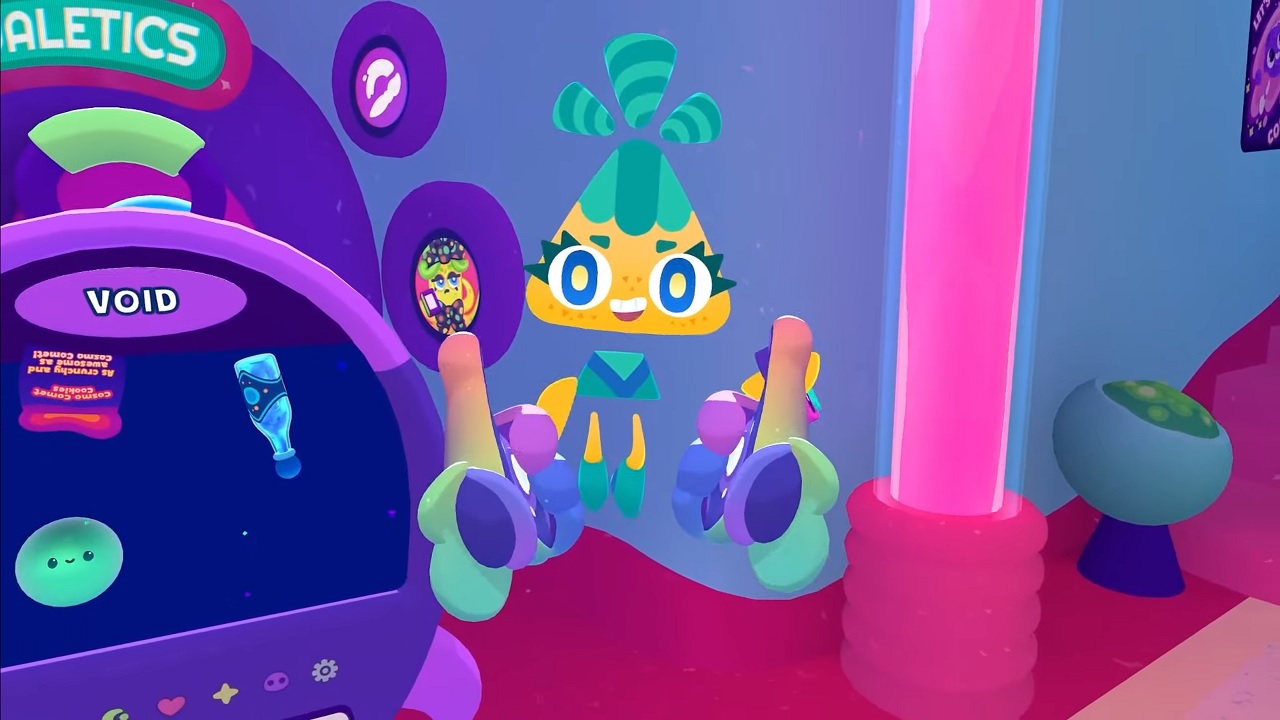 Owlchemy Labs will be bringing its latest VR adventure to VR headsets at the end of this month.

Coming off of the likes of Vacation and Job Simulator, as well as Rick and Morty Simulator: Virtual Rick-ality, Cosmonious High looks like one of VR developer Owlchemy Labs most ambitious games yet. We’ve been following along with this one as the developer shows off the rigors of everyday life in an alien school, and soon everyone is going to be able to play it themselves. Cosmonious High finally has a release date on SteamVR and Meta Quest 2.

Owlchemy Labs announced the release date for Cosmonious High on various VR platforms with a new trailer on its YouTube channel on March 3, 2022. The game is set to land on SteamVR and Quest 2 on March 31, 2022, right at the end of this month! Its simultaneous launch on Quest 2 and SteamVR means it will also be available to a variety of HMDs for play.

Cosmonious High has looked like quite an expansion of all the things Owlchemy Labs has been doing with VR ever since it was first revealed back in September 2021. In fact, it very much is if you check out the interview we had with the studio’s art director, Carrie Witt. Cosmonious High has a full narrative that involves players arriving at an alien high school as “the new kid,” but alien high school turns out to be pretty chaotic. There’s meters hitting the gym, fires in the chemistry lab, and more. Players will get some cosmic powers in the palms of their hands to help the students fix these problems in this zany and cartoonish adventure.

With Cosmonious High set to launch on March 31 of the 2022 gaming calendar, VR fans should make sure to mark the date. Stay tuned as well for further coverage and updates on Cosmonious High and further Owlchemy Labs news right here at Shacknews.