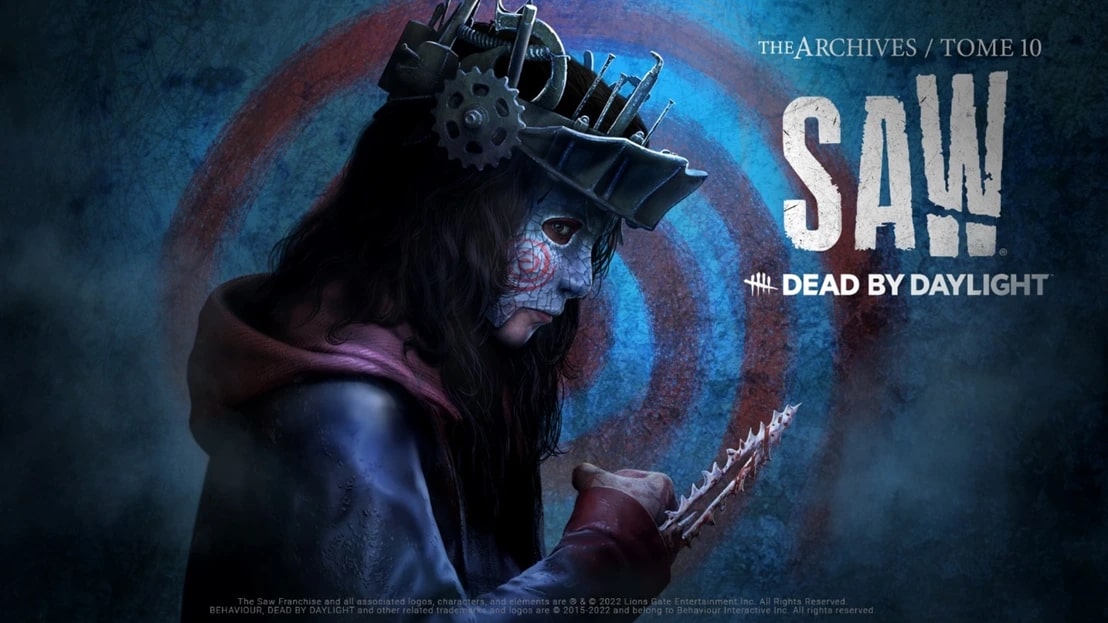 Dead by Daylight gets Saw crossover content this month

Jigsaw brings her horrifying machinations to Saw in its latest update.

Asymmetrical horror game Dead by Daylight has seen several crossovers with popular horror franchises in both gaming and film. Each typically brings new killers, new survivors, and unique gameplay elements. The latest crossover has been revealed as Behaviour Interactive has announced that Saw content will be coming to the game later this week.

Behaviour Interactive announced the Saw x Dead by Daylight collaboration with a quick tease on social media and a press release. Tome 10: Saw is coming to the Archives and brings three stories from the two universes. The collaboration centers around Amanda Young (The Pig) and Detective Tapp and arrives on January 26.

When your life hangs in the balance, how far will you go?

In this brutal and unforgiving Tome, a twisted student of Jigsaw finds herself tempted by a dark epiphany and a determined detective faces the choice of a lifetime. Players will witness the Auris, a device capable of peering into the memories of those who have entered the Fog. Through it, the mysterious Observer will grant them access to a new series of challenges to complete, designed to help piece together these memories as well as his role within the Entity’s Realm. When pushed to excruciating limits, to what lengths will they go to survive?

“Over and above our primary objective of providing our fans with fun and continuously renewed content, one of our goals when integrating a powerful movie franchise such as SAW is to invite a larger community into the Dead by Daylight universe,” said Mathieu Côté, Game Director on Dead by Daylight.