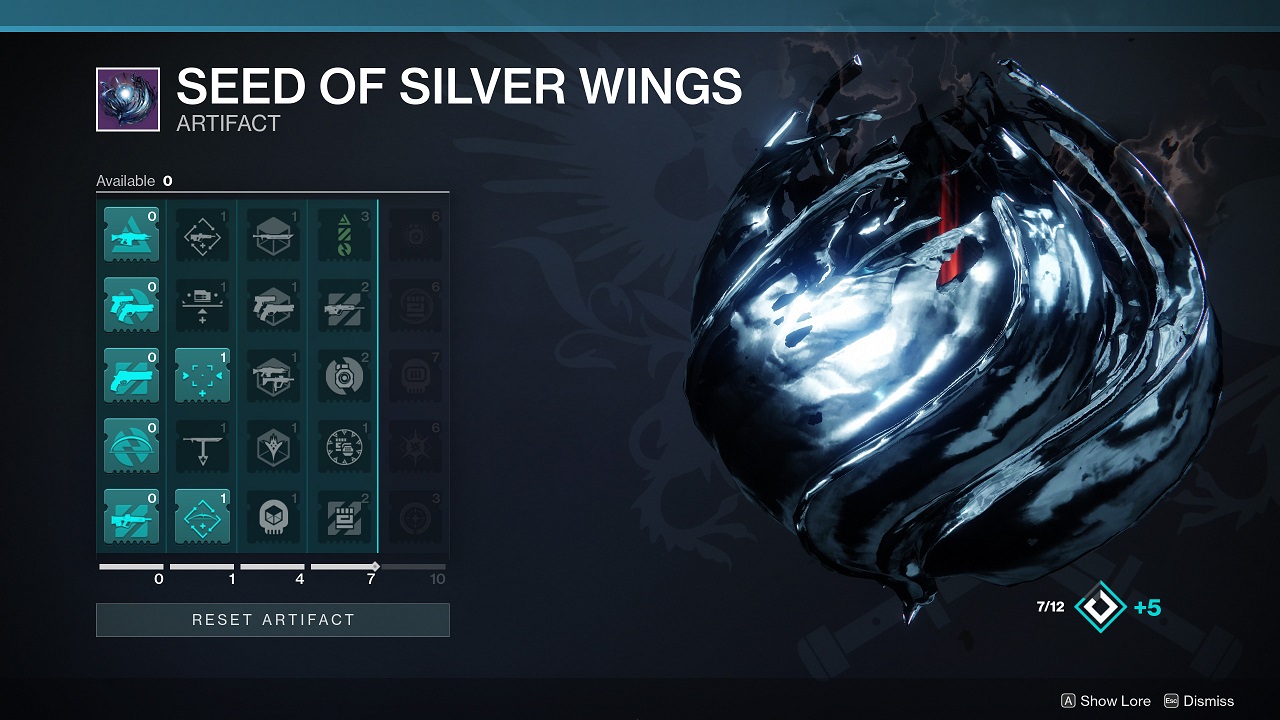 When Destiny 2: The Witch Queen launches, players will be unlock unlimited Artifact Mods, provided they do the proper grinding for them.

Destiny 2 Artifact Mods have been a rather fun and customizable part of Destiny 2 gear, allowing players to specialize in their stats and damage output or conquer otherwise unconquerable challenges with the use of various Mods. However, there’s always been a cap to what players can do with Artifact Mods, imposed by an artificial limitation in the game. Soon, that won’t be a thing anymore. According to Bungie, Destiny 2 is doing away with Artifact Mod limits in Season 16 with the launch of The Witch Queen.

Bungie went over the details of the Artifact Mod limit removal in a This Week at Bungie post on January 13, 2022. There are a number of interesting changes and updates coming with Season 16 and the launch of The Witch Queen expansion. However, one of the biggest moves we saw among the TWAB post was the change to Artifact Mod limits.

“One of the consistent pieces of feedback that we have been wanting to act on for a while involves the unlocking of Artifact mods,” the post reads. “Starting in Season 16, players will no longer be limited to the number of Artifact mods they can unlock.”

This should come as a welcome delight to anyone who feels indecisive about their Artifact Mods or get caught up in the ones they didn’t unlock. Instead of capping mods artificially, the first 12 Mods should unlock on regular pace of play. Then, after the 12th, it will take increased amounts of XP to unlock further Artifact Mods. While Bungie says this will push some tough decision making, you’ll also be able to reset your Artifact and start your picks over if you change your mind.

Other interesting things also appeared in the TWAB post. Orbs of Power are being reworked to tie into armor mod slots for Helmet gear instead of Masterwork Weapons on multikills. Also, it was confirmed that the recent 30th Anniversary Content - both paid and free - will not be vaulted after Season 16 and The Witch Queen launch.

Both Season 16 and The Witch Queen are pretty much right around the corner. With so many interesting pieces coming into play, it definitely be an interesting season to watch. Stay tuned here at Shacknews and check out our Destiny 2 complete strategy guide for any help you may need throughout the game.