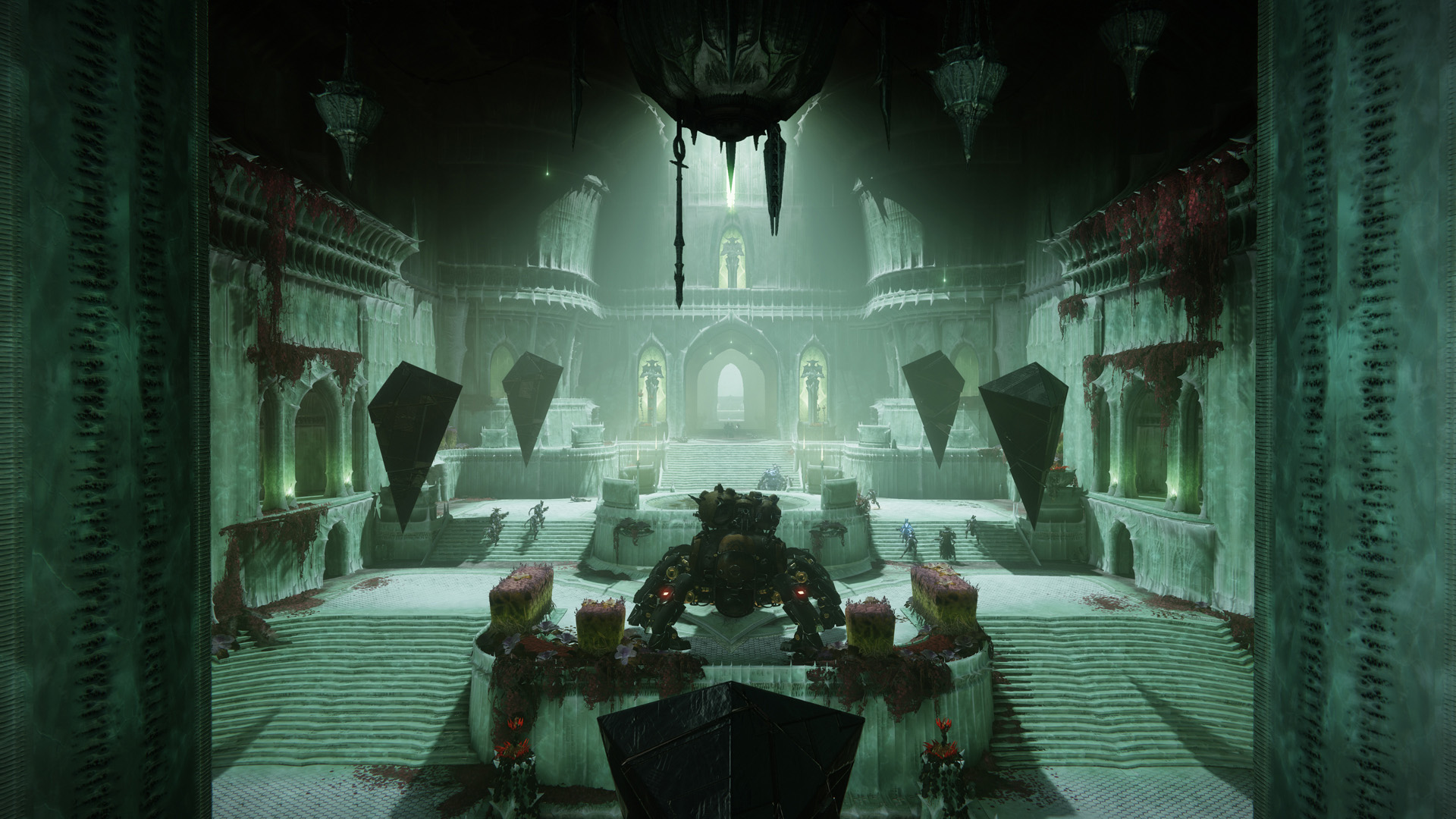 If you need some help taking on Savathun, here's a full campaign walkthrough for The Witch Queen in Destiny 2.

Destiny 2: The Witch Queen introduces a brand new campaign for players to dig into. It will see Guardians face off against Savathun and her Hive forces of evil, but we're here to help you along the way. This will serve as a full campaign walkthrough for The Witch Queen.

Be Brave or Become Legend

After watching an initial cinematic, Guardians will be given a choice between a Classic or Legend campaign experience for Destiny 2: The Witch Queen. Newer players may want to go Classic, but experienced players will get greater rewards from choosing Legend. A full set of 1520 gear is obtained through the Legend version of the campaign, which will help players level up quickly for end-game activities in Season of the Risen in Destiny 2.

This is the first campaign mission for The Witch Queen. It will see Guardians step onto Savathun's Throne World for the first time. This walkthrough will cover each of the objectives of the mission, helping you bypass any points that you may find overly tricky or complex.

Move forward through the environment. You're currently on Mars, and the Cabal are setting up to fire big guns at Savathun's Throne World. In order to board Savathun's ship, you'll need to borrow the Cabal's weapon and use it as a taxi. Keep in mind that if you're ever unsure of which direction to go, bringing up your Ghost will show the path forward.

The battle against the Cabal is fairly straightforward as far as fights go. You'll need to defeat a yellow-bar Cabal and pick up Fuel Cannister. Once you have it in your hands, walk forward and Activate the Launcher. You'll then step into the launcher, because that's what we do as Guardians. We shoot ourselves out of space guns.

You'll find yourself outside of a Cabal base. Work your way inside and Hack the center console. You'll then find yourself with an Information Extracted progress counter. Simply stand in the cirlce to make sure the progress continues. If you step outside of the circle progress will be halted. Defend that position from the onslaught of Cabal. If you have multiple Guardians, it's fine for one to stand in the circle and the others to fight around the room.

You'll need to head outside at this point. There's a platform not too far away that you need to clear. As you approach, you'll be given a mini objective called Fuel Lines Opened. You need to defeat the yellow-bar Cabal, then Pick Up Wrench. Head up the ramp and you can Open Fuel Line by placing the wrench in its designated spot. You need to do this twice in order to progress.

The next step is to activate the generators. You do this by killing yellow-bar Cabal called Imperial Technicians. They will drop a Fusion Cell, which you can then pick up to Activate Generator. You need to do this twice whil simultaneously fighting off the Cabal minions.

At this point you're just doing some walking and navigating through the Cabal base. Ensure that you're briging up your Ghost if you don't know which way to go. You'll eventually reach a point where you can place a Raid Banner, which in this case is called a Campaign Banner. They are the same thing. Enter the room and you'll get a mini objective for Override Codes Acquired. You'll need to get two by killing two yellow bar Imperial Engineers. You don't need to place them anywhere, just pick them up from the bodies of the dead Cabal.

Move forward and defeat any Cabal you find along the way. You'll enter a room where you can Adjust Cannon Trajectory to point it where you need to go. Once you interact with the console to do that, hop inside the barrel of the big gun and launch yourself onto Savathun's ship, as one does.

You're back to finding Savathun now that you're on her ship. Enjoy the views and deal with the small pockets of Hive that you run into. You'll continue forward until you can place another Campaign Banner. Do this, then collect five Tributes. You get Tributes by killing yellow-bar Tribute Bearers, and then picking up the Tribute and standing on the plate by the door. Once you have all five, you can move foward, exploring the ship more and fighting other small pockets of Hive. You'll eventually come to a gate you can't get through, so you'll need to jump up and around to bypass it.

Once you're around the gate, Investigate the Statue by approaching it and choosing the option to Pick Up Fragment. You'll then have to defend yourself against a decent Hive onslaught, but it's nothing you can't handle. Fight them off and move forward.

You're back to finding Savathun, which includes several minutes of fighting Hive and exploring her ship. Continue forward until you spot Savathun, at which point your objective will shift ever so slightly.

Fight through the wave of Hive and kill the Lucent Knight. This isn't too hard, but you'll quickly realize that this Knight can revive itself. Kill it again, then approach the Knight's Ghost and press the Finisher input to destroy it permanently. Your Ghost won't be overly thrilled about this, but you must push forward.

Now that you have killed the Knight, it's time to pursue Savathun. This is done by again collecting Tributes, which are collected from three Tribute Bearer enemies. You'll spend a few minutes moving through her Throne World and killing more foes, before you finally find the Witch Queen herself.

You're now going to fight Savathun in the Queen's Bailey. Do your best to defeat the Witch Queen and all the minions she throws at you. This fight isn't overly tough, which should be a sign that this may be another trick.

You can now claim your reward, which is going to be a debuff called Threadbound. This debuff holds you in place and then boots you from Savathun's Throne World. You'll get a cinematic now, signifying the end of the first mission of the campaign. Well done, Guardian.

This walkthrough is in progress and is being filled out as we complete the Destiny 2: The Witch Queen campaign.