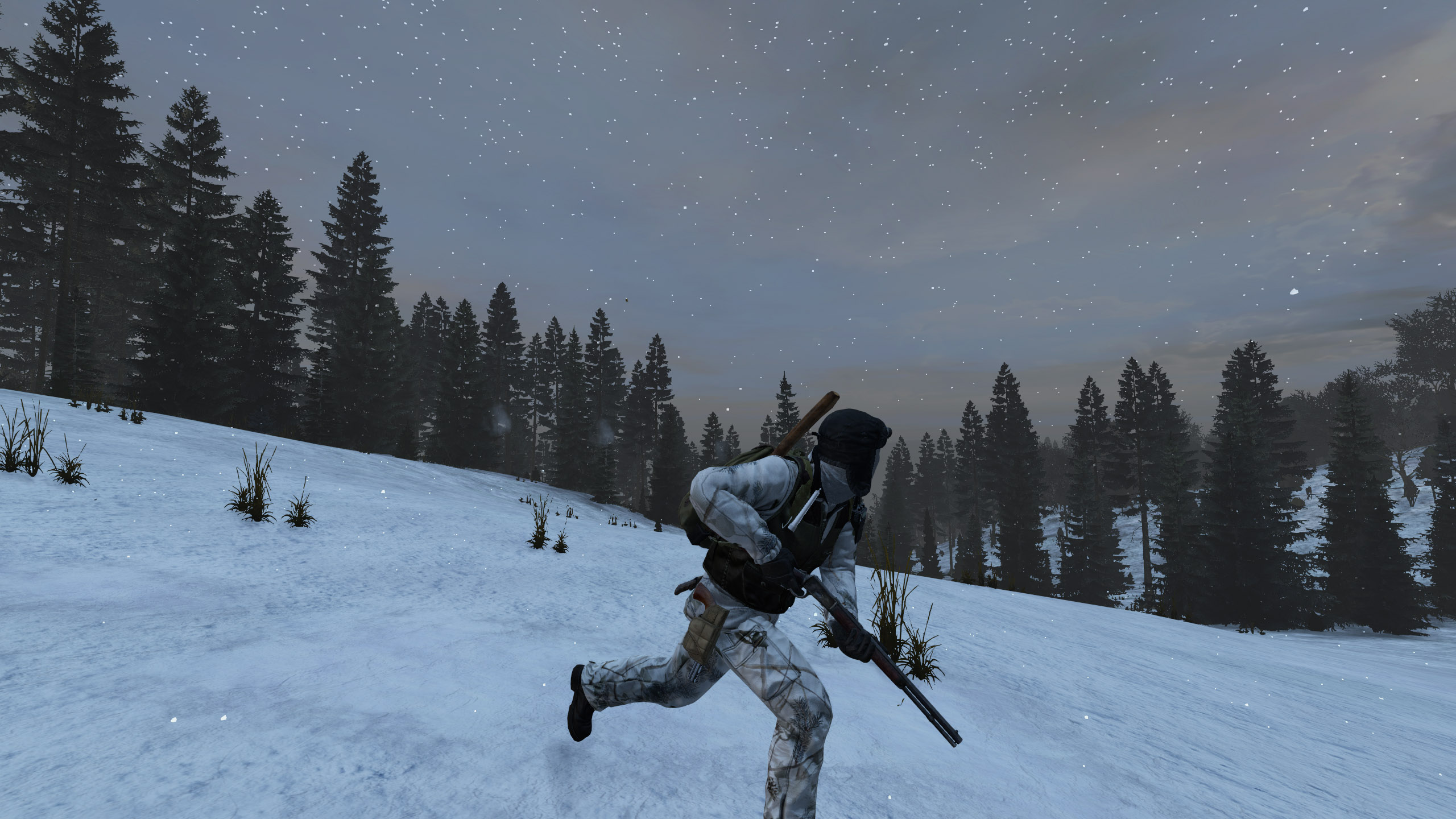 Does DayZ have an auto-run option?

There’s a lot of walking and running in DayZ, so do the controls and keybindings include an auto-run option?

Anyone who’s played enough DayZ knows the grind of running from the coast back to your body up by the Northwest Airfield. Depending on distance and circumstances, this can be 15-20 minutes of sprinting, made worse by DayZ’s stamina limitations and gunfire from other players. If you like to daydream on your way back to your body, you’re probably wondering if there’s an auto-run feature in DayZ.

Does DayZ have an auto-run option?

No, there is no auto-run feature in DayZ. As of right now, players must hold the W key (or equivalent controller input) to move their character forward. If you want to sprint, you’ll need to also hold the Shift key (or controller equivalent). Some players can circumvent this annoyance on PC by jamming a coin into their keyboard to force the W key to compress and stay that way. This isn’t ideal, but it’s a workaround if you’re desperate. It’s something DayZ players have been doing since the earliest days DayZ Standalone was available on Steam.

Should DayZ have an auto-run feature? Yes, it should, and I’m not here to debate the impact this will have on immersion. The reality is some players need more accessibility options to play games, and an auto-run option for a game that asks you to walk or run for extended periods is likely to cause trouble. Anyone who doesn’t want or need an auto-run feature in DayZ could simply ignore it with no harm done to their experience. It should be there for those that need or want it, though.

Unfortunately, DayZ does not feature an auto-run or auto-walk option right now. This is a miss for every update that passes where one isn’t added. Not only would it make DayZ more accessible, but it’s also something community members have been begging to have added for the better part of a decade. If one is added, we’ll be sure to update this guide.