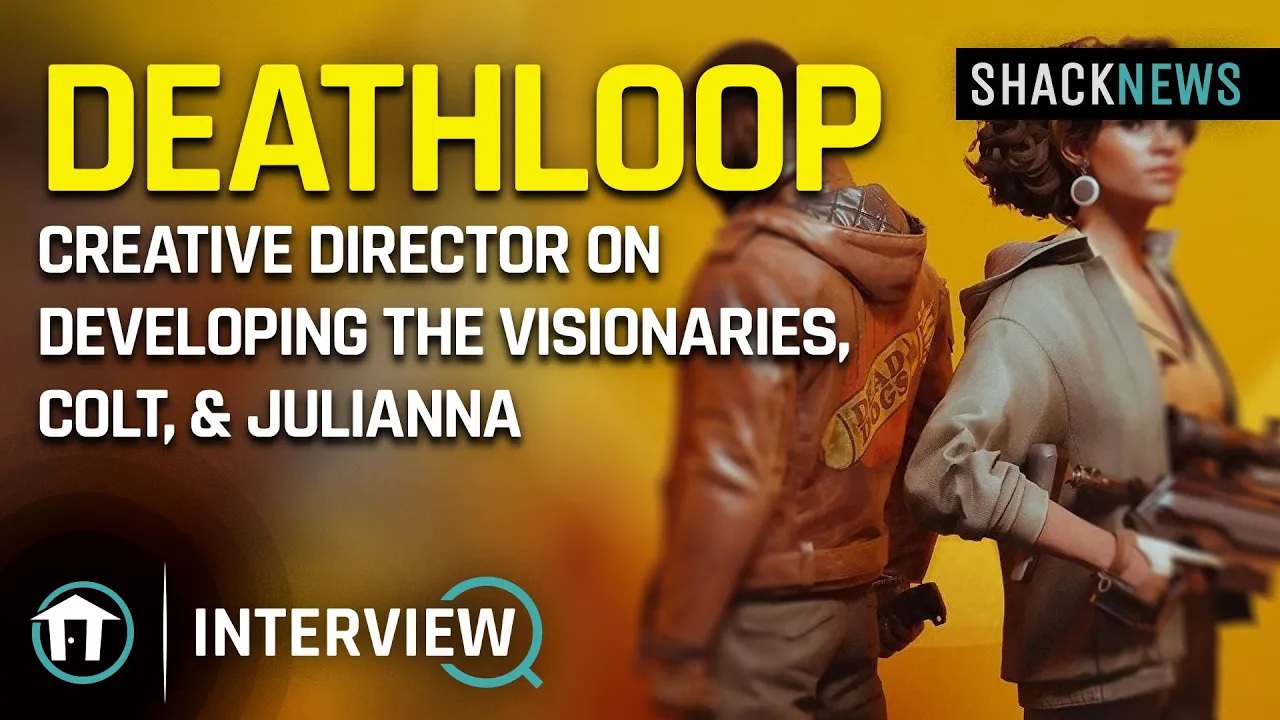 We sat down with Creative Director Dinga Bakaba to all about Deathloop, including action vs. stealth, weapon design, Colt, Julianna, the Visionaries, and more.

We are fans of Deathloop here at Shacknews. After all, the game got away with not only our Best Headshot of 2021 Shacknews Award, but also our hallowed Game of the Year 2021 award. There’s a ton to love about the game, and recently, we were able to sit down with Deathloop Creative Director and Arkane Lyon studio head Dinga Bakaba to talk about all of our buring questions about the game. You can watch it all across three lengthy videos below:

Anyone who has played an Arkane game will recognize the studio’s pedigree for stealth. Deathloop still has that, but it also pumped up the action by multitudes to make it highly satisfying to go loud in the game. In this first part, we talked with Bakaba about the efforts to balance action and stealth and make both feel like good options to the player. We also talked about the effort that went into designing the time loop puzzle and making each of the four areas in the game drastically different based on the time of day you visited it.

As the interview continues, we dig into some spicy details about the character design and development throughout Deathloop. Some fun stories are had in this segment, including one about how Aleksis Dorsey’s voice actor won his role in auditions. We also dig into some interesting details about Colt and Julianna’s banter and how Julianna’s powerhouse personality was actually a pretty late design decision in crafting the game’s visionaries. It’s nearly impossible to think of the game without Colt and Julianna’s banter, but Bakaba shared how their voice actors, Jason Kelley and Ozioma Akagha, brought a whole new level of life to the duo inside and outside the recording booths.

In this third part of the interview, we discuss weapon design with Bakaba. A huge part of the reason the game won Best Headshot is because of the excellent feel of the weapons and powers. Bakaba goes into deep details on how the team went into designing weapons that fill roles, but also feel satisfying all-around. We further talk about what it was like developing a game on the new technology of the PS5. In particular, we talk a lot about the various features the DualSense controller allowed for, including the visceral charge and release of nails in the Silenced Nail Gun, as well as the feel of a weapon jamming or reloading. Finally, we get an impromptu speech from Bakaba on acceptance of the Shacknews Game of the Year.

We couldn’t thank Dinga Bakaba enough for so much of his time and you can find more videos like this Deathloop interview on our YouTube channels at Shacknews and GamerHubTV. Be sure to check in on both channels for our latest gameplay, interviews, reviews, unboxings, and more on the latest video games, technology, and toys.