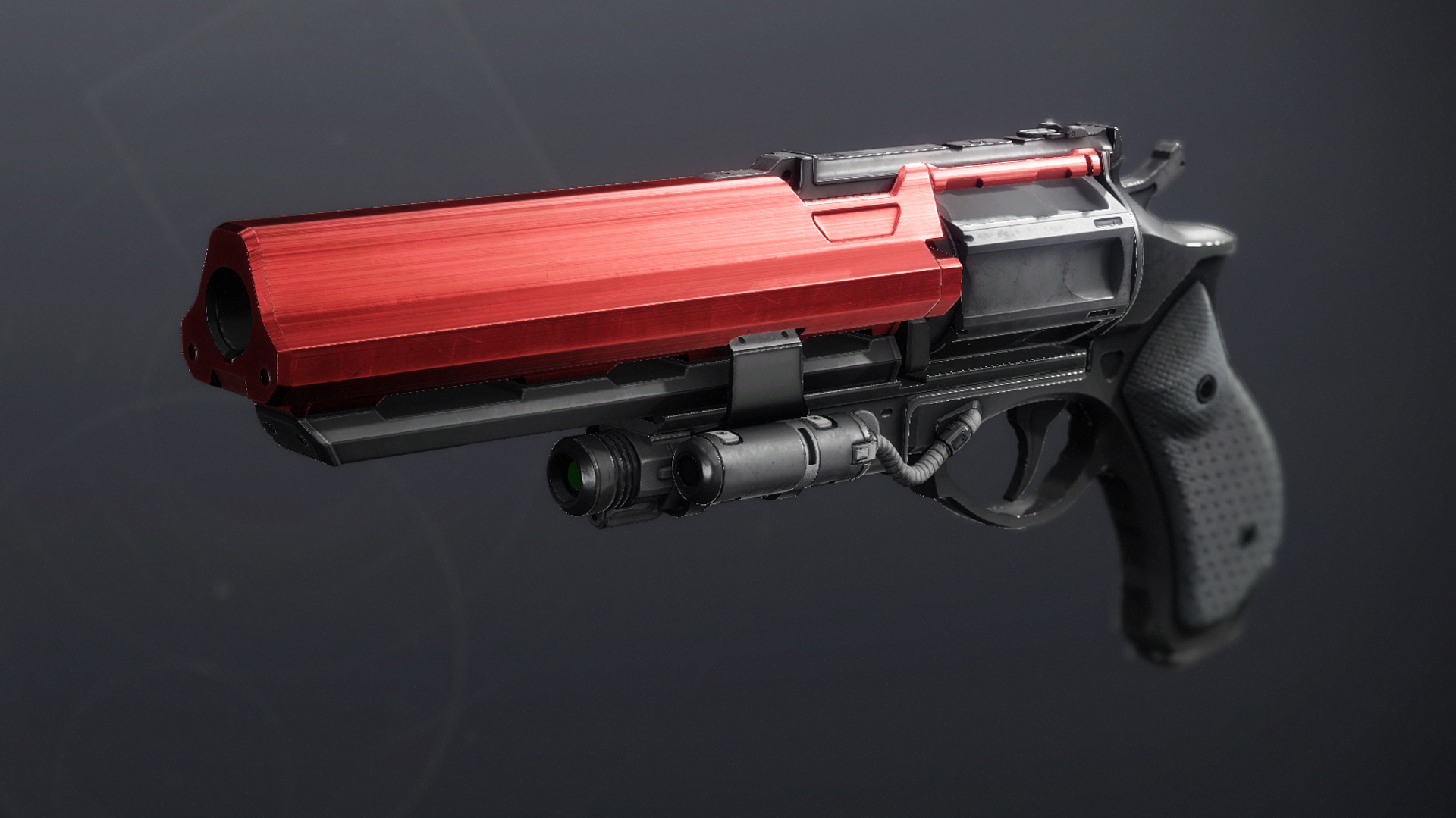 Crush your foes with an Eyasluna god roll in Destiny 2.

Eyasluna is a mighty fine Hand Cannon that is likely going to sit in your Kinetic slot for quite some time. Despite using primary ammo, this thing deals Stasis damage, meaning it could have some nice synergy with the various Stasis Fragments on offer. Now, the gun does suffer in its Range stat, and its Handling could be better, so bumping those up will be important.

A PVP Eyasluna god roll is likely going to focus on increasing your damage potential. You will also want to improve its Range to push out that damage drop-off and potentially address its Handling.

Straight away, the Truesight HCS sight offers a nice range of stat boosts across the board. You’ll see improvements to just about all areas of the gun. However, if you want to focus in on something specific, there are some other options but just be mindful that a lot of them will reduce other stats. For the magazine, Ricochet Rounds boosts both Range and Stability, a great option for Crucible play.

For the perks, there is a bit of freedom here thanks to its solid line-up of options, however, I like to lean into the gun’s damage potential. The thing already hits like a freight train, but we can do better. Kill Clip will increase the amount of damage you deal after you kill and reload, and Outlaw bumps that reload speed up on a precision kill – which you ought to be trying for all the time.

If you’re more concerned about hitting your target, Rangefinder and Moving Target are viable options, though they don’t offer the same damage boosts. Similarly, Perpetual Motion will boost the gun’s Stability, Handling, and reload speed while you’re moving.

For the Masterwork, Range is by far one of the best options as it means you can dual at greater distances. The mod slot is where it becomes a personal preference. For me, I want to ensure my mid-air shots have a greater chance of hitting their target.

A PVE Eyasluna god roll is going to vary wildly depending on your personal playstyle. Improving the stats isn’t as important for general play as it is in PVE, so you can afford to be a bit more lax with your selection. In saying that, keeping a similar sight and magazine perk as above is a good idea.

As mentioned about, Truesight HSC and Ricochet Rounds do wonders at improving every aspect of Eyasluna. If, for some reason, you’re finding the magazine a bit too shallow, Appended Mag might be a good idea or Extended Mag with Outlaw. Even something like High-Caliber Rounds is good in PVE as it will knock foes back.

For the perks, Outlaw continues to be a trait that makes any Hand Cannon feel better. With so much fodder to shoot, you’ll be able to get a precision kill fairly easily. You might also consider Rapid Hit as a backup if you can’t get Outlaw.

In terms of the other perk, Demolitionist is just a fine perk that continues to do wonders. Get kills to earn grenade energy, throw a grenade to refill your magazine. Now, you may consider Headstone if you have a Stasis build and want to take advantage of Stasis crystals.

When it comes to the Masterwork, Range is the best bet here as combat in PVE can take place over longer distances. Slap on a Major Spec mod and you’ll be dealing a bit more damage to those tough enemies, including Champions.

Eyasluna is a fantastic Hand Cannon in Destiny 2 that’s made better with the right perks. The only trouble will be actually finding an Eyasluna god roll. Keep in mind, the above recommendation may not fit with your personal playstyle, and if that’s the case, let us know in the Chatty thread what your god roll looks like. For more perk recommendations, head over to the Shacknews Destiny 2 Guide.