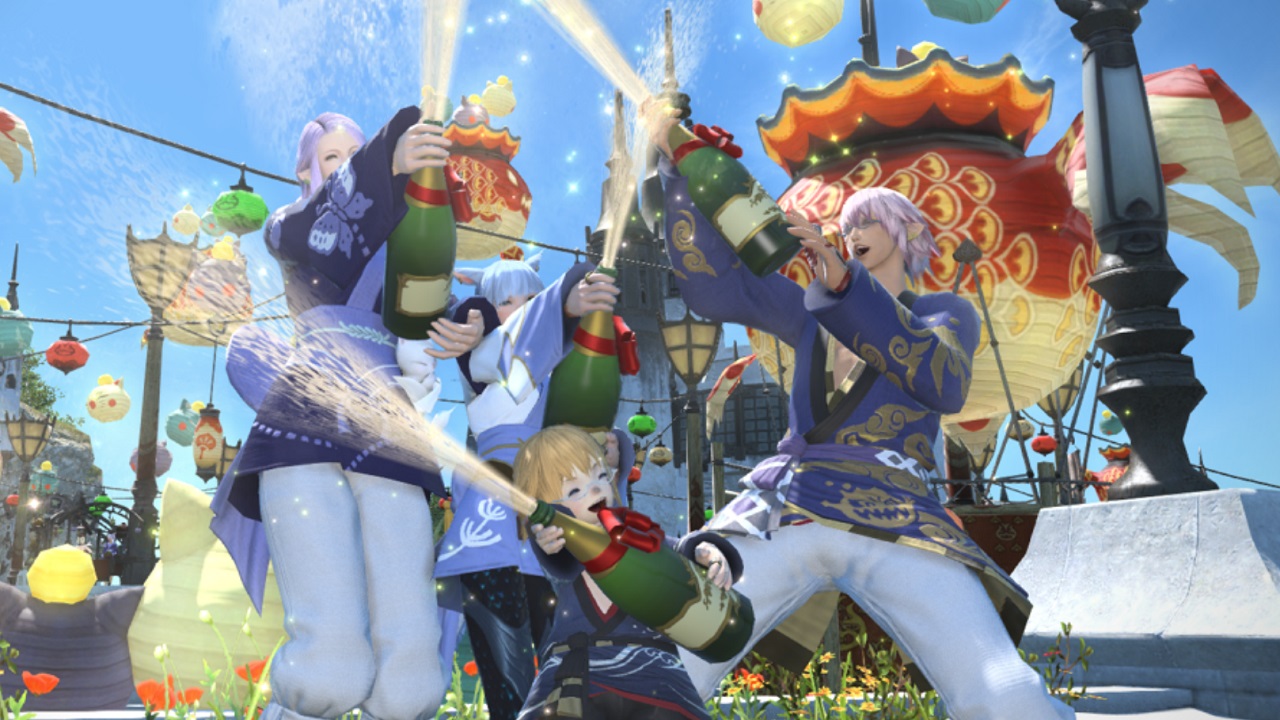 As Final Fantasy 14 closed out the end of 2021, a peculiar thing happened. The game was so popular worldwide that extreme server congestion forced Square Enix to suspend new sales and free trials of the game to try to slow the problem down. Now, in 2022, Final Fantasy 14 director Naoki Yoshida has announced that new servers are coming and sales will resume for new players at the end of January.

Yoshida shared a major update on what’s going on with Final Fantasy 14 and the resuming of sales in a post on the game’s website on January 13, 2022. With the release of both a current gen version on PS5 and the Endwalker expansion, Final Fantasy 14’s server capacity worldwide was taxed to the limit coming into the holiday, so Square Enix suspended sales of new copies, as well as free trial sign-ups and downloads while the developers figured out a solution. Yoshida has announced that new servers are incoming, will be bolstered well into 2023, and digital sales of Final Fantasy 14 will resume on January 25, 2022.

Having too many players might sound like a good problem to have, but Naoki Yoshida goes out of his way to assure fans that the Final Fantasy 14 team and Square Enix are feverishly at work trying to spruce up the game’s infrastructure so that everyone who wants to play can do so.

“Once again, I wish to apologize for the delays to server expansion caused by the global semiconductor shortage. The necessity for communities to separate due to the regrouping of Worlds is another inconvenience that may prove unavoidable for some players, and we ask for your understanding as we work to alleviate this issue. Despite these hardships, however, we believe this server expansion is a significant step forward in providing players the best gaming experience possible in FFXIV. Work on bolstering the servers will continue well into 2023, expending a vast amount of financial resources and manpower, but we will do our utmost to ensure this endeavor has no negative impact on your ability to play, so we would appreciate your support while you continue on your adventures.” ~ Naoki Yoshida

With that in mind, it seems if you haven’t jumped into Final Fantasy 14 yet, you’ll be able to once more when digital sales and free trials of the game resume on January 25, 2022. Stay tuned for further updates and information as we cover the latest on Final Fantasy 14 here.