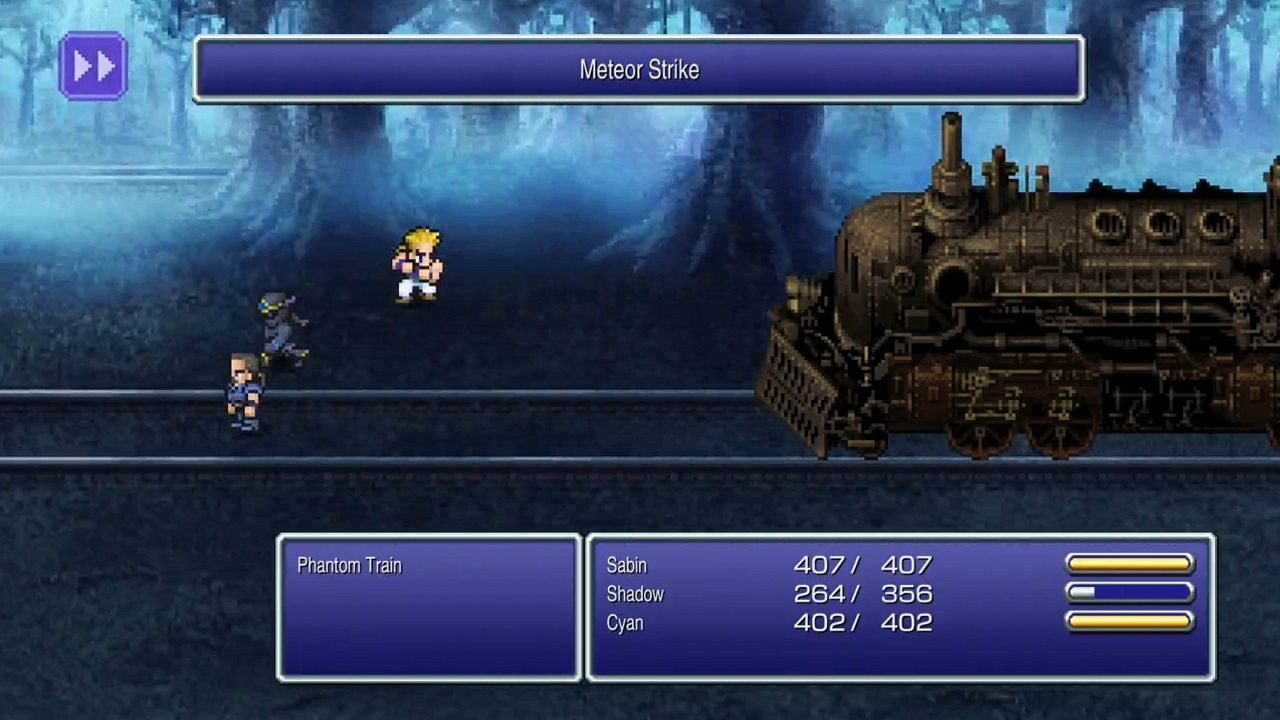 What would a rework of Final Fantasy 6 really be worth if Sabin couldn't properly suplex a ghost train into oblivion?

Of all the Final Fantasy games, Final Fantasy 6 is one that a lot of fans hold near and dear to their hearts as some of the best the franchise has to offer. It has good heroes, absolutely dastardly villains, a great soundtrack, and the abilities to suplex anything including a ghost train. That last detail in particular has been a happy joke among the Final Fantasy community for a long time and Square Enix has assured fans that it will be intact and in proper form when Final Fantasy 6 Pixel Remaster launches.

Square Enix confirmed this happy detail in a post on the Final Fantasy Twitter on February 17, 2022. It actually began with showing off a clip of the Phantom Train boss battle and Sabin using his suplex move (otherwise known officially as Meteor Strike) to hoist the train up into the air and smash it down. Fans, however, took note that the train should be flipped when it is slammed as it was in the original game. To this, Square Enix responded that, rest assured, it was an early look at the fight and the train suplex would be in proper working order on release.

We’re still hard at work polishing Final Fantasy VI pixel remaster in time for launch next week, and we saw some of your comments that the Phantom Train didn’t flip during Meteor Strike. The video was taken from a pre-release version, and will be adjusted in time for launch!

It might seem like a pretty silly and trivial concern, but it seems that Square Enix is dedicated to making sure these games feel right for fans. After all, the Phantom Train suplex has been an iconic part of the fun of Final Fantasy 6 since it came out in 1994. The Final Fantasy Pixel Remasters have been chugging along through the series since they were first announced back in 2021. Final Fantasy 6 is officially slated to join the collection on February 23, 2022, next week, via Steam on PC and on mobile devices.

With that in mind, it looks like players can remain assured that when they put in the command for Sabin to suplex the train (and any other applicable foe), he sure as heck will in proper form. Stay tune for more details as we approach the Final Fantasy 6 Pixel Remaster launch shortly.