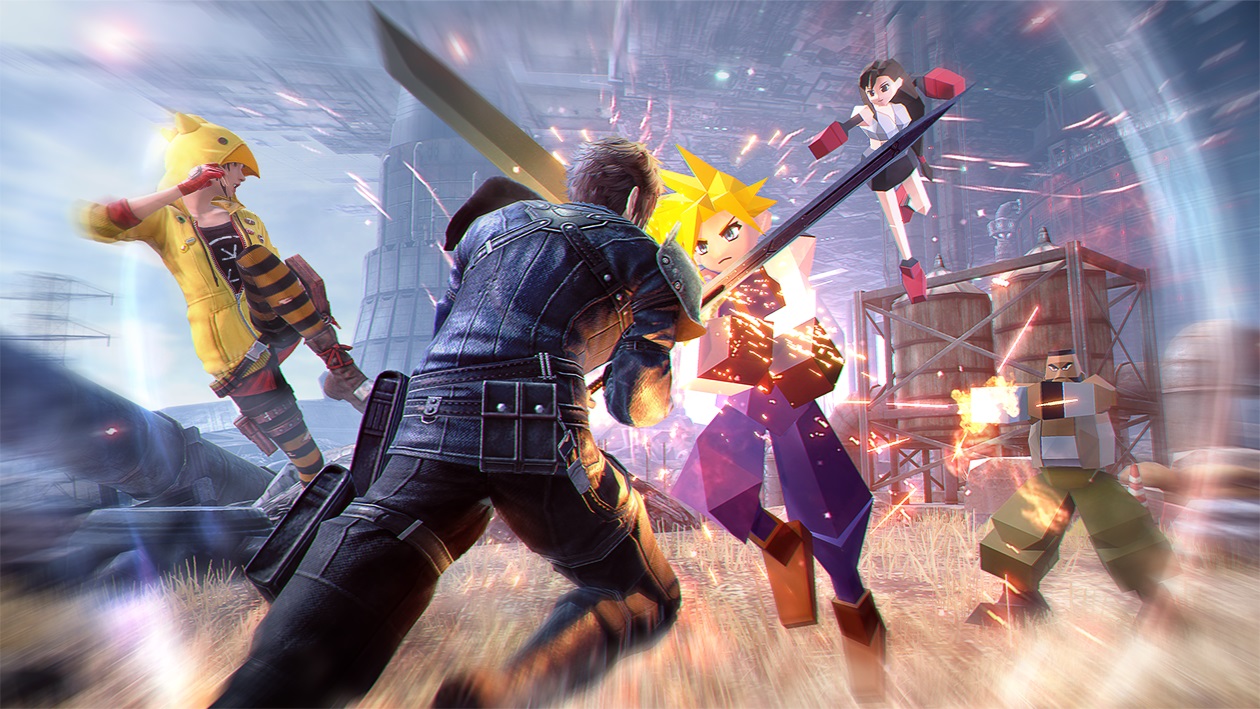 For those who haven't heard, 2022 marks the 25th anniversary of Final Fantasy 7's original release on the old-school PlayStation. As arguably the most popular and memorable entry in the series, Square Enix is looking to celebrate this momentous occasion throughout the year. That includes a special event for its recently-released mobile combat game, Final Fantasy 7: The First Soldier.

While The First Soldier is stylized closer to Final Fantasy 7 Remake, the latest FF7 25th Anniversary event will introduce items and monsters pulled straight out of the original game's PS1 era. That includes PS1-era skins for Cloud, Aerith, Tifa, Barret, and more. The whole collection is available through a Premium Shinra Pack that will only be available through February 28, though the site notes that the pack may return in the future. A second round is being teased for a later date and features a few familiar silhouettes, including a certain One-Winged Angel.

As the for the actual FF7 25th Anniversary event itself, special monsters will litter the battlefield throughout the next few weeks. Starting up these encouters will queue up classic FF7 music and offer players an additional challenge beyond staying alive against the rest of the field. Prevailing in these encounters can lead to special loot drops, which can include unique Banners, Buster Sword and Mythril Saber Back Accessories, and even a Cloud in Dress skin from the original game.

The Final Fantasy 7: The First Soldier FF7 25th Anniversary event is currently underway. It will continue until Sunday, February 27 at 6 p.m. PT/9 p.m. ET. This is just scratching the surface for Square Enix's planned 25th anniversary celebration for Final Fantasy 7, so we'll be on the lookout for more news as it comes up.