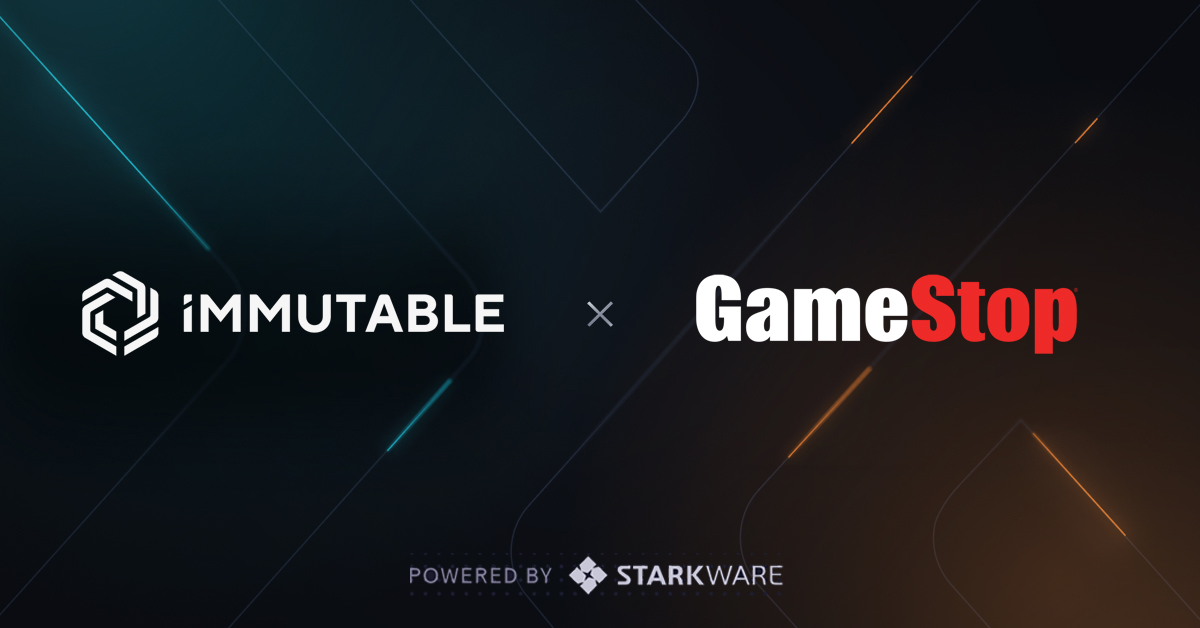 The long-rumored GameStop NFT marketplace has finally been confirmed by the company and the announcement contains details about a $100 million fund for creators.

GameStop has announced a partnership with Immutable X on their upcoming NFT marketplace. The partnership creates a $100 million fund in Immutable’s IMX tokens, which will allow both parties to use for grants to NFT creators. Immutable X will also be the layer-2 partner and platform for GameStop’s upcoming NFT marketplace. The deal also allows for Immutable X to provide an additional $150 million in IMX tokens to GameStop if certain milestones are achieved.

GameStop and Immutable X are inviting Web 3 and metaverse game devs, gaming studios, and all sorts of creators to apply for part of the $100 million IMX Grant Program. Co-founder of Immutable Robbie Ferguson posted a video message to Twitter in celebration of today’s announcement.

“We think GameStop has the potential to cement itself as the ultimate destination in the new paradigm of gaming. One that rewards players, rather than extract value from them. We’re thrilled to return power to players with GameStop.” – Immutable Co-founder Robbie Ferguson

It’s important to note that GameStop recently paused sign ups for the NFT creator program, but today’s announcement shows that wheels are still in motion for a marketplace launch. The broader video game industry has run into serious pushback from developers and fans over the past few months with several NFT projects being announced and canceled. Most recently, Team 17 set a speedrun record for backtracking an NFT game announcement, so it remains to be seen how this GameStop NFT marketplace will be received.

Regardless how you feel about NFTs, this marketplace shows GameStop is interested in evolving beyond the traditional brick and mortar retailer business model. With a minimal amount of risk, and the right content, this platform could create a whole new revenue stream for the company.

At the time of this article, Shacknews primary shareholder Asif A. Khan, his family members, and his company Virtue LLC had the following positions: