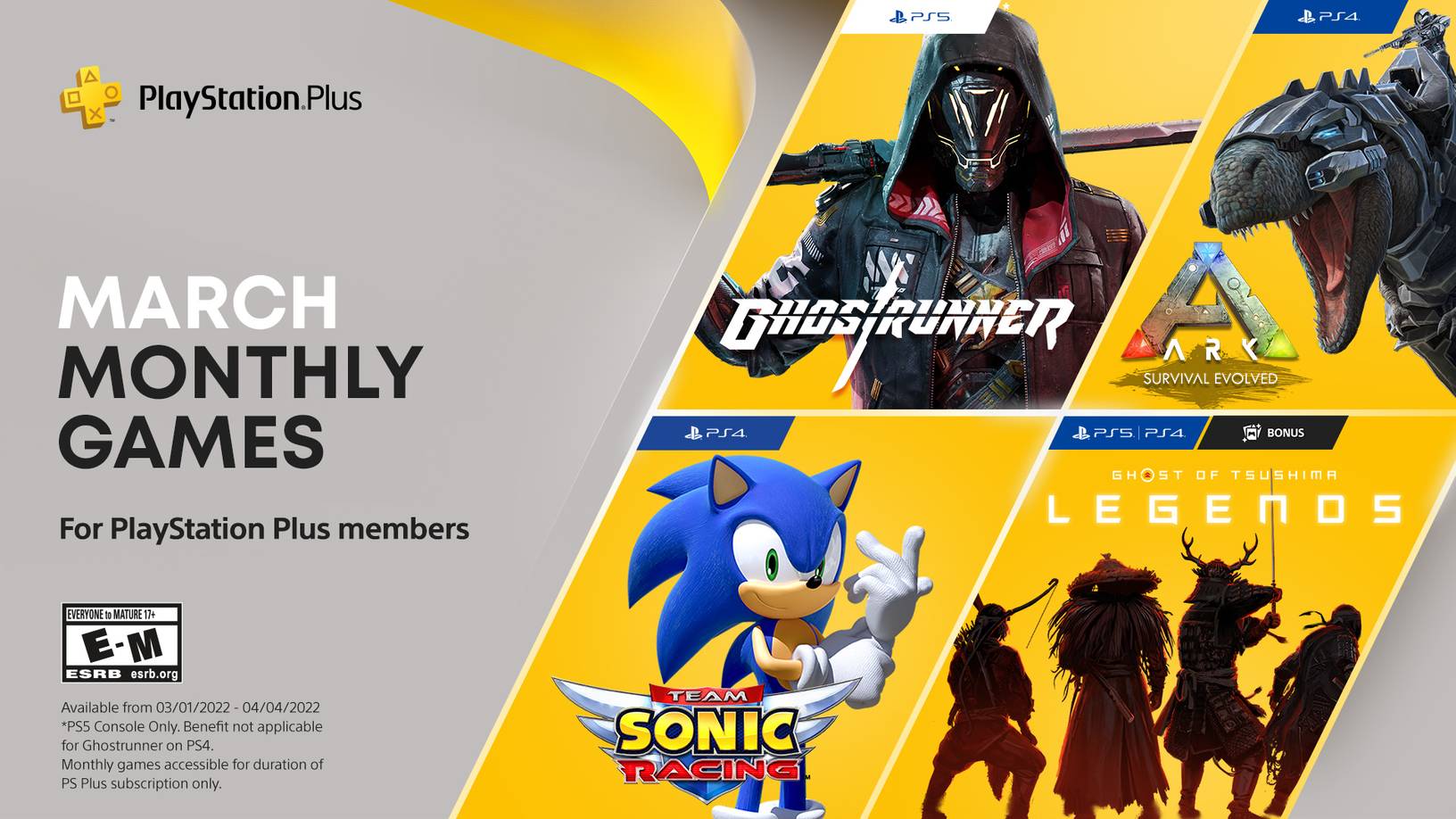 Sony has revealed the next slate of games coming to PS Plus subscribers, including Ghost of Tshushima's multiplayer.

With February coming to a close soon, PS Plus subscribers are looking forward to what the service will bring in March. Ahead of the start of the new month, Sony has pulled back the curtain, revealing just what games will be joining the service. Newcomers to PS Plus include Team Sonic Racing, Ghostrunner, and Ghost of Tsushima: Legends.

Sony announced the new games coming to PS Plus with a post to the PlayStation Blog. The following titles will be available to download for subscribers on March 1: Ghostrunner (PS5), Team Sonic Racing (PS4), Ark: Survival Evolved (PS4), and Ghost of Tsushima: Legends (PS4 and PS5).

The major standout here is Ghost of Tsushima: Legends. Originally added after the game’s July 2020 release date, Legends allows up to four players to partake in raid-style missions, assuming the roles of different character classes. This expansion brought a unique alternative to Ghost of Tsushima’s single players and became a standalone product back in 2021. Now, players can jump into the game’s multiplayer experience at no additional charge.

Ghostrunner is this month’s PS5-exclusive addition. Another 2020 release, we were big fans of the cyberpunk platformer in our review. Team Sonic Racing and Ark: Survival Evolved are available for PS4 players, but can be enjoyed on the PS5 through backwards compatibility.

Those are your March 2022 PS Plus games. If you’re yet to play any of these titles, this is a great opportunity. Be sure to claim them while you can, even if you don’t plan on immediately playing them. For more on the latest changes to PS Plus, Shacknews is your place.