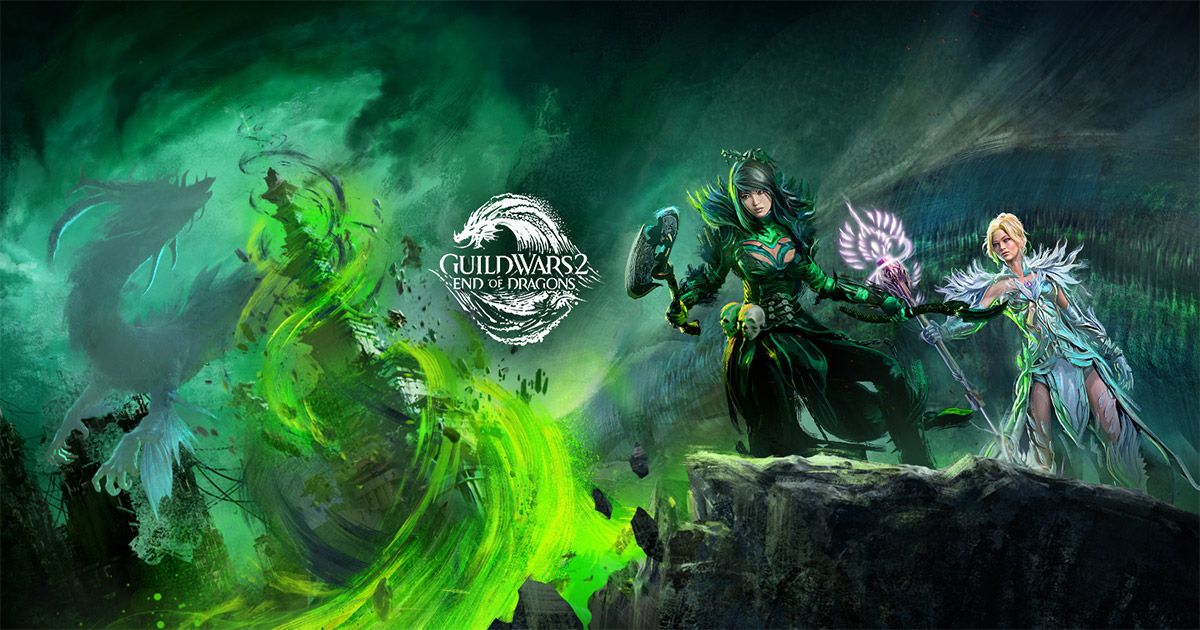 Guild Wars 2 developer ArenaNet has provided the notes for the MMOs latest patch.

These are the full patch notes for the Guild Wars 2: End of Dragons update. The update is live now and is available for all players.

With Canthan isolation, the Luxon armada has become a thing of the past, but the remnants of the once-great society have been able to maintain their traditions by continuing to raise siege turtles. Modern turtles are now outfitted with the latest in jade tech. From powerful jump jets to carry them across the Jade Sea to the great siege cannons to pummel their enemies to dust, siege turtles represent the merging of past traditions with Cantha's technological future.

Earn your siege turtle by completing a series of collections beginning in the Jade Sea.

The siege turtle comes with two seats. The owner will take on the role of the driver controlling movement, the turtle's basic slam attack, and any previously unlocked mount utility skills. The passenger will control the mount's turrets and can give the driver a boost with Overdrive. To join another player's mount as a passenger, you will need to join their party or squad.

Masteries now have a dedicated skills menu that can be accessed underneath the Swap Weapon Sets button on the left side of the skill bar once you've discovered your first Mastery skill in End of Dragons.

Introducing the jade bot! Jade bots are new robotic assistants that can be configured to help in many different ways, provided you find the needed parts. You'll unlock your jade bot and its Mastery line as you progress through the End of Dragons main story.

Jade bots have three equipment slots that you can use to customize them.

Your first power core and sensory array will be given to you as you complete the story. Learn recipes and look for components dropped from specific enemies or events to continue to enhance your jade bot!

Once unlocked, fishing can be accessed from the new Mastery Skill menu, and you can fish wherever water of swimmable depth is found. Fishing nodes, which provide the best rewards, can be found in explorable zones throughout the game, both old and new.

Your fishing gear can be changed via the new Fishing section of the Equipment tab in the Hero panel, where the following can be found:

An ally faction of Cantha, the Kestrels, have offered Arborstone to you to use as your home base in Cantha. Once belonging to the great Kurzick house zu Heltzer, the Kestrels claimed the ruin and used it as a place of refuge for those fleeing the Ministry of Purity's persecution. These days, the Kestrel rangers have little use for it themselves and so have allowed you to take over its upkeep and expansion. While the upgrades are player-specific, the space is a multiplayer hub, allowing you to experience Arborstone with your friends. Every tier you unlock adds more to this expansion, bringing new features and stories to explore. You'll unlock Arborstone and its restoration Mastery line as you progress through the End of Dragons main story.

"My power shapes and bends the world."

Renewed Justice: Virtue skill 1 cooldown reduction lowered from 100% to 20% for firebrands only. Firebrands currently in Tome of Justice will gain one page instead.
Mantra of Solace: Aegis removed. This skill now instead grants 3 seconds of protection and resolution to the firebrand and their allies.
Ashes of the Just: The internal cooldown of this effect is now tracked per target per player, allowing stacks of Ashes of the Just to be expended faster when multiple targets are hit.

Signet of Mercy: Increased cooldown from 90 seconds to 135 seconds in PvP only.

"I will silence the threat before it can fester."

"I imagine blades, you bleed."

"Volatile powers, all at my fingertips..."

"Unleashed, unbound—the rage of the Echovald Forest lives in us."

"Once, we fought each other... Now we unite against a common enemy."

"Join me—the darkness is our ally."

Those are the Guild Wars 2: End of Dragons update patch notes as shared by the developer. For more on the latest updates coming to Guild Wars 2, Shacknews is your place!