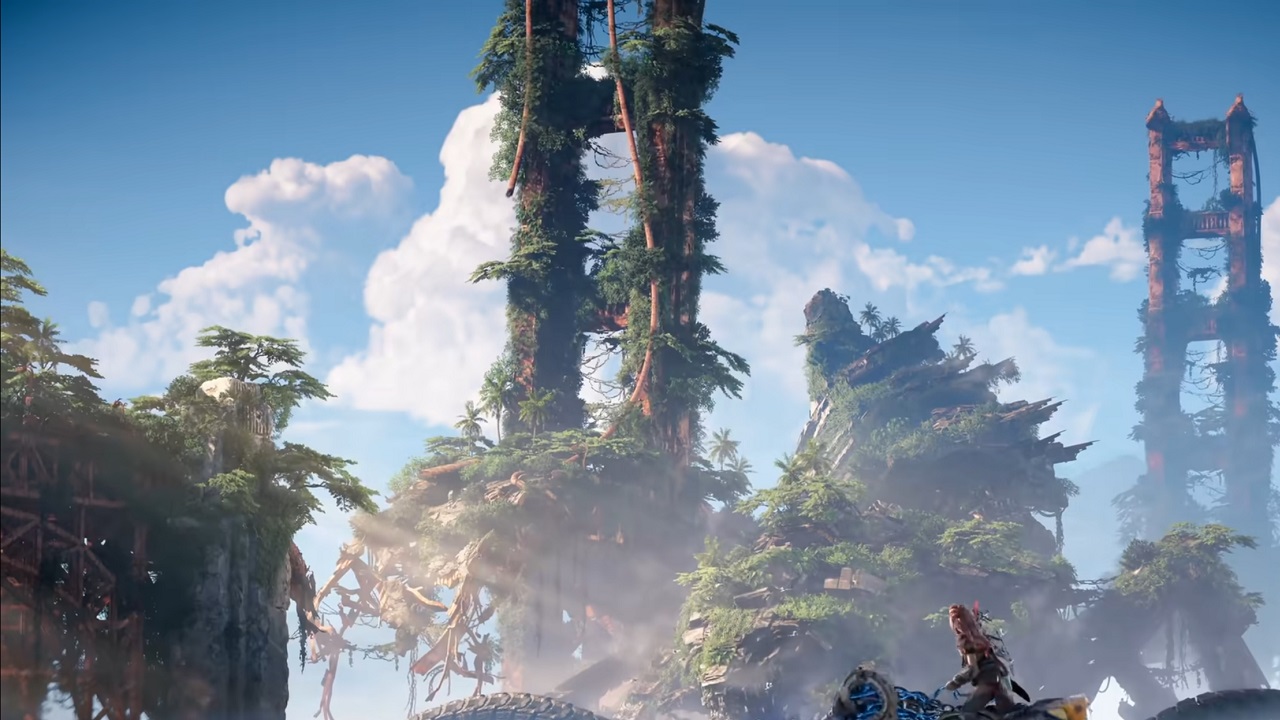 For every unlock of the 'Reached the Daunt' Trophy in Horizon Forbidden West, Sony will plant a tree in partnership with the Arbor Day Foundation.

In case you somehow missed it, a huge part of Horizon Zero Dawn and Horizon Forbidden West’s theming is a world destroyed by human hubris and technology and reclaimed by nature (in tandem with that existing autonomous technology). The natural world is a vast and beautiful part of the Horizon series and Guerrilla Games and Sony are using that theming to do some good around Horizon Forbidden West’s launch. The Play and Plant Program has been announced to aid reforestation efforts based on players who reach a certain achievement in the game.

Guerrilla and Sony announced the Play and Plant Program for Horizon Forbidden West in a new trailer on the PlayStation YouTube channel. Sony has partnered with the Arbor Day Foundation to plant trees in various reforestation efforts in North America. The program is dependent upon players obtaining the “Reached the Daunt” PS Trophy in the game, one which apparently comes pretty early. For each Trophy obtained, Sony and Arbor Day Foundation have promised one tree to the Douglas County Forest, the Sheep Fire Private Lands, and the Torreya State Park.

This is a pretty interesting way to go about a charity, and it looks like one that is sure to succeed on the side of the players. Horizon Forbidden West already has tons of critical praise throughout the gaming industry (including in our own Shacknews review), and the game already has sold over a million copies in pre-orders as well. With Sony and Arbor Day Foundation hoping to reach a goal of around 288,000 trees and the general ease of the PS Trophy in question, this effort seems like an easy tee up for players to help Sony do some good in the world while just playing a really great game.

With Horizon Forbidden West hitting at the end of this week as a major part of the 2022 gaming calendar, stay tuned to our coverage of the game for guides and further updates.