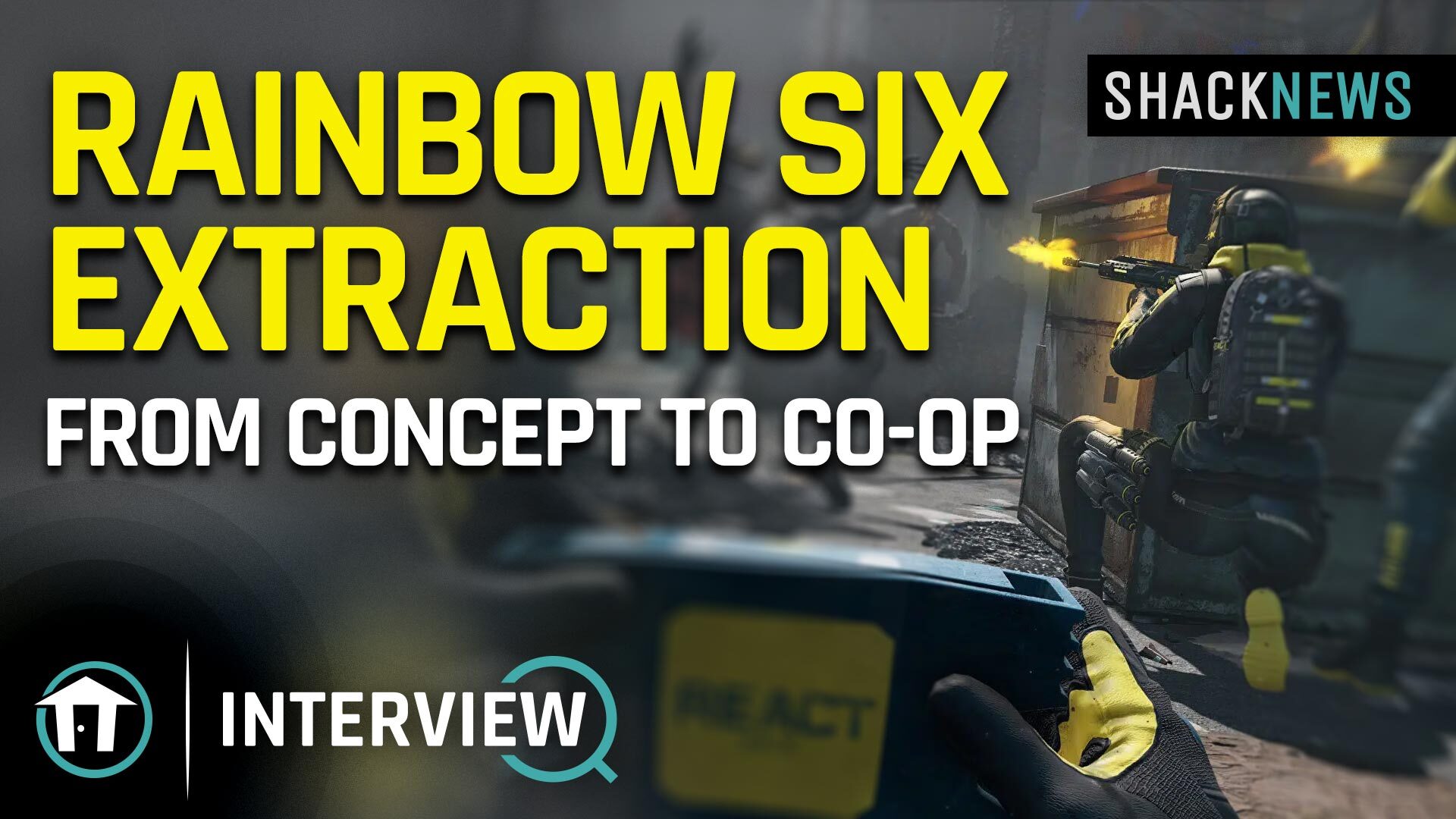 How Rainbow Six Extraction is ‘an entirely different world’ from Siege

It’s not quite a Rainbow Six multiverse, but we talk to Lead Technical Director Bruno Lalonde and Lead Writer Linda Nguyen about how Rainbow Six Extraction was inspired by, but also differs from, Rainbow Six Siege.

It’s easy to look at the upcoming Tom Clancy’s Rainbow Six Extraction and dismiss it as a mere spin-off for Ubisoft Montreal’s ongoing tactical multiplayer shooter, Rainbow Six Siege. However, the studio has much more in mind for this co-op shooter, which takes the Siege Operators and places them in the middle of a hostile alien invasion. To learn more about it, we recently spoke with Lead Technical Director Bruno Lalonde and Lead Writer Linda Nguyen.

“There was a limited time event called the Outbreak event and I believe this was in 2018,” Nguyen told Shacknews. “We were fascinated by how the community responded to an event like that. A squad is fighting this alien threat and we thought, ‘Why don’t we make this into a game? Let’s put in more maps, let’s have more Operators, let’s have more enemy types, and let’s just go from there.'”

In this world that operates parallel to Rainbow Six Siege, the familiar Siege Operators face down a collective alien parasite threat. There are 18 Operators to start, each of whom bring their respective abilities from Siege and apply them to a PvE setting. Up to three players work cooperatively in an effort to complete objectives and survive. As Lalonde and Nguyen explain, additional maps and lore can be unlocked over the course of the game.

“This is an entirely different world,” Nguyen added. “We do have Operators from Siege join in this new environment and they’re in brand new situations. But it’s still its own thing. They are living, breathing characters, but in different situations. Players and the community, they’re going to find out little tidbits of information about these Operators that may be different. We’ll see how the community reacts to certain pieces of information and news about these Operators in this new environment.”

Lalonde and Nguyen also explain the Incursions and their randomized objectives, the endgame Maelstrom Protocol, evolving Siege’s acclaimed physics engine, and Extraction’s future in regards to new Operators. It won’t be long before Tom Clancy’s Rainbow Six Extraction’s invasion begins. The game will hit PC (via the Ubisoft Store and Epic Games Store), PlayStation 5, Xbox Series X|S, PlayStation 4, and Xbox One on Thursday, January 20. You can learn more about our own hands-on experience with the game by checking out our preview. For more interviews like this, be sure to subscribe to Shacknews and GamerHubTV on YouTube.