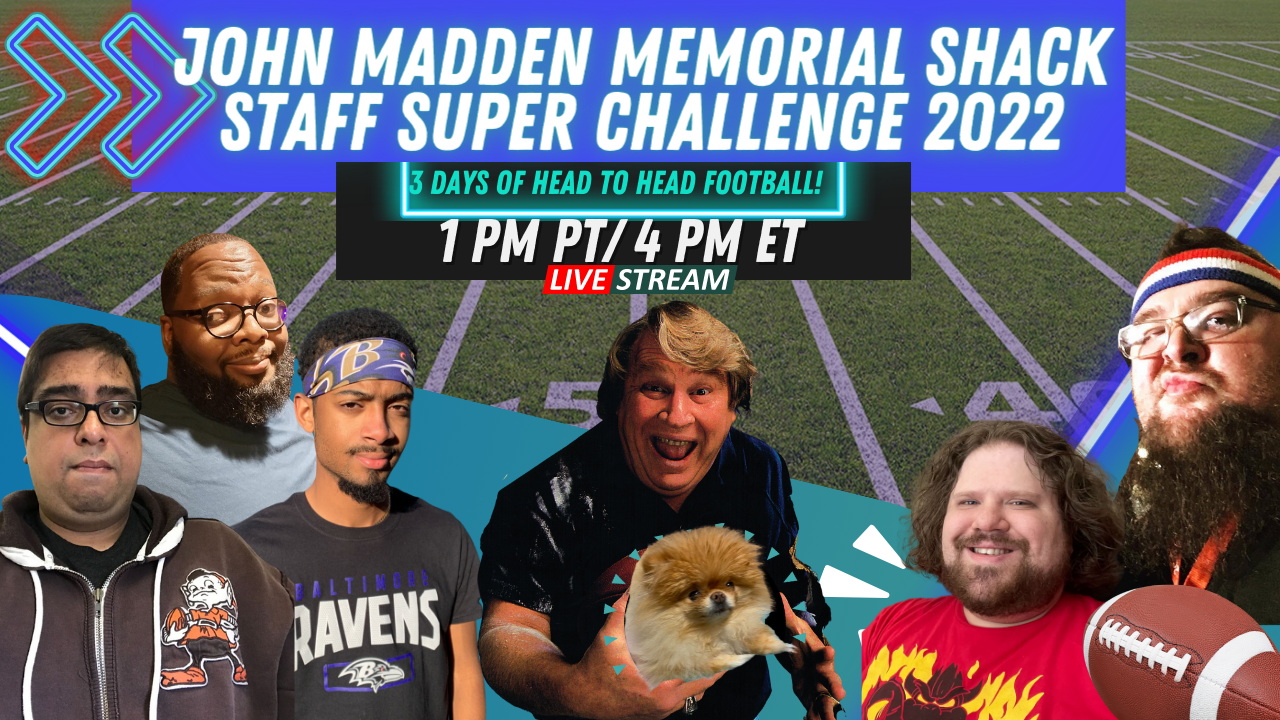 The Shacknews staff is facing off in an epic Madden tournament in honor of the late John Madden.

Late last year, American Football lost one of its biggest icons and most influential voices with the passing of John Madden. Among many other things, Madden was known for being the namesake of the incredibly popular sports sim franchise. In his honor, members of the Shack Staff are going head-to-head in Madden NFL 22 in a bracket-style tournament. The competition begins today, so come watch!

Day one of the John Madden Memorial Shack Staff Super Challenge will start today at 1 p.m. PT/4 p.m. ET and will be streamed over on the Shacknews Twitch channel. With today being the first day of competition, we’ve got a handful of different games lined up. Here are the matchups slated for today:

Shacknews Co-EIC Blake Morse will also be participating in the tournament as the Las Vegas Raiders, but drew a lucky bye week and will instead play the lowest remaining seed from the first round of the tournament.

Say what you want about the current state of the Madden franchise (we’ll surely be saying a lot), but you can’t underestimate its influence on gaming culture, and that all started with the legendary coach and commentator himself. The John Madden Memorial Shack Staff Super Challenge will continue tomorrow at the same time, with the Shack Staff Super Bowl taking place on Thursday, February 10.