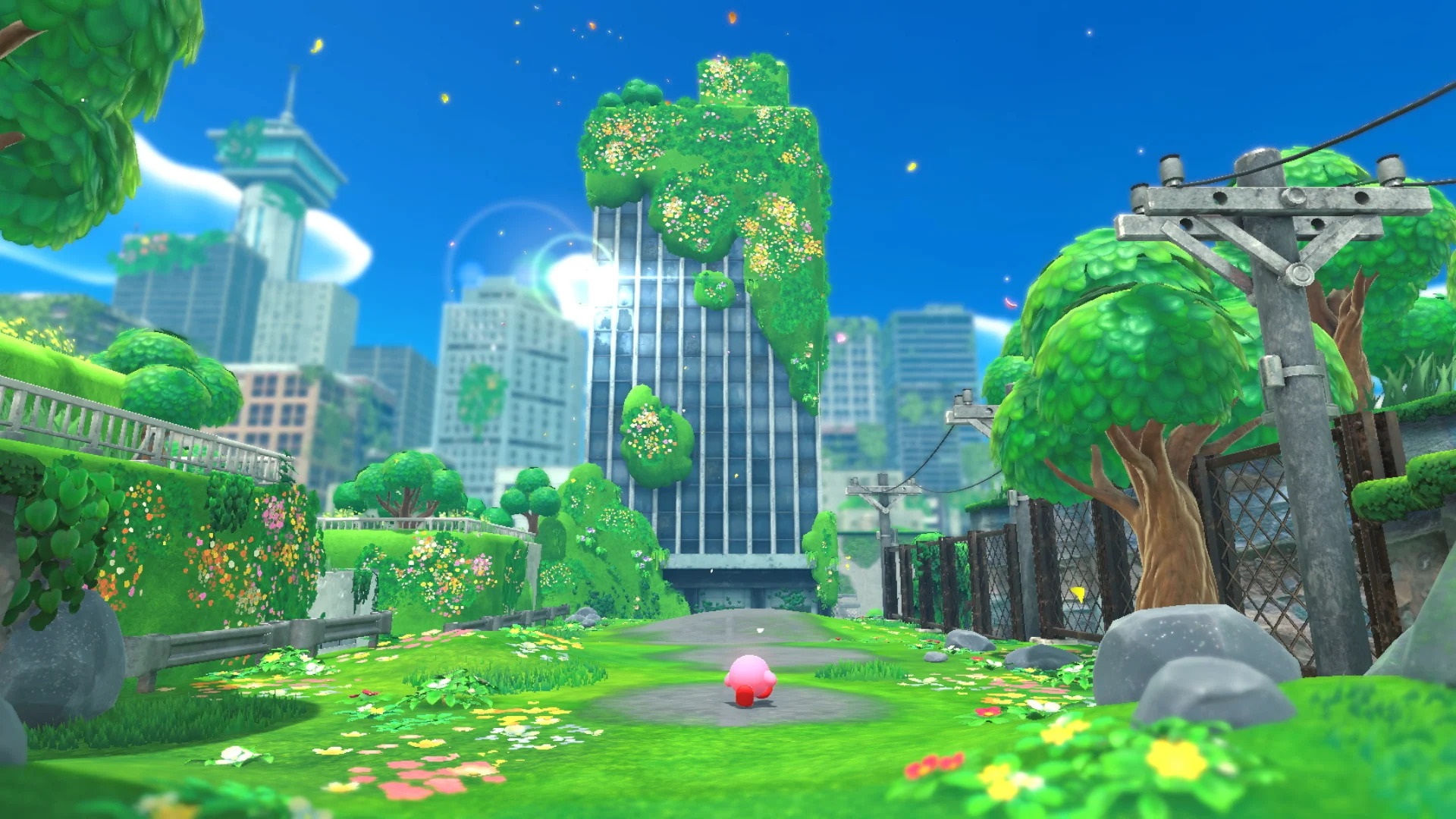 Completing the demo will unlock a Present Code which you can redeem for rewards in Kirby and the Forgotten Land.

If you’ve been looking forward to the release of Kirby and the Forgotten Land on March 25, you’re going to want to jump into the Nintendo eShop today as a free playable demo of the game is now live!

The demo offers an early look at three stages in the game, each of which are replayable. Note that in the full game, you’ll need to complete the tutorial first before you’re able to access these stages while in the demo you’re given access to the stages immediately.

The three stages available in the demo each have five missions for players to complete which adds incentive in regards to replaying them as you’ll want to make sure you collect everything. Not only for the satisfaction of fully completing each stage, but also because some of the collectibles you come across like Capsules feature fun lore tidbits.

The demo also features an exciting boss battle with a gorilla named Gorimondo. If you’re nervous about taking on a boss solo, you’ll be happy to hear the demo supports co-op so you and another player can tackle each of the three demo stages and boss battle together as a team.

With co-op, one player gets to play as Kirby while the other player is assigned the role of Bandana Waddle Dee. While playing the demo, you’ll be able to get a better idea as to how co-op functions in Kirby and the Forgotten Land.

And Bandana Waddle Dee isn’t just along for the ride as the player controlling Bandana Waddle Dee can attack enemies like a turret using his spear. It’s kind of like in Halo where one player drives the Warthog and the other player operates the turret on the back.

While Bandana Waddle Dee doesn’t share Kirby’s abilities like Mouthful Mode, he does have his own unique skill set where he can attack with his spear, target enemies with his spear, and “hover” with the spear by holding B.

In Kirby and the Forgotten Land, Star Coins are one of the main forms of currency in the game and there are plenty to find and collect in each of the demo’s three stages.

If you’re looking to earn rewards you can carry with you to the full game, the demo gives you that opportunity as anyone who completes the demo will receive a Present Code which can be redeemed for rewards in Kirby and the Forgotten Land.

Note that completing the demo isn’t just playing through each of the three stages and beating the boss, Gorimondo, at the end. You’ll need to complete enough objectives and rescue enough Waddle Dees to rebuild an area in Waddle Dee Town, you’ll also need an online connection.

Essentially, you’ll want to fully explore each of the three stages available in the demo, complete the missions for each one, beat Gorimondo, and rescue all of the Waddle Dees. If you’re tired of hearing about Kirby and the Forgotten Land and want to jump in and play it for yourself, head over to the Nintendo eShop and download the demo!