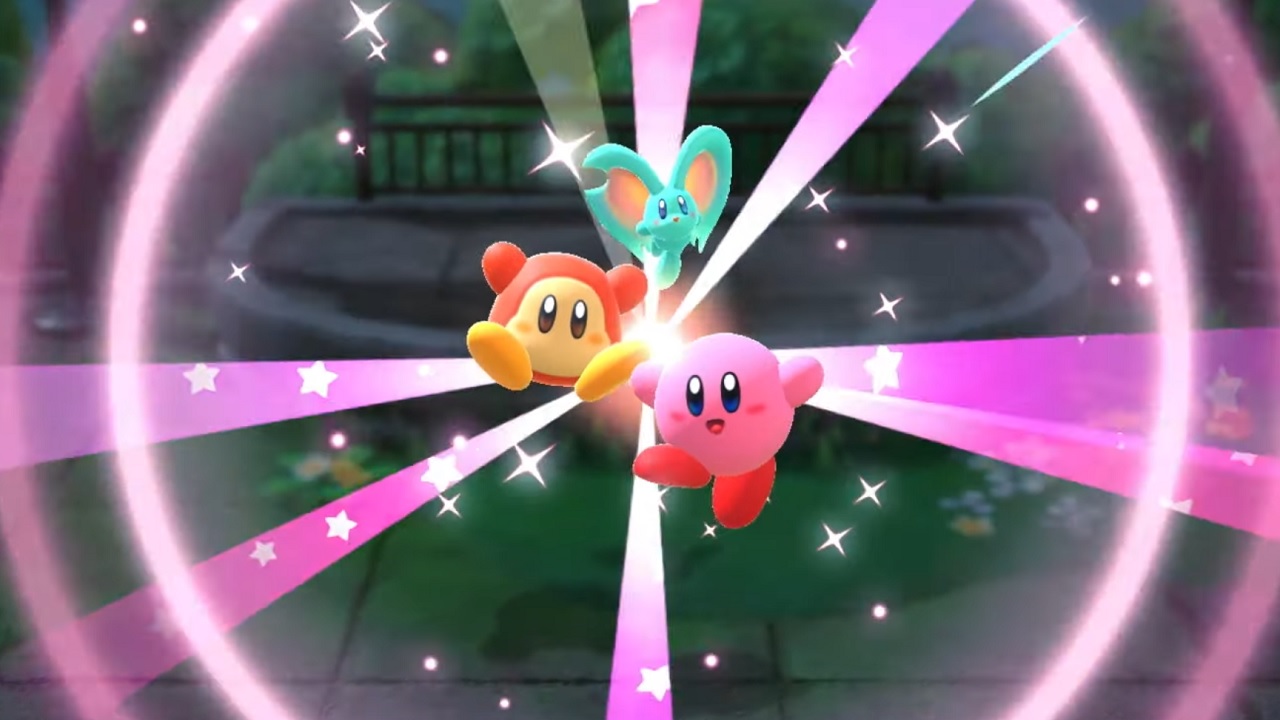 It will be a surprisingly short amount of time before we’re joining Kirby in his latest adventure.

Kirby and the Forgotten Land was one of the most delightful surprises of 2021. The game was shown late in the year by Nintendo and set for a spring release in 2022, but Nintendo has been silent on the matter since. Today, that silence was broken. We not only got a new trailer for Kirby and the Forgotten Land, but a release date as well. The game is coming to Nintendo Switch in the later end of March 2022.

The trailer had plenty of other fun to share as well. We got a look at Kirby using his iconic copy abilities to gather some familiar powers, as well as new ones. Power-ups like the sword, hammer, and fire abilities are returning, but we also saw Kirby get a new star gun and drill helmet in this trailer. It looks like Kirby is also helping save some captured Waddle Dees that will populate a village hub and offer some fun distractions such as cooking and fishing in between adventures. At the very end, even Kirby’s longtime rival Meta Knight makes an appearance and he’s looking as striking as ever.

Kirby and the Forgotten Land was such a delightful announcement in 2021 that we gave it the Shacknews Award for Biggest Surprise of 2021. Fortunately, it turns out we won’t have to wait long to see if the hungry little pink puff ball’s latest adventure can live up to the hype. Stay tuned for further details and updates on the game right here at Shacknews.