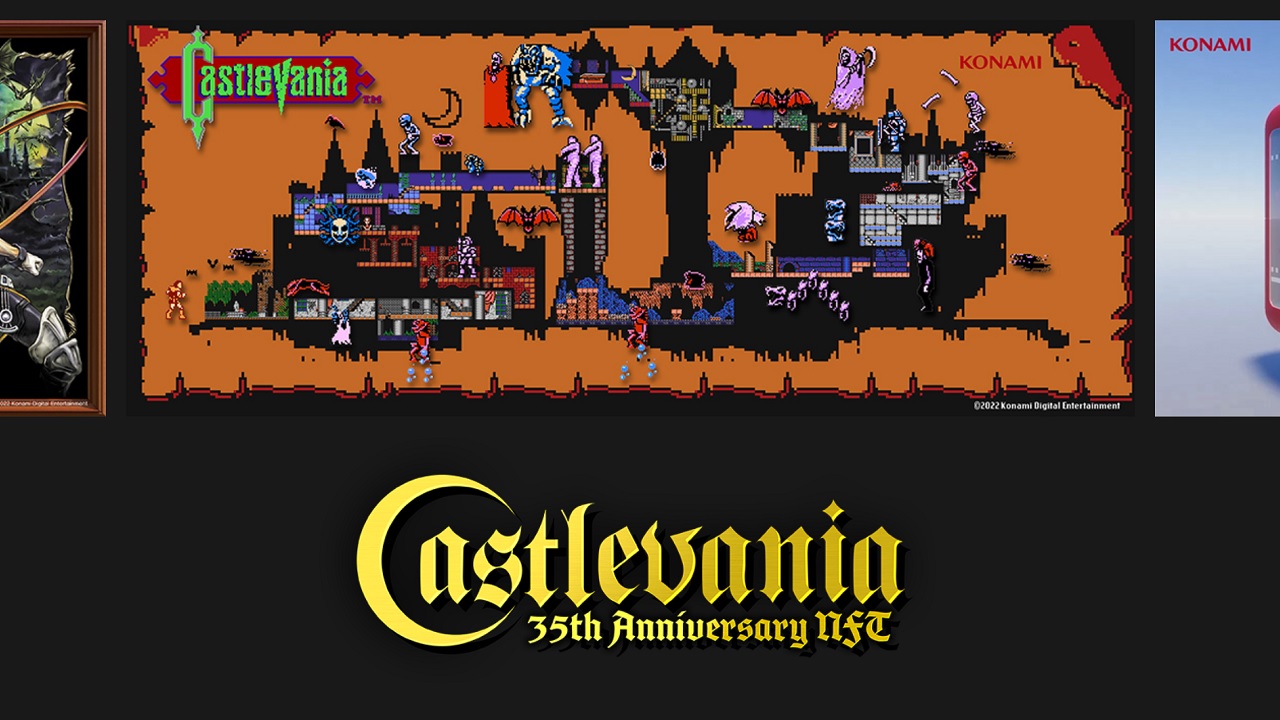 Most fans probably would have taken a game or anniversary collection, but Konami is spotty at those these days, so we get NFTs instead.

Konami is sitting on a wealth of good IPs that many fans grew up with, but it’s not exactly the powerhouse developer it once was. Nonetheless, one of those legendary IPs, Castlevania, passed its 35th anniversary back in September and Konami has decided to do something with it. Not a new game or re-release of a classic, mind you. No, the company has launched a collection of NFTs in celebration of the classic Dracula-hunting series.

Konami announced its Castlevania 35th anniversary NFT collection via a press release and the launch of a new “Konami Memorial NFT” website on January 6, 2022. The NFTs are a collection iconic Castlevania art, music, and videos that have been reworked as individual items up for auction over on NFT marketplace website OpenSea. Among them are the entire original Castlevania level map graphic, songs like the original Vampire Killer, and videos featuring specific sub-weapons versus boss enemies in the game (like the Boomerang vs. Death). Most of it is from the original Castlevania, but there are a couple items from Castlevania 2 and 3 as well.

This will likely come as a bit of a disappointment to anyone who was hoping for bigger fanfare from Konami, even this far after the actual anniversary of the original and iconic Castlevania (September 26, 1986 in Japan). Konami has been slow and low on actual video game efforts these days. The company put out the Castlevania Advance Collection closer to the actual anniversary, which was a decent collection of the GBA Castlevania titles plus Dracula X. However, outside of that, Konami had only a handful of titles in 2021, including the surprise 2D platformer remake GetsuFumaDen and the rather atrocious eFootball. The company is still capable of producing or publishing good games, but most of its major IPs have languished as Konami pursued other ventures.