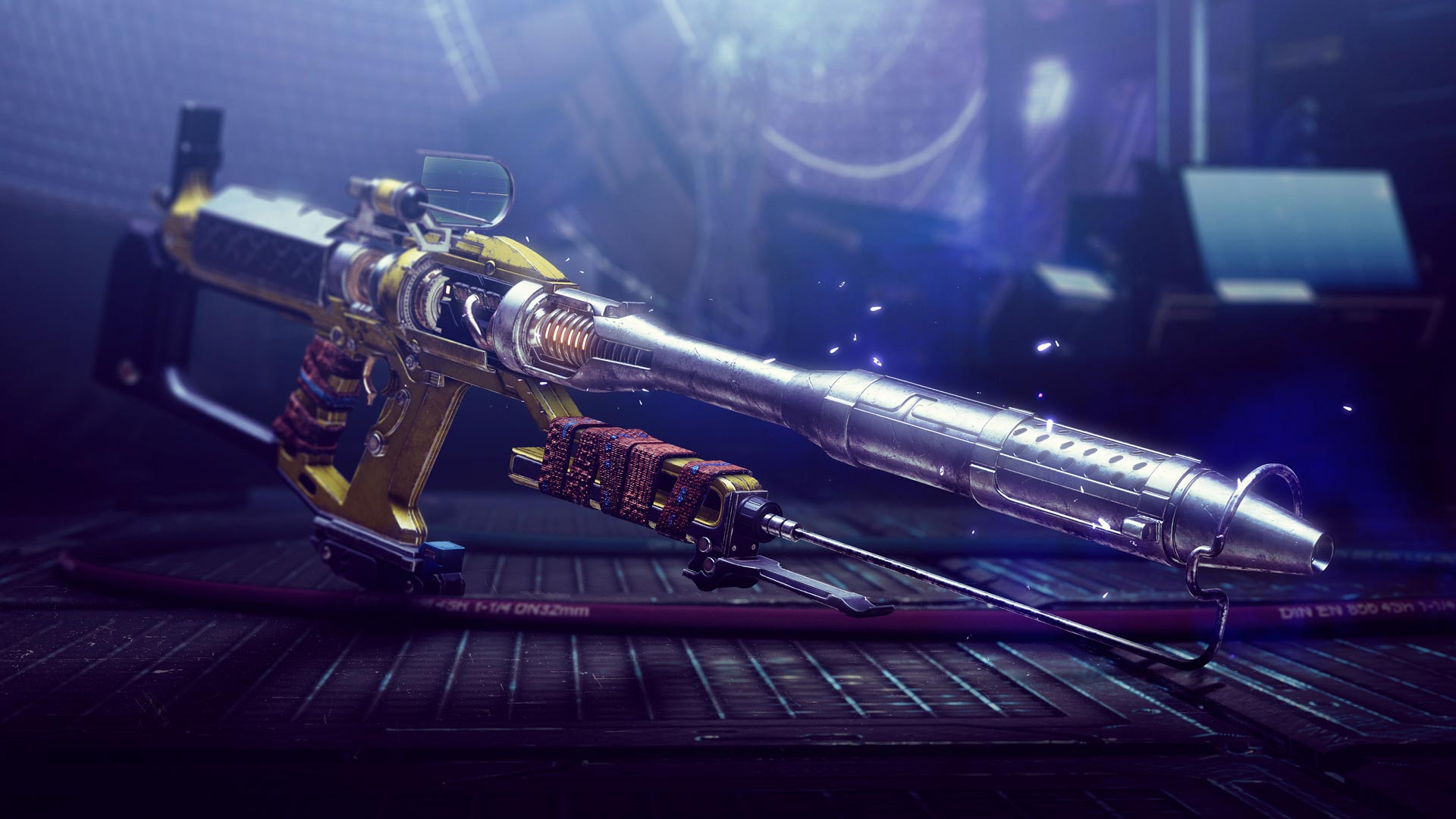 Lorentz Driver is an Exotic Linear Fusion Rifle you might return to every now and again in Destiny 2.

Lorentz Driver has seen limited, but very specific, use in Destiny 2. As an Exotic Linear Fusion Rifle, the gun excels at single-target damage. However, thanks to some nifty perks, it’s also quite good at clearing groups of enemies. Let’s chat about how to get Lorentz Driver and when you might want to use it.

How to get Lorentz Driver

Lorentz Driver is the Seasonal Exotic weapon from the Season of the Lost in Destiny 2. This means that those with the Season Pass were able to claim it and start using it immediately. For those that are jumping in to the game at a later date, the Exotic Linear Fusion Rifle is available at the Monument to Lost Lights in the Tower. This is where you can purchase other Exotic weapons that were exclusive to previous seasons.

Lorentz Driver excels at both clearing groups of enemies and single-target damage. This is not usually the case for a weapon that fires a single, non-exploding projectile. All of this is possible due to its two perks, which synergize with each other.

Make sure you also take the time to unlock the Lorentz Driver catalyst from the quest, Revision 7.2.2. This improves the radar and removes the need for precision hits, provided you have the three telemetry patterns.

How and when to use Lorentz Driver

In order to use Lorentz Driver effectively, you must really lean into its intrinsic trait, Lagrangian Sight. By collecting three telemetry patterns, you will significantly increase its damage potential for a considerable amount of time. This ensures that you deal far more damage to targets.

The best time to use Lorentz Driver is when there is a lot of minions to defeat followed by a boss fight. This ensures you have enough chances to boost its damage and then use it on an enemy. An example of this would be during the final fight in the Grasp of Avarice dungeon.

Because the Lorentz Driver sits in your Energy slot, it means you’re free to use another Power weapon. Thanks to the addition of Gjallarhorn, basic Legendary Rocket Launchers now receive Wolfpack Rounds, giving you essentially two excellent options for damage phases.

Some Crucible players may even like to take Lorentz Driver for a spin. Though it no longer marks opponents you have yet to see, it can result in some neat double kills if you land those precision shots. Just be aware that the charge-up time can leave you a sitting duck.

"What about this rifle?" Skorso asks over the sound of two Brigs moving cargo. Her overseer, a three-armed Vandal named Piiksi, pulls back the drop-cloth covering it. He takes a moment to assess the way the rifle is pieced together from non-weapon components, then motions toward where the Brigs are walking.

"Good meals can still spoil," Piiksi says. "Bring it. But all these spare parts can be left behind."

Skorso nods in acknowledgement, but instead of immediately returning to work, she sidles up close to Piiksi, her eyes darting around the warehouse. "Is this really happening?" she asks in a whisper.

Piiksi steps away from her as she sets the rifle down on a nearby crate. "Maybe. Two hands in greeting, two hands concealed. It is a matter of survival."

Piiksi quickly leans in. "You say that any louder, and I can't protect you from what will happen next," he says in a sharp whisper, glancing over his shoulder.

"Where would we even go?" Skorso asks, searching Piiksi's many eyes. Her supervisor's answer is a backpedaling shrug.

"Don't know," Piiksi lies and gives her a toothy smile. "But like some Eliksni say: the Light provides."

Lorentz Driver is a worthy option for all kinds of PVE content, and can even do well in Crucible as an alternative to a Sniper Rifle. It’s definitely worth keeping this one in your back pocket, especially if you need to knock out some Linear Fusion Rifle bounties. Stop on by the Shacknews Destiny 2 Guide for more Exotic weapon overviews.