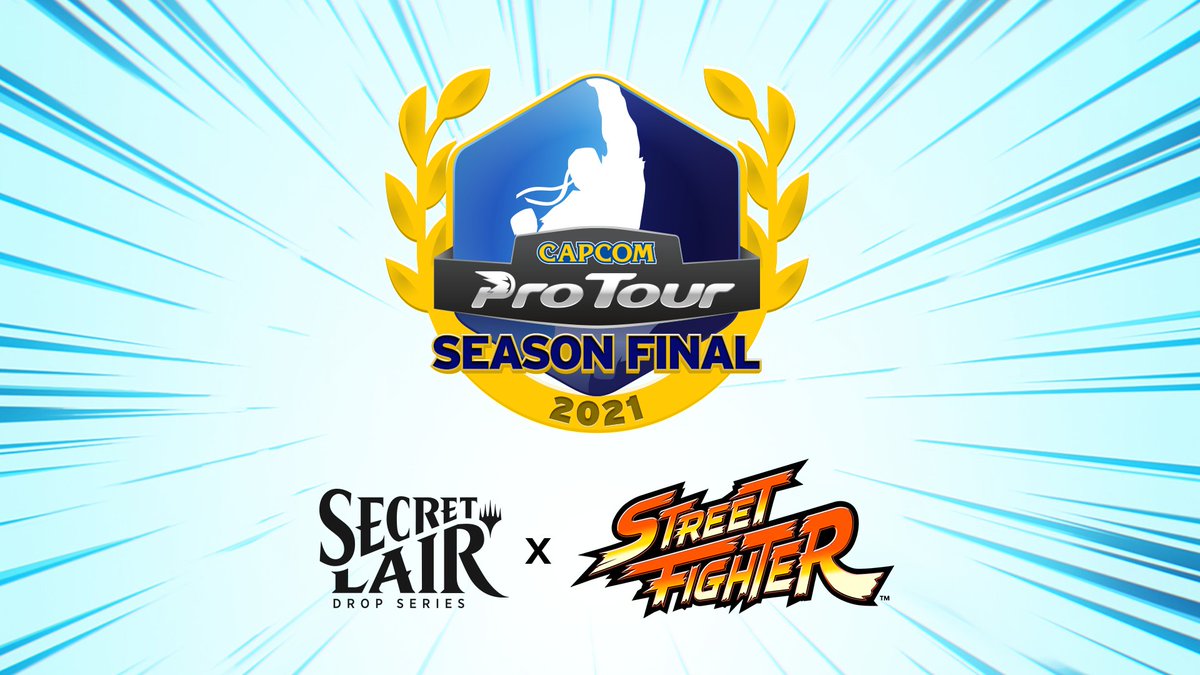 Magic: The Gathering's next big Secret Lair drop will feature the world warriors of Street Fighter.

While the competitive Street Fighter season will not necessarily end with a new Capcom Cup or a new world champion, that doesn't mean Capcom doesn't want to celebrate. Even with COVID-19 upending the team's plans to crown a new king of Street Fighter, a full weekend of esports festivities is planned. The Capcom Pro Tour Season Final 2021 will not only feature the top players in the world engaging in exciting exhibition matches, but it also looks like a few reveals are being planned, as well. One announced today sees the Street Fighter universe collide with the monolithic entity that is Magic: The Gathering.

Tune in at 4pm PST Feb. 17-20 for all the action and prepare for the Secret Lair x Street Fighter drop! pic.twitter.com/dD50eWBS4A

Street Fighter will indeed be the theme for Magic: The Gathering's next Secret Lair set. For the uninitiated, Secret Lair represents specially curated, highly collectible limited sets that are only sold for a short period. In the case of this specific set, the window to order cards will only be a short four weeks. Orders will open up on Friday, February 18, and continue through Friday, March 18 on the Secret Lair website.

To offer an incentive for fans to pick these up, the new Secret Lair cards will be on display at 4 p.m. PT during each day of the Capcom Pro Tour Season Final 2021 event. The Street Fighter Twitter account offered a brief idea of what to expect, which you can take a look at below. Look at Zangief grabbing a bear in a headlock!

Here's where it should be noted that while this is a cool reveal, it may not be the only one lined up for this event. Remember that there's a countdown clock actively moving towards a mysterious announcement. The clock will expire late Sunday evening, a time at which the Capcom Pro Tour Season Final may still be running. Is the announcement Street Fighter or fighting game-related? We'll have to wait just four more days to find out.

The Capcom Pro Tour Season Final 2021 airs this weekend on the Capcom Fighters Twitch and YouTube channels. Tune in if you want your first look at these rate Magic: The Gathering cards. If you'd rather see what else is on in the world of electronic sports, you can peruse our Esports tournament schedule for 2022 at your convenience.