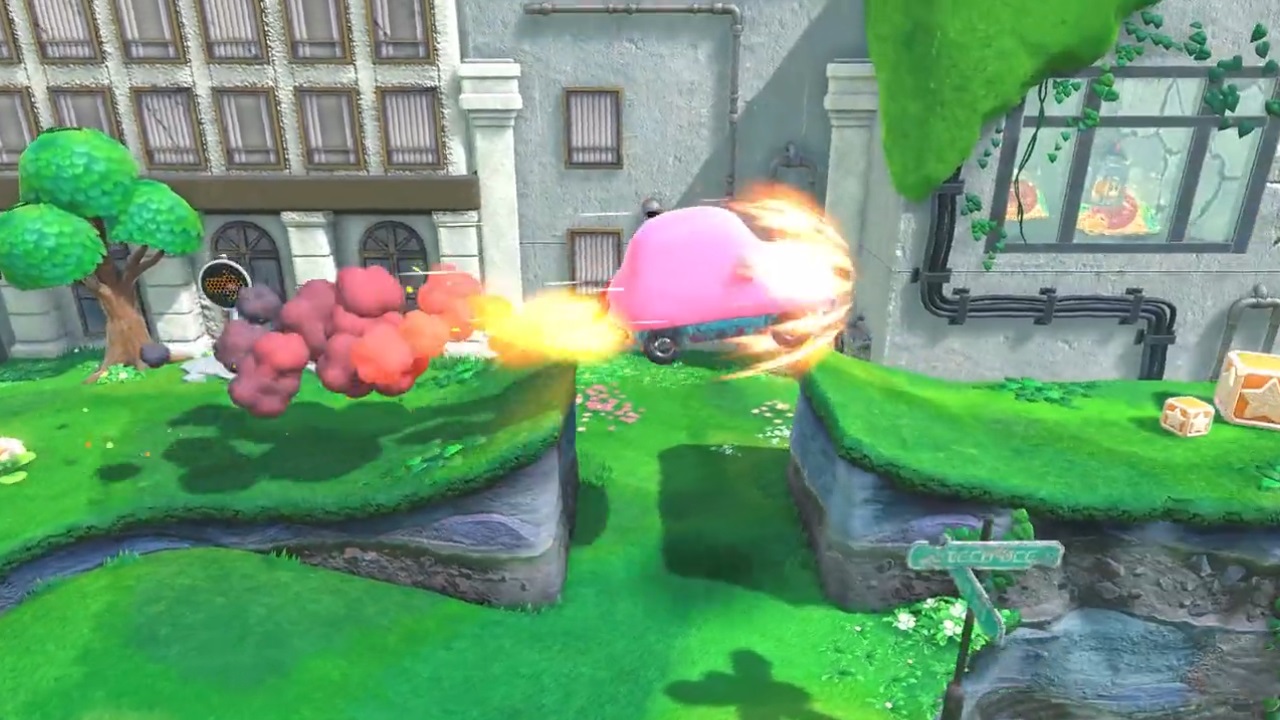 Nintendo shows off Carby gameplay in Kirby and the Forgotten Land

Having just been teased in the recent Mouthful Mode reveal, we got a better look at Kirby Car (Carby) gameplay in Kirby and the Forgotten Land.

One of the biggest reveals of the recent Nintendo Direct was from Kirby and the Forgotten Land, showing that Kirby would be able to swallow up much larger objects than usual to be able to take on their traits and use them in the world. Swallowing a glider allows Kirby to fly around in the air. Sucking water fills Kirby like a water balloon so he can blast it like a firehose. And of course, getting a car into his maw means Kirby can drive it around. Recently, we got a look at some Carby gameplay and it’s looking quite fun.

Nintendo shared new footage of Carby gameplay from Kirby and the Forgotten Land on the Nintendo UK Twitter on February 22, 2022. In it, we see Carby driving around, running down enemies, collecting useful items, making sweet jumps, and smashing through otherwise impassible obstacles. All of this takes place with Kirby’s little feet and arms dangling off the sides of the vehicle, making the whole spectacle look adorable.

Carby was first shown during the Kirby and the Forgotten Land trailer that appears during the February 2022 Nintendo Direct. Dubbed the new Mouthful Mode in the game, Kirby will take on the ability to swallow large objects and gain various game-changing forms like the aforementioned car or glider. The Car Mouth form wasn’t shown outside cinematics in the last trailer, so getting to see it in action was a delightful surprise, continuing to add to our anticipation for the launch of Kirby and the Forgotten Land.

Kirby and the Forgotten Land is set for release in late March on the 2022 gaming calendar, so it won’t be much longer before we’re seeing everything his new adventure has to offer. Stay tuned as we await further final details leading up to the launch of the game.