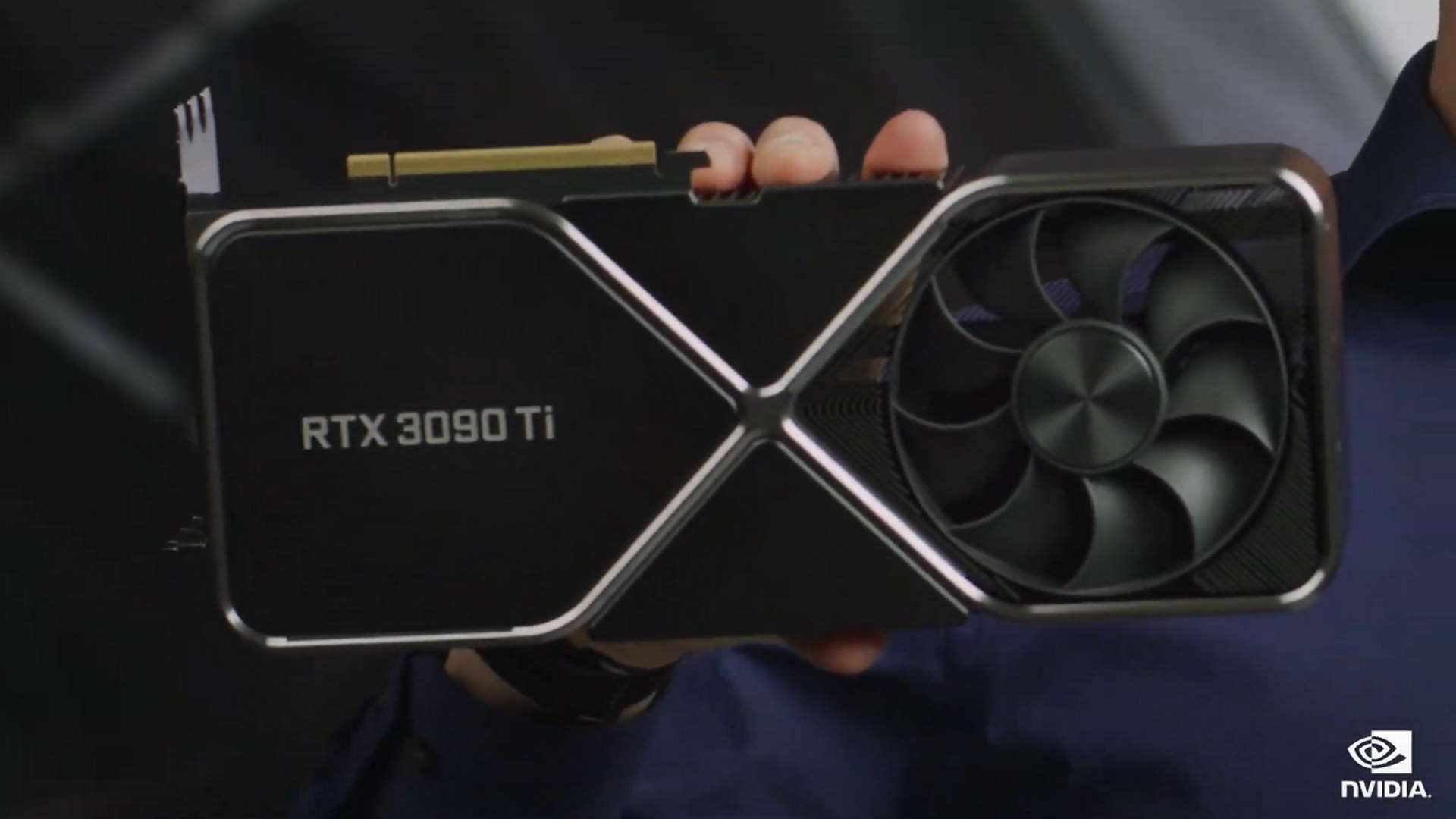 Nvidia took the virtual stage at CES 2022 to talk about its upcoming products and services. This included laptops, vehicle AI, and graphics cards. On that last note, the company gave us our first look at the latest product in its current line of high-end GPUs. Nvidia revealed the RTX 3090 Ti during CES 2022.

The existence of the RTX 3090 Ti had been rumored for some time, but we got confirmation of the GPU during Nvidia’s CES 2022 keynote. Featuring a similar visual design to the base 3090, the 3090 Ti is even faster and more powerful than its predecessor. We learned some of the specs of the GPU, such as the fact that it has 24GB of GDDR6X at 21 Gbps. It was also stated that the RTX 3090 Ti has 40 teraflops of GPU performance, an increase over the 36 found in the 3090. Speaking of teraflops, Nvidia shared that the 3090 Ti packs 78 for ray tracing and 320 for other AI tasks.

Of course, there was a bit of pessimism from users following the announcement, as Nvidia GPUs (along with several other electronic products) have been nearly impossible to get a hold of at a reasonable price as the chip shortage has hindered production while demand went through the roof. Nvidia didn’t touch on what availability will be like for its new GPU, or if it will be able to increase production on its older ones.

Nvidia also didn’t share a retail price for the RTX 3090 Ti. However, we know that the RTX 3090 started at $1,499, so it’s likely that the new card will come in a bit above that price. There’s still a lot we don’t know about the card, including a release date, but Nvidia has stated that more information is coming later this month.