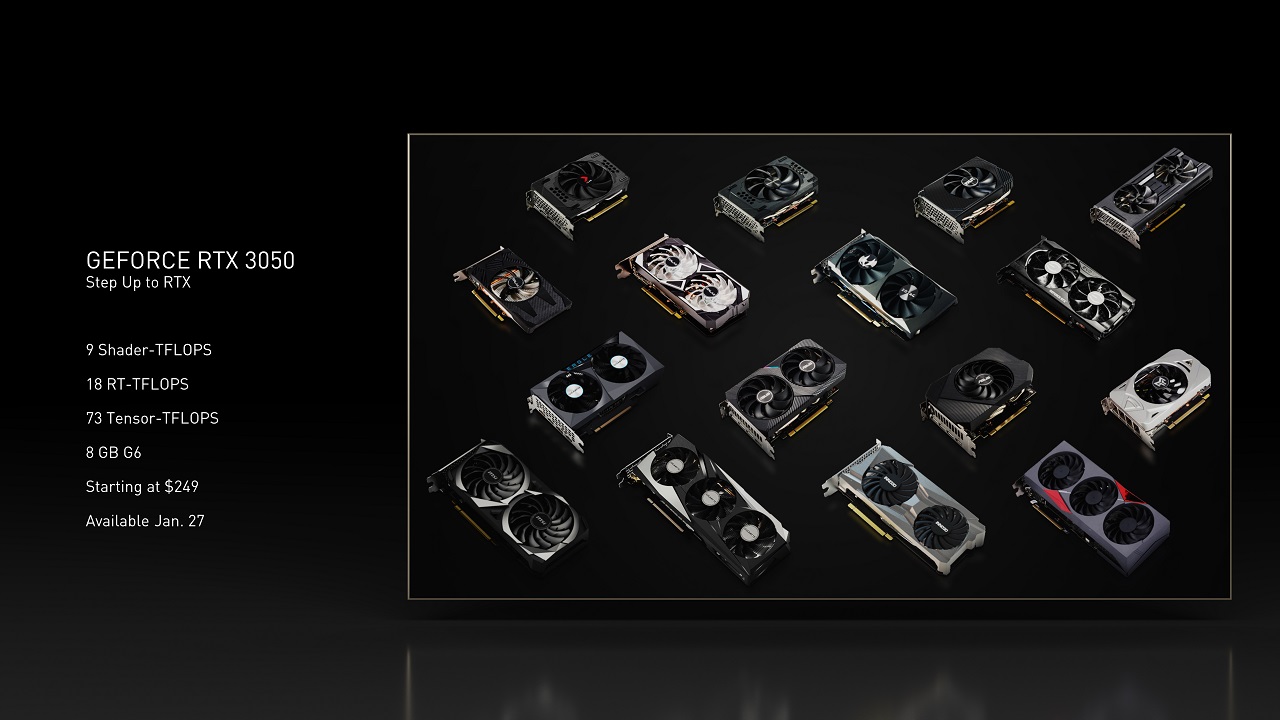 The RTX 3050 GPU is set to launch at the end of January 2022 and will feature the lowest price tag of the RTX 30 Series line so far.

NVDIA’s new line of RTX GPUs was undoubtedly one of the hottest ticket hardware items of 2020 with the launch of the RTX 30 Series. Cards like the 3070, 3080, and 3090 were already decently priced (if you could get them at retail value), but NVIDIA is now offering an even further budget entry point to raytraced graphics in gaming with the launch of the RTX 3050. It will run at a starting price of around $249 and is coming at the end of January 2022.

The details of the RTX 3050 GPU were revealed, along with the launch date and price point, during the NVIDIA CES 2022 Keynote Special Address on January 4, 2022. A bit less powerful than the rest of the series, the RTX 3050 is nonetheless meant to be a reasonably priced entry point to accessing NVIDIA RTX-powered graphics in modern gaming. Featuring 8GBs of G6 memory, the RTX 3050 is meant to offer major increases in frames-per-second over most of the previous GTX line, including the GTX 1650.

The biggest selling point of the RTX 3050 GPU is its price. This new GPU will start at just $249. That’s a chunk of change less than the originally announced RTX 3080, which kicked off the RTX 30 Series at $699. Even the RTX 3060 retailed at $329. That makes the RTX 3050 the most budget option of the bunch while still offering NVIDIA’s RTX-enabled Ampere GPU architecture.

The NVIDIA RTX 3050 GPU is set to launch on January 27, 2022, at that starting price of $249. It will remain to be seen if it can stay on shelves or will be gobbled up by aftermarket sellers, but it would at least appear that if players are looking for an incredibly budget entry point to the RTX 30 Series line, one is up for grabs this month.