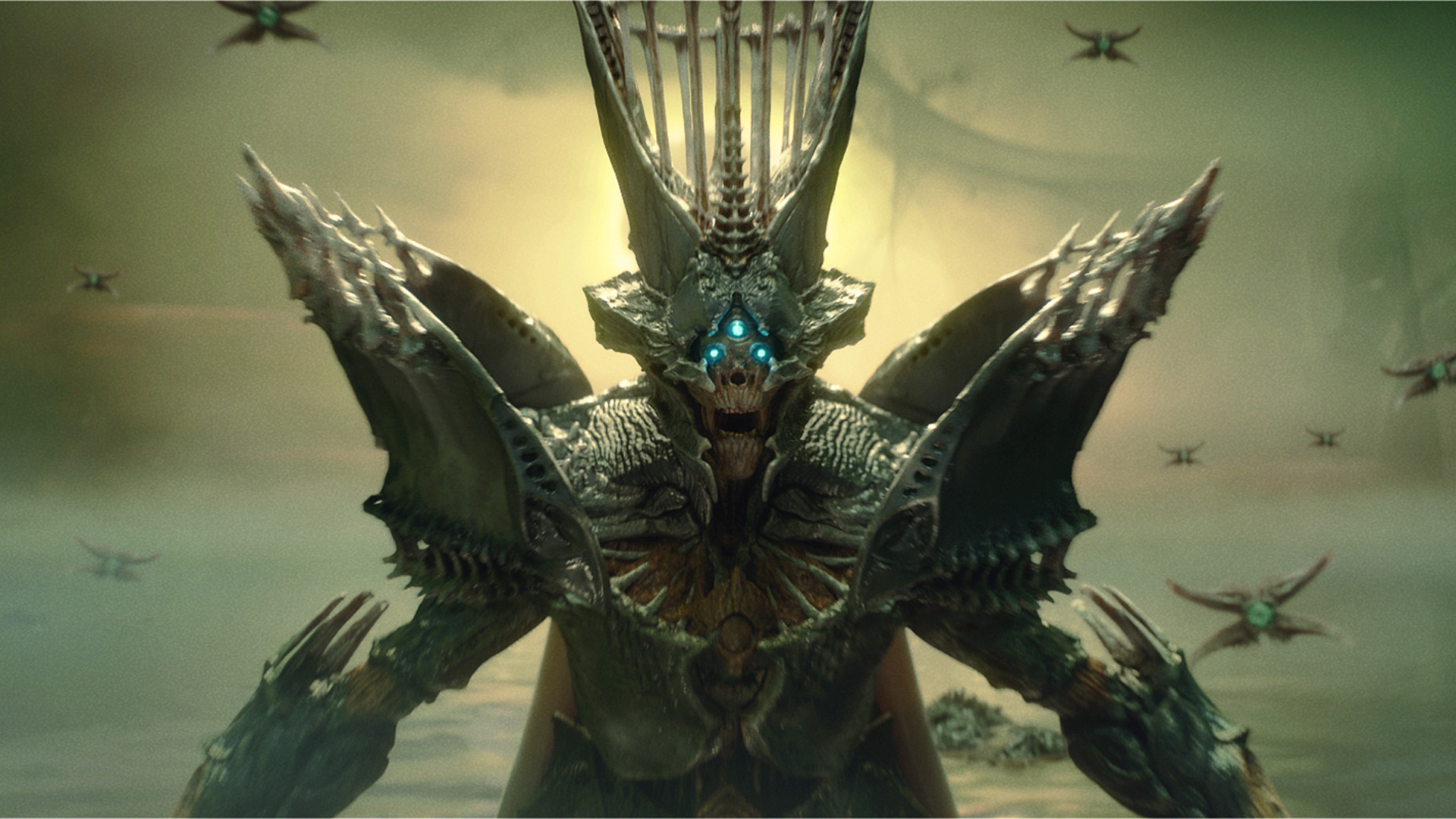 Of Queens and Worms quest - Destiny 2

Complete the Of Queens and Worms quest in Destiny 2 to unlock Parasite, the Exotic Grenade Launcher.

The Parasite Exotic Grenade Launcher can be unlocked in Destiny 2 by completing the quest, Of Queens and Worms. This quest is available after completing the Witch Queen campaign and involves finding incubators in Lost Sectors and chatting with the new vendor, Fynch.

The Of Queens and Worms quest is given to you by Ikora after you finish the Witch Queen campaign. Completing this unlocks the Parasite Grenade Launcher, an extremely strong Power weapon that may see a lot of use in both Crucible and PVE content.

Step 1: Meet Mara in the Enclave

Visit the Enclave and speak with Mara Sov.

Step 2: Birthplace of the Vile

Complete the Strike, Birthplace of the Vile. This can be launched directly from the Savathun’s Throne World map.

Go back to Fynch and have a chat to him.

Step 4: Head into the Temple of Cunning

You will now need to head into the Temple of Cunning to find a Cryptoglyph rune. Open the map of the Throne World and highlight the quest icon to make it easier to reach it.

With the rune in hand, go around the Throne World and kill 100 Scorn. A good place is simply right near Fynch. As you’re doing this, consider using the Osteo Striga to level it up, allowing for further crafting at the Relic.

Head to the Florescent Canal in the Throne World and complete the Sepulcher Lost Sector.

You must now locate a larvae incubator at the end of the Sepulcher Lost Sector. When you reach the end, use the Deepsight ability to reveal a platform that grants access to a little window.

Exit the Sepulcher Lost Sector and stay in the Florescent Canal. You must now complete three Patrol mission in that area. Bring up your Ghost to see the little Patrol icons on your HUD.

Like the fourth step, this step requires you to go off the beaten track and into the Queen’s Bailey to find another Cryptoglyph rune. Open the map, highlight the Exotic quest icon, and follow the marker to make this a bit easier.

Go to the Miasma area of the Throne World and complete the Metamorphosis Lost Sector.

Step 12: Head to the Alluring Curtain

Next up on your journey to unlock Parasite is to head to the Alluring Curtain. When you reach the area, the object will appear to be missing – don’t leave the area.

While you’re still in the Alluring Curtain, use the nearby Deepsight to reveal platforms. Climb these platforms and shoot the three lamps to ignite them. When all are ignited, a chest will appear down on the ground. Open it up to claim your reward.

Go to the Quagmire area and find the entrance to the Extraction Lost Sector. This is the final Lost Sector, and much like the previous two, you will need to get to the end to find what you need.

Fight through the Extraction Lost Sector to the end and use the Deepsight to reveal a path near the Hive statue. Place the worm on the incubator Grab your reward and head on out.

Have a chat with Fynch to complete this step. You will receive an item called the Hive Casing, which will take up a slot in your Power weapon space – so make sure you’ve got room.

The final step in your quest to unlock Parasite is to complete the mission, Parasitic Pilgrimage. This is the last part for Of Queens and Worms and can be quite a tough mission.

Once the final mission is complete, you will be the proud owner of the Parasite Exotic Grenade Launcher. This thing boasts some wild perks that allow it to deal a ton of damage. Perhaps it will even become your go-to weapon for end-game PVE content? Take a moment to look over the Shacknews Destiny 2 Guide for a comprehensive assortment of guides and information.