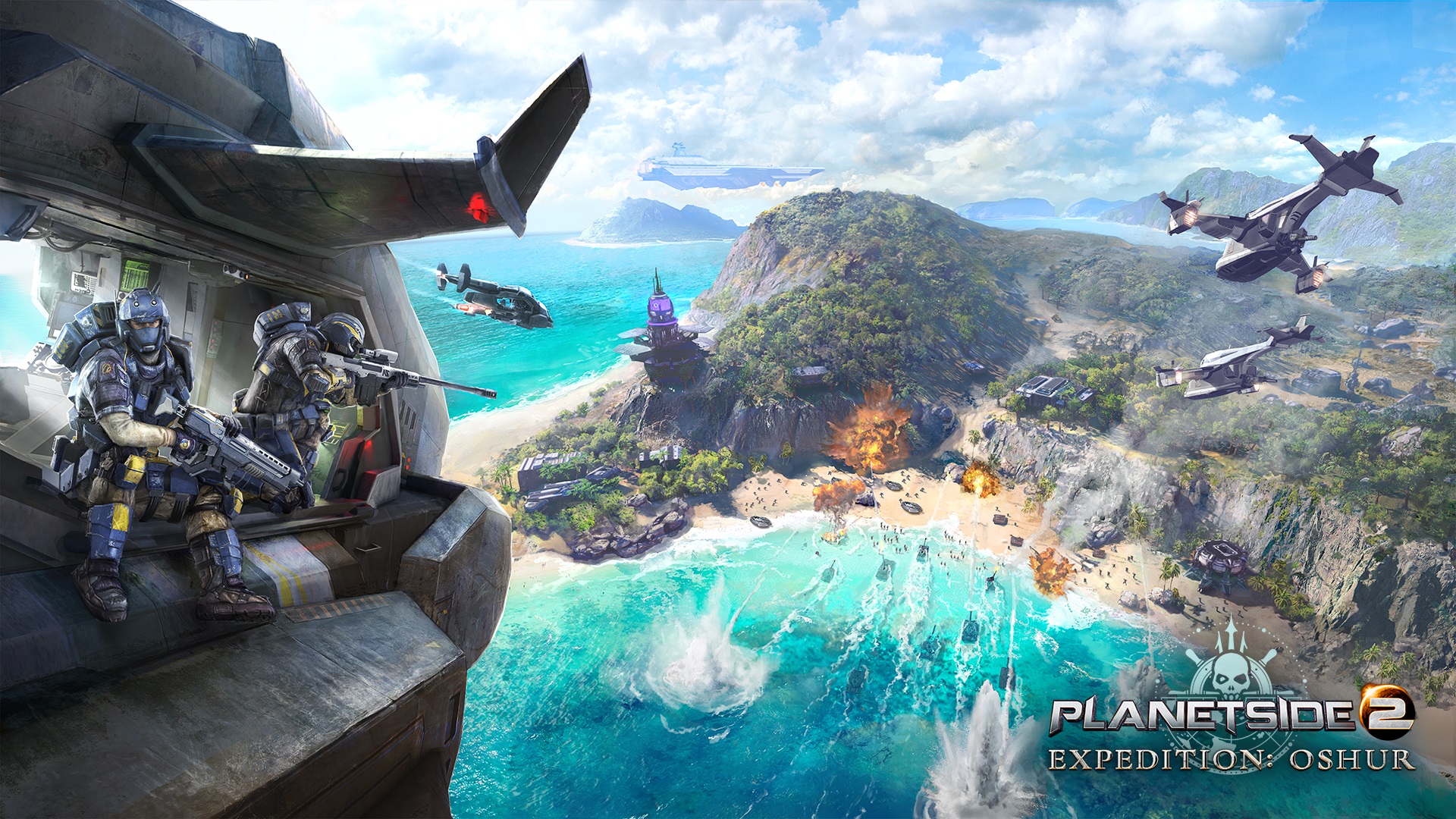 This is a big year for PlanetSide 2. This is the year that Rogue Planet Games celebrates 10 years of MMOFPS skirmishes. Regardless of repeated changes in ownership, PlanetSide 2 has carried on and now it’s releasing one of its biggest updates in the game’s history. Expedition: Oshur not only introduces a new continent, it takes the battle underwater for the first time.

First revealed back in November, the Expedition: Oshur update introduces a brand new playable continent, one that fits up to 900 players and mixes together a massive land mass and the outreaches of the seas. This has not been an easy endeavor to put together with the team at Rogue Planet re-engineering every single vehicle, player, and projectile from the ground up to operate underwater. It was not an easy task, according to studio head Michael “Wrel” Henderson.

“The buoyancy mechanics, the water drag, and even the visuals of water that we’re using, these are all totally new mechanics and we had to make that work within our existing physics system,” Henderson told Shacknews. “It’s a very hefty investment in technology that we’re doing with these water mechanics, in general. There’s a lot that’s happened behind the scenes to make this what it is so far.”

While underwater play is a major emphasis of the new update, PlanetSide 2 users should also look for a renewed focus on land and aerial combat. Beyond aircraft being usable in undersea trenches, the Oshur update will feature two new facilities. The Interlink Outpost will offer infantry a new combat site with few entry points and narrow corridors for tight skirmishes. Meanwhile, the Trident Relay is a tall spire that goes into the skies, so much so that only aircraft can access the facility. This allows players to take their battles to different corners of the continent, while also integrating new land and air-based interactions. Rogue Planet has high hopes with this idea and will be monitoring their performance to see if they’re worth expanding on in future updates.

Oshur will also represent the final chapter of PlanetSide 2’s second campaign, where players can learn about the continent’s origins during the early days of the Auraxian War. Those looking to get a grasp of what’s new in the game can jump into the campaign missions to learn how the new water physics operate.

PlanetSide 2’s Expedition: Oshur update is now live on both PC and PlayStation 4. The patch notes are up now on the PlanetSide 2 forums. However, this is far from the end for Rogue Planet’s MMOFPS in 2022. After all, this year will see the team celebrate the game’s 10 year anniversary. All is quiet right now in regards to PS2’s future, but keep it here on Shacknews, as we’ll be looking out for any new announcements.