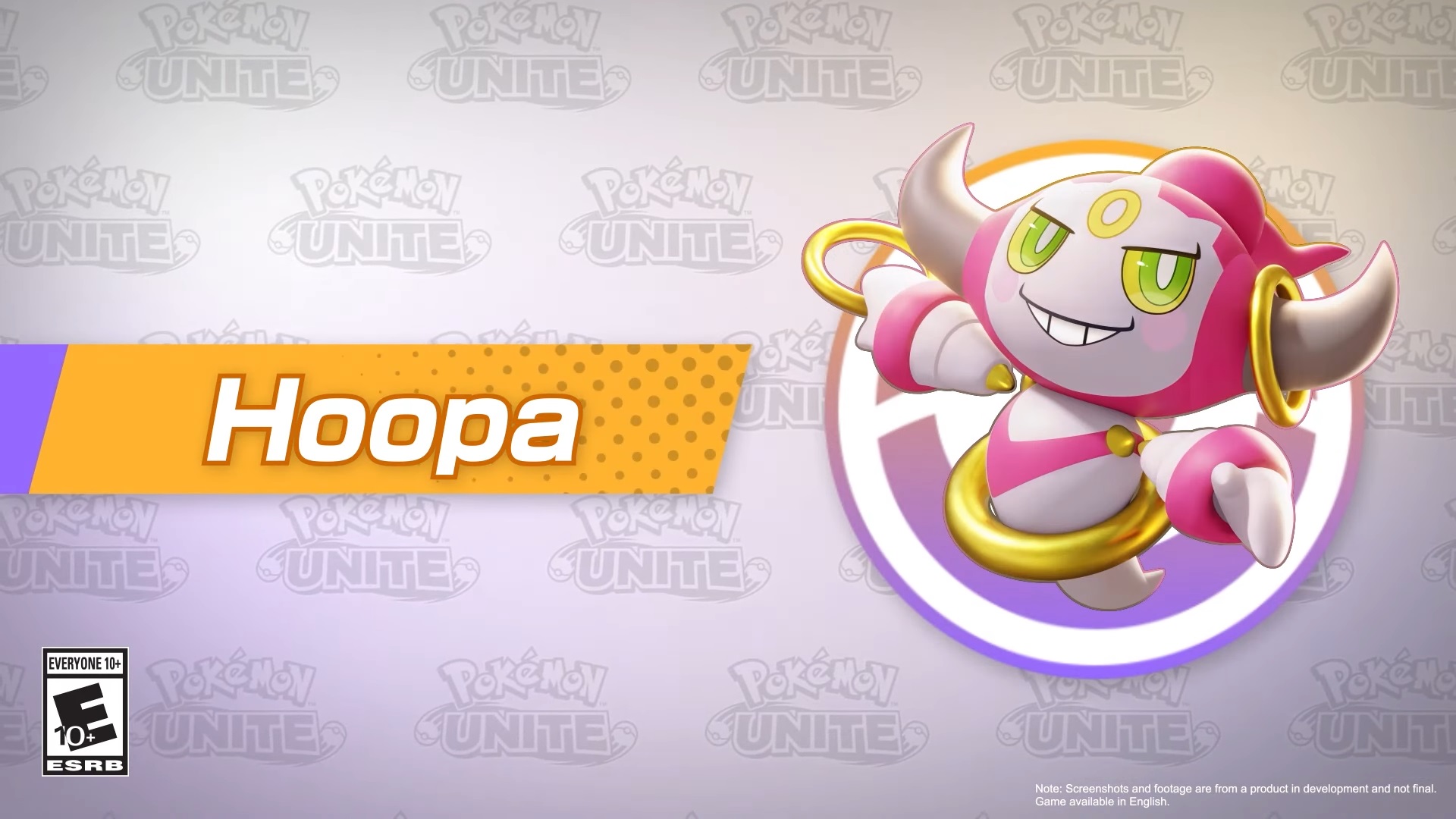 The legendary Hoopa is the latest to join the Pokemon Unite roster as part of the game's Pokemon Day celebration.

With Pokemon Day around the corner, it was a certainty that Pokemon Unite would celebrate in one form or another. What better way to celebrate than with a new playable character and an unexpected one, at that. Late Wednesday evening, players learned that the legendary Hoopa would join the Pokemon Unite roster as part of what appears to be an extensive celebration of Pokemon Day.

Hoopa enters as a Ranged Supporter and, just like in the main Pokemon titles, operates as one of two forms. It starts out each game as Hoopa Confined, which operates with a basic attack that gets boosted every third strike, Astonish at Lv. 1, and Confusion at Lv. 3. Hoopa's Magician ability can create a hole underneath a Berry in the opposing team's territory and transport it directly to the allied team.

Hoopa will become Hoopa Unbound when using its Unite Move, Rings Unbound. Rings Unbound will increase Hoopa's maximum HP, while also creating rings that allow allies to teleport across the map. Just be aware that allies can only warp one time. Hoopa Unbound will have access to the Hyperspace Fury move, which deals a barrage of punches, and the Psybeam move, which blasts foes in Hoopa's line of sight while also making it briefly immune to attacks. That sounds really powerful, but there's a major catch. Hoopa Unbound cannot score goals or use its Magician ability, so teammates will have to pull their weight.

Pokemon Day lands on Sunday, February 27, but Pokemon Unite has more than just Hoopa to celebrate the occasion. From Thursday, February 24 through Monday, April 11, players can take part in full-fury battles every Saturday, Sunday, and Monday. These are basically extremely streamlined sessions that feature shorter cooldowns, shorter recovery times, increased Aeos payouts for KOs, and more. On top of that, all Pokemon will be available to play in casual battles. You can learn more about full-fury battles over on the Pokemon Unite website.