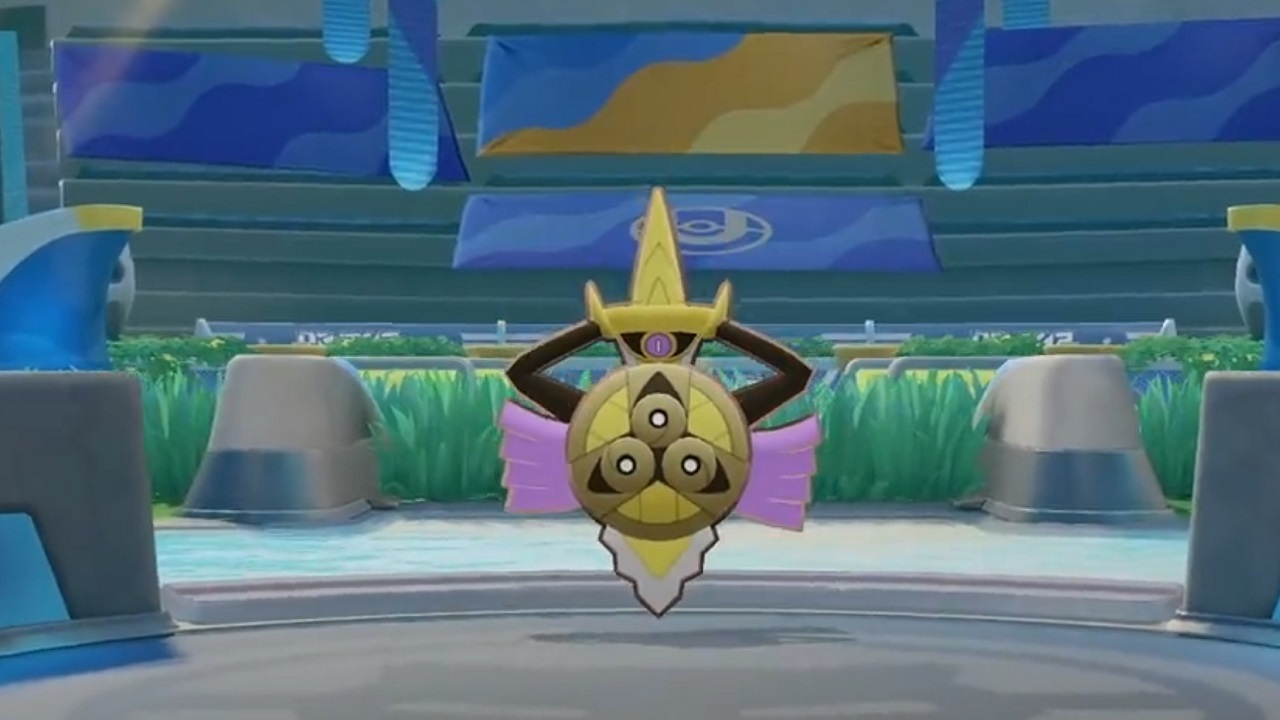 Grab your sword and come out swinging as the ghost sword and shield Pokemon Aegislash joins the Pokemon Unite All-Rounder roster next week.

As mobile and Switch title Pokemon Unite continues to grow, so too does its roster of available playable Pokemon. Another addition is on the way too and this time it’s the ghostly sword-and-shield combo of Aegislash. This latest roster addition is set to join the All-Rounders of Pokemon Unite next week, when players will be able to take its ghost and steel-type playstyle into competition.

Aegislash was announced as the latest addition to the Pokemon Unite roster via the game’s Twitter on February 4, 2022. On February 10, 2022, an update will launch for Pokemon Unite that officially brings Aegislash to the game’s roster. An All-Rounder Steel and Ghost-type Pokemon hailing from the Pokemon X and Y games, Aegislash is the final evolution of the sword pokemon Honedge. Evolving into a ghost that controls a shield and sword, Aegislash feature a blend of sharp offense and stalwart defense built to ward off attacks with abilities like King’s Shield before delivering punishing damage with offensive moves like Sacred Sword. As an All-Rounder in Pokemon Unite, we expect this balance of offensive and defensive ability will be part of Aegislash’s overall kit.

Aegislash is the 31st Pokemon to become available in Unite’s Roster, following on the back of fellow Ghost-type Trevenant, who joined the Defender crew earlier in January 2022. We’ve seen quite the influx of Ghost-types with Trevenant and also Decidueye, but there have also been fan-favorites like Dragonite, who joined the roster over the holiday season. Figuring where these Pokemon fit in the overall meta is becoming even more important to Pokemon Unite as well, as now the game has an official competitive scene that will be part of the Pokemon World Championships.

With Aegislash coming to Pokemon Unite next week, it will be another fine opportunity to see how new Pokemon translate to this interesting MOBA format. Stay tuned for further Pokemon Unite news and details as they become available right here at Shacknew