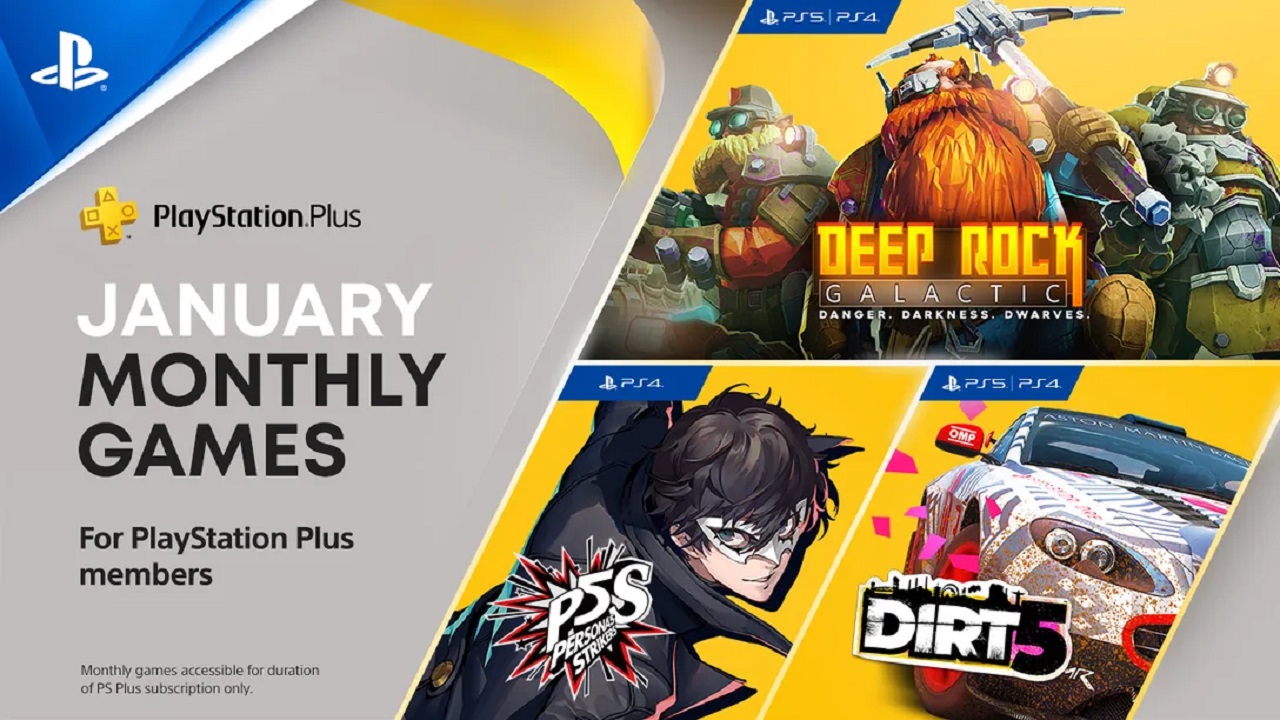 Dirt 5, Persona 5 Strikers, and Deep Rock Galactic are the free PS Plus games for January 2022.

The new year has kicked off and with it comes the latest offering of free titles from the various gaming programs on the major platforms. PlayStation and PS Plus are no exception. With January 2022 comes a new slate of free games for players to pickup, explore, and keep. Sony has an awesome slate this time around, too. Persona 5 Strikers, Deep Rock Galactic, and Dirt 5 are on offer for the entire month and free to claim at your leisure if you have a PS Plus subscription.

PlayStation launched the latest slate of PS Plus free games on January 4, 2022, as announced on the PlayStation Blog. As of that day and throughout the month, players can now claim and download Persona 5 Strikers, Deep Rock Galactic, and Dirt 5 on both PS4 and PS5. Deep Rock Galactic has continued to be a beloved game here at Shacknews, garnering all sorts of support from the staff and community. It won our Shacknews Best Co-op game of 2020, passed 3 million in unit sales late in 2021, and even launched on PS4 and PS5 this month.

The other games on PS Plus’s January 2022 slate are no slouches either. Persona 5 Strikers was more than just an Omega Force and Sega collaboration to make Warriors-style Persona 5 spinoff. It’s more of a proper sequel and scored an admirable review, as well as our vote for Shacknews Best PS4 Game of 2021. Dirt 5 is, all the while, another solid entry from the master driving sim game developers at Codemasters. It also scored a decent review in 2020.

And so, January 2022’s PS Plus slate is kicking the year off with a bang in these three solid titles. They’ll be available to claim for all PS Plus subscribers until early February, so be sure to claim them while you can.