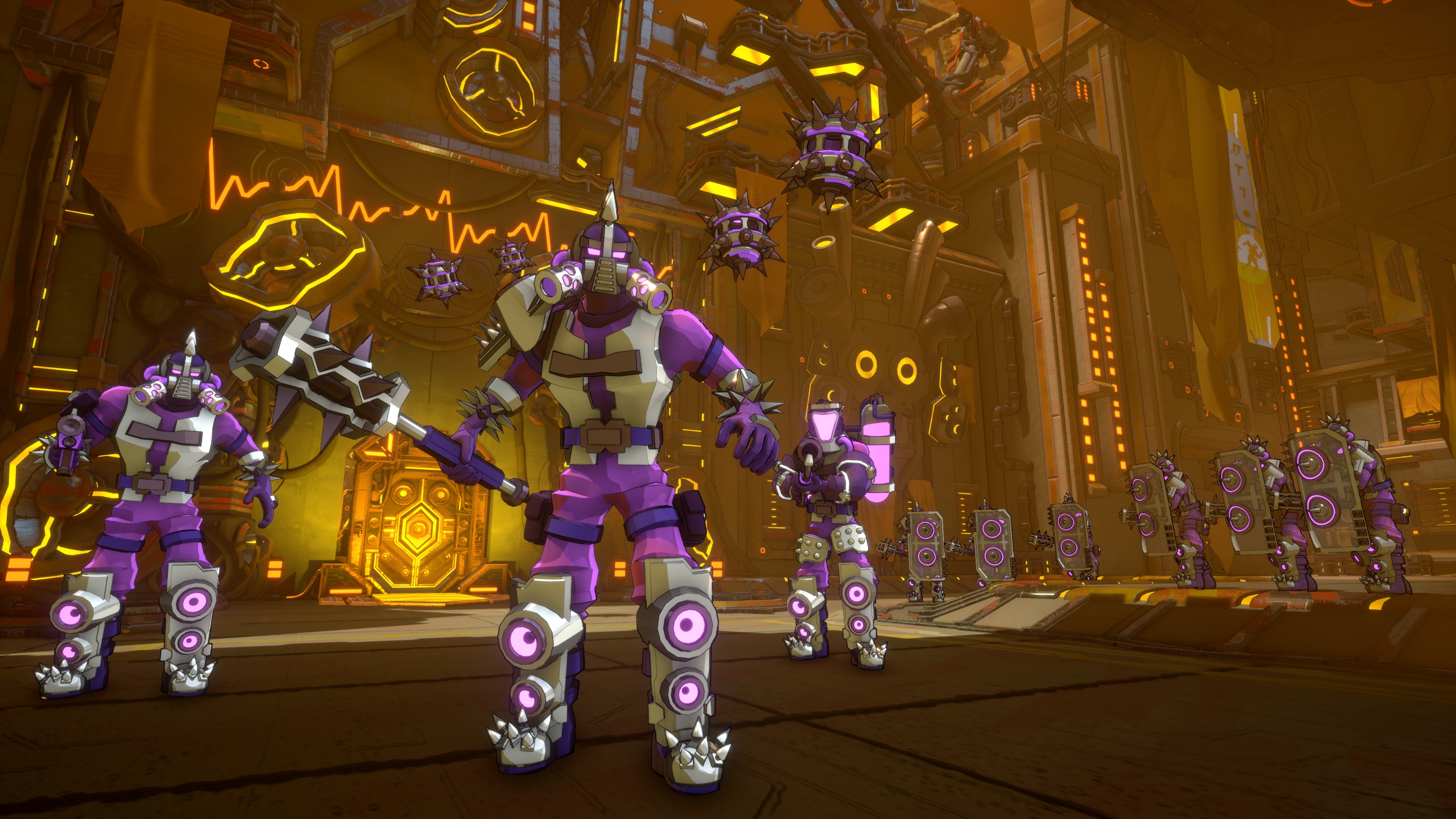 Jaw Drop and Raw Fury have given us new information on the upcoming rhythm shooter.

Back in 2020, Gun Jam gained a lot of attention when creator Dan Da Rocha shared a video of gameplay that went viral on Twitter. The game looks to combine two unlikely genres with rhythm games and first-person shooters. Now, publisher Raw Fury has partnered with Jaw Drop to bring Gun Jam to fans. In announcing this new partnership, we’ve got a host of new information about the upcoming game.

Raw Fury shared an update on the development of Gun Jam in a press release shared with Shacknews. Gun Jam is set in the city of Mubel, where music controls everything, literally. There are speakers everywhere, and citizens hypnotically dance to the tunes that play from it. Players must break free of the beat’s control and shoot their way out of the city, while keeping up with the music.

With such an emphasis on music, Gun Jam’s tunes are being originally written and composed by James “Noise Maker” Wrigley. There will be a mix of genres featured, including EDM, Metal, and Trap. While the launch soundtrack will feature entirely original tracks, the developers have expressed an interest in getting some licensed songs into the game sometime after launch. The popular Twitter video from 2020 shows the player fighting enemies, having to time their shots to coincide with the music. A new teaser trailer gives us our first look at the world of Mubel City.

There is currently no set release window for Gun Jam as there is still plenty of development to be done. Those curious to learn more about the game are encouraged to follow Gun Jam on Twitter and Wishlist the game on Steam in order to keep up with the latest details. For more on the publishing ventures of Raw Fury, Shacknews is your place.