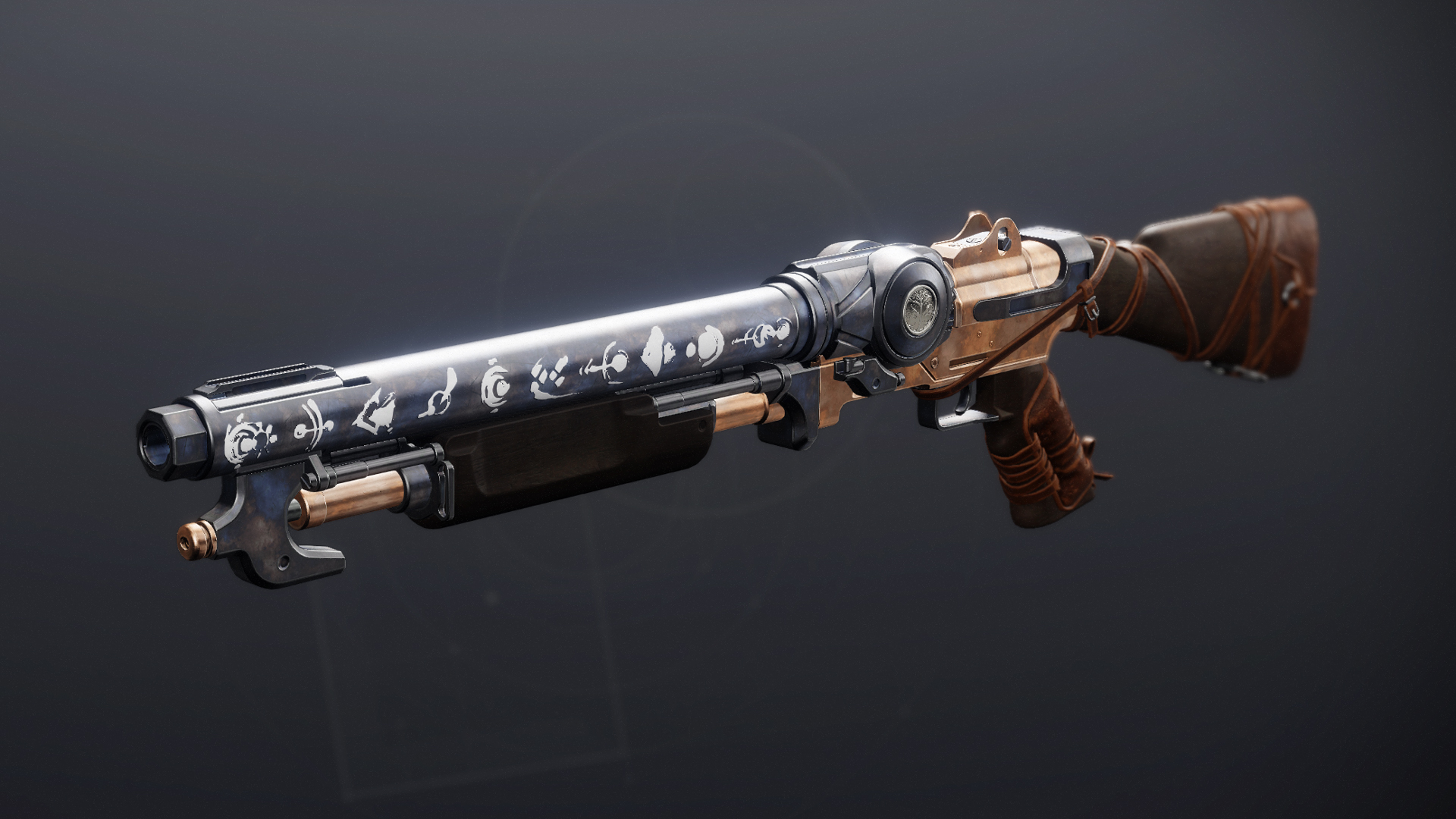 A Riiswalker god roll in Destiny 2 will have your Crucible opponents crying "hacks".

A Riiswalker god roll in Destiny 2 will absolutely make you a force to be reckoned with in Crucible. With the perfect set of perks, you’ll be pushing the Range of this beast out to OG Destiny 1 Shot Package levels of dirtiness. Let’s take a look at the perks you want to be chasing for a god roll Riiswalker.

The Riiswalker is a Kinetic Shotgun, meaning it will be sitting in your first weapon slot. This will free up your Energy slot for another weapon, probably one that uses Primary ammo like a Hand Cannon. Where Riiswalker excels is with its Impact, but to make it even better you will want to push out that Range stat as far as possible.

A Riiswalker god roll for PVP is going to focus entirely on the Range stat. While the Handling and Stability will drop, those aren’t a massive problem and can be addressed with a mod and practice.

Rifled Barrel and Accurized Rounds both increase the Range stat. Full Choke is a decent option, though it just limits projectile spread, which will make it feel like you’re killing at greater ranges.

For the perks, Riiswalker has some great options in both columns, but because we’re focusing on Range, Iron Reach is going to be one of the best perks available. This bumps up the Range stat by 18 points and does not require a kill for it to activate – it’s always active. The downside is you will be hit with a significant drop to your Stability.

An alternative to this will be Killing Wind, as it increases the Range by 20 points, while also offering a myriad of other benefits. The drawback is you must get a kill to proc this perk, so it may not be ideal if you’re still trying to hit a positive K/D spread.

The first perk is going to be a bit of personal preference. Slideways is a great option as it will reload some of the magazine once you slide. Sliding between engagements means less time getting caught with your pants down. It will also improve the Handling and Stability, which may take a hit if you’re using Iron Reach.

The Masterwork should obviously be Range for that 10-point increase. For the Mod, that again is going to be personal preference. Quick Access Sling will improve the ready and stow speed, useful if the Handling has been chunked. Alternatively, Sprint Grip or Freehand Grip offer a ready speed boost.

A PVE Riiswalker god roll is going to look similar to the Crucible one. You’ll likely want to push out the Range and not worry too much about the other stats. It’s not that important to have decent Stability or Handling in PVE content.

Rifled Barrel and Accurized Rounds are both used to increase the Range stat. The magazine-increasing options only give you an extra shell, which isn’t that useful.

The perks for a PVE roll of this shotty are going to be entirely personal preference. There are a bunch of viable options to choose from. In saying this, Surplus, with its boosts to all areas, will help the gun feel better. Similarly, Demolitionist works in synergy to get your grenade back faster.

You might like to try out Slideways for the reload and accuracy benefits, Swashbuckler for the damage increase, and maybe even Vorpal Weapon for the extra damage to bosses (if the meta dictates shotgun is the go-to strategy).

No matter what type of Riiswalker you get, there are plenty of perk options that result in a mighty fun shotgun. However, for a Riiswalker god roll in Destiny 2, you’re going to want perks that focus on the Range stat to make you an absolute nightmare to deal with in Crucible. We’ve got more god roll recommendations over on the Shacknews Destiny 2 Guide – the most comprehensive collection on the internet.