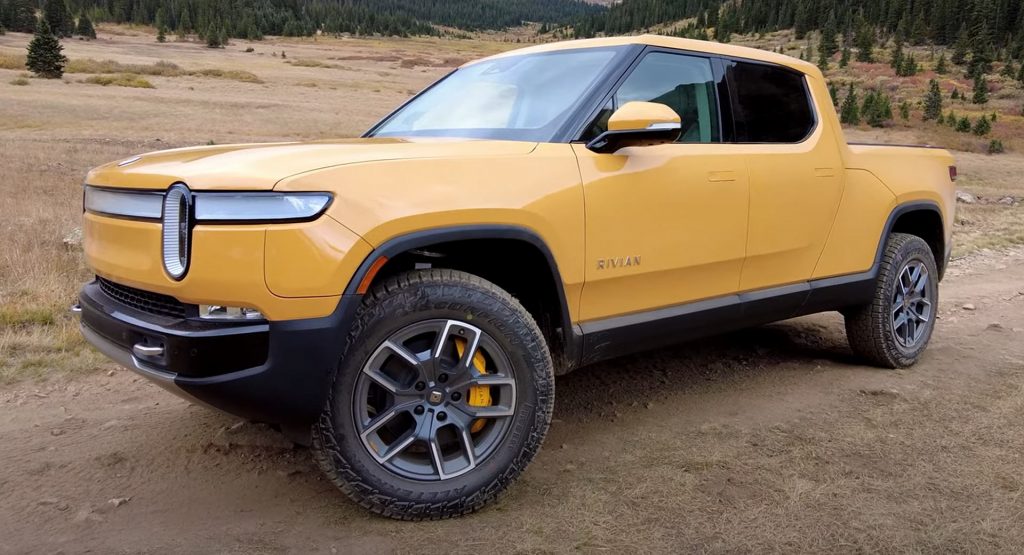 Rivian (NASDAQ:RIVN), the EV manufacturer that enjoys backing from Amazon and Ford, continues to enjoy outsized attention in the financial world on the back of the stock’s meteoric rise following a successful IPO on Wednesday.

Rivian had priced its IPO at $78 per share, thereby resulting in a targeted valuation of around $77 billion. The company had also expanded the size of the offering to 153 million shares from the earlier marketed 135 million shares. However, Rivian shares commenced trading at $106.75 per share, corresponding to a market capitalization of $93.3 billion. Since then, the stock is up nearly 14 percent, with the company now worth around $105 billion.

As a refresher, Rivian is slated to provide 100,000 electric delivery vans to Amazon through 2030, with the first 10,000 vans expected to hit the road by 2022. By 2023, Rivian plans to start delivering these vans to non-Amazon customers as well. The company commenced the production of the R1T truck back in September, while deliveries of the R1S SUV are expected to start within the next few months. Bear in mind that Rivian currently has 55,400 fully refundable pre-orders for the R1T and R1S backlogged until 2023. Both the R1T truck and the R1S SUV share the same basic architecture as that of the Amazon delivery van, thereby creating substantial cost-saving synergies in the process. The R1T starts retailing at around $67,500 and offers a range of about 300 miles along with an acceleration from 0-60 mph in 3 seconds. The R1S SUV is expected to entail a base retail price of around $70,000.

While the review takes an overall favorable view of the EV, the truck’s inefficiency is a marked outlier. Edmunds noted in the video (starting at around the 18:25 mark):

Is Rivian’s (RIVN) IPO about to Mark the EV Sector’s Top? [Updated]

“The EPA claims a 314-mile range, but we achieved 317 miles. For context, that’s the same as a Tesla Model Y long range SUV. But, and this is a very big but, the R1T is the least efficient EV we’ve ever tested. Yes, we know it’s a truck, but it still consumed 48-kilowatt hours per 100 miles, versus 27 for the Model Y. Only Audi’s E-Tron at 44-kilowatt hours comes close.”

Of course, once Ford’s electric F-150 and Tesla’s Cybertruck hit the roads, we’ll get a clearer idea of the efficiencies that can be expected from the electric truck segment. Nonetheless, as was noted by ESG Hound in a Twitter post, Rivian’s R1T currently entails emissions of 0.21 kg of carbon dioxide equivalent per mile versus 0.22 for an ICE sedan. This negates the argument that EVs, at least as per the current efficiencies, are a lot greener than their internal combustion counterparts.

So, doing the math that means carbon intensity of an EV pickup will be something like 0.21 kg COe2/mile vs an ICE sedan of 0.22.

Gas pickups obviously a lot more, but let’s be honest here: this is fake sustainablility designed to make you feel good with accomplishing nothing https://t.co/W9fub5keAe

This brings us to the crux of the matter. Rivian currently has a market capitalization of around $105 billion. Moreover, the company is expected to deliver 1,000 units by the end of the year. This means that the market is currently valuing the company at a whopping $105 million for each unit expected to be delivered this year. For context, Tesla (NASDAQ:TSLA) is currently valued at $1.256 million for each unit expected to be delivered in 2021, based on a market cap of $1.05 trillion and 836,000 projected deliveries for 2021 (627,000 units delivered so far plus an average of 209,000 units assumed for Q4).

This comparison means that Rivian is overvalued by an astronomical 83.60x Tesla’s bloated valuation!

Do you think Rivian shares are overvalued? Let us know your thoughts in the comments section below.