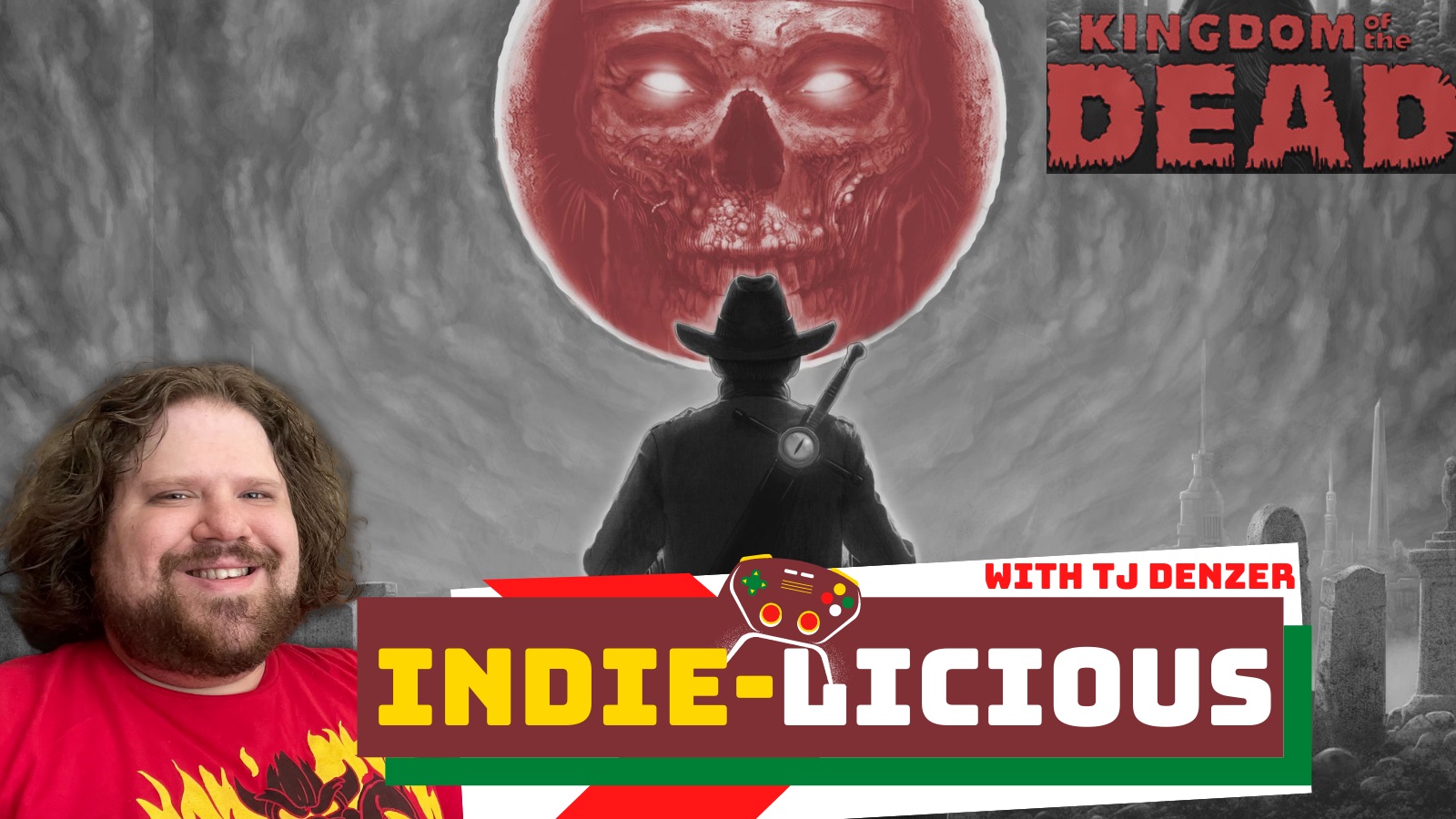 ShackStream: Indie-licious takes on Hell at high noon in Kingdom of the Dead

Death's army is filled with the vengeful souls of war and we're taking up classic arms to face them in this stylish black-and-white FPS.

The resurgence of classic arena-style first-person shooters has taken on many forms as developers toy with aesthetics of yesteryear, but Kingdom of the Dead caught our eye this week on Indie-licious. Come check it out as we fight back the armies of Death itself in a pen-and-ink drawn first-person shooter set in olden times.

Kingdom of the Dead comes to us from the developers at Dirigo Games. Available on PC via Steam as of February 10, 2022, Kingdom of the Dead puts players in the role of Agent Chamberlain, a professor turned Army General in the early wars of America’s infancy.

Death has gathered the tortured souls of blood spilt in conquest of the New World and turned it into army of undead hellions. Chamberlain must delve into the darkness to fight back and seal death itself away to save the world in this pen-and-ink drawn black and white world.

Join us as we take up the six-shooter and many other weapons against the tides of Hell in Kingdom of the Dead on today’s episode of Indie-licious, going live on the Shacknews Twitch channel at 1:35 p.m. PT / 4:35 p.m. ET. You can also watch below.

As always, we’d like to thank those who tune in to ShackStream livestreams like Indie-licious. Your interaction and encouragement continue to make these streams well worth our time. If you’d like to support our ShackStreams further, don’t forget to follow and maybe even subscribe to the Shacknews Twitch channel.

Don’t forget that if you happen to have an Amazon Prime account, you can link it up to your Twitch account through Prime Gaming and get a free Twitch subscription to use as you please each month. If you’d like to throw a free subscription our way, we’d be happy to have it.

Death’s doors are open and the damned are passing through far too comfortably. Join us in Kingdom of the Damned on today’s episode Indie-licious as we give them a gunslinger’s goodnight.