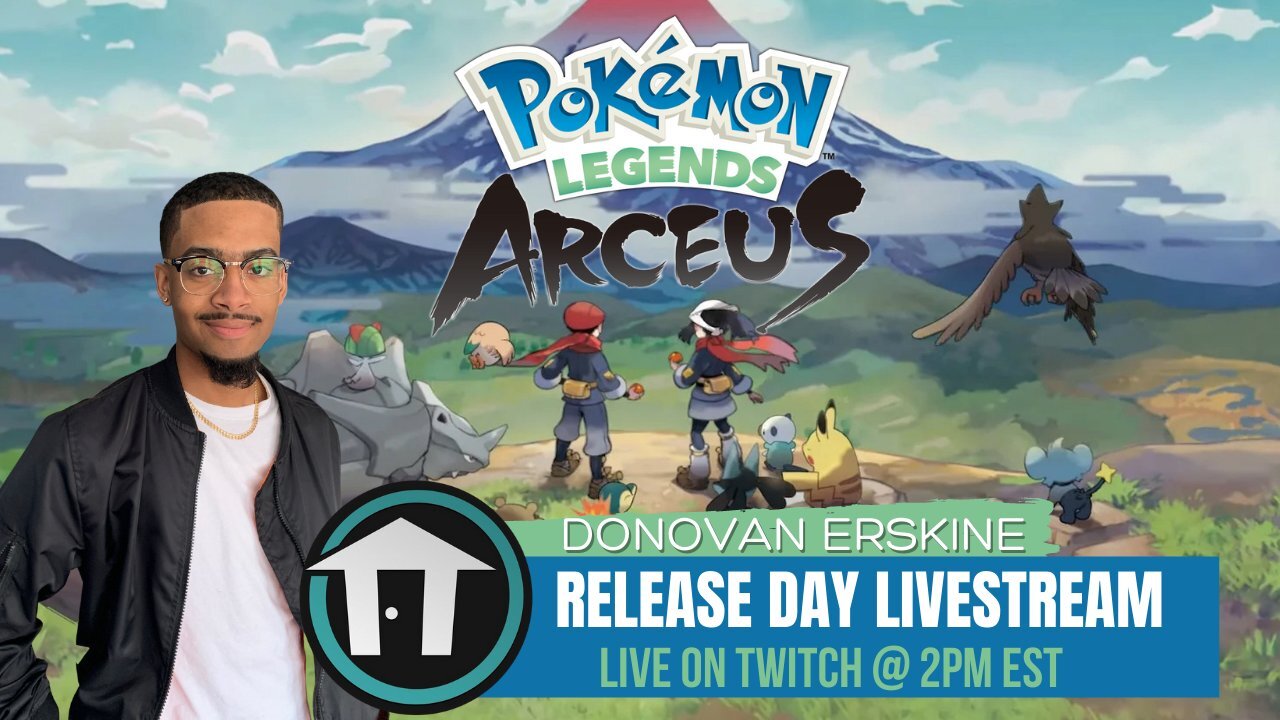 After a build-up of excitement and anticipation, Pokemon Legends: Arceus has been released around the world. The latest chapter in the Pokemon series takes us back to the early days, when the relationship between people and Pokemon was quite fragile. In celebration, we’re going to be streaming a couple hours of Pokemon Legends: Arceus on our Twitch channel.

Our Pokemon Legends: Arceus livestream will take place today, January 28, at 11 a.m. PT/2 p.m. ET. News Editor Donovan Erksine will journey through the Hisui region, catching Pokemon and working towards completing the Pokedex. We’ll take a look at the different environments found within the region, as well as several new mechanics.

During our stream, feel free to share your early impressions of the game. You can also toss us any questions you may have going in, as we’ve been lucky enough to spend a lot of time with Pokemon Legends: Arceus over the past week.

Pokemon Legends: Arceus is an exciting new direction for the Pokemon franchise, something we expanded upon in our review. Now that the game is out, we look forward to celebrating its launch with our special ShackStream in just a little bit. Make sure that you bookmark our Pokemon Legends: Arceus topic page for any guide assistance that you may need along the way.