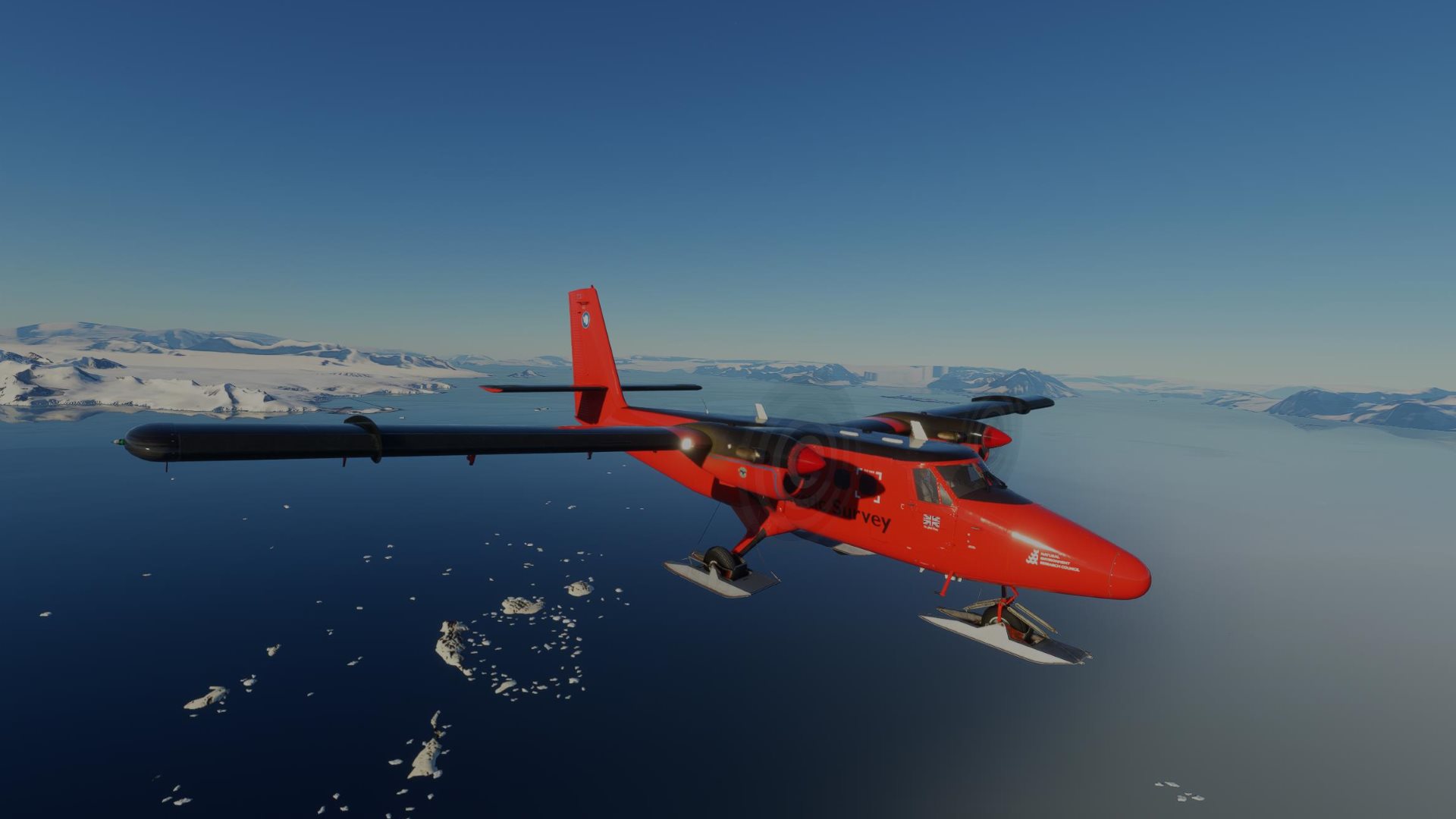 Join us as we jump into the newly released DHC-6 Twin Otter by Aerosoft and head to the bottom of the earth to explore the frigid lands of Antarctica.

This week, we return to Shack Air and try out some new third-party add-ons for Microsoft Flight Simulator. The recently released DHC-6 Twin Otter by Aerosoft is the perfect airplane to take way down South to Antarctica. We’ll spend some time exploring the various ice shelves and frigid waters enhanced by another Aerosoft add-on, the British Rothera and Beyond scenery.

The DHC-6 Twin Otter is the ultimate go-anywhere aircraft and perfect for the harsh environments of Antarctica. Aerosoft’s release includes a multitude of variants, equipped with floats and skies, and painted in a variety of famous liveries. We’ll be flying in the British Antarctic Survey livery in striking red, which will hopefully be helpful for rescuers in case of a mishap.

It’ll be interesting to see how the Aerosoft DHC-6 Twin Otter stacks up against the previously released CRJ, which we’ve flown a few times before for Shack Air. If time permits, we may also shift over to Nepal and have a look around Mount Everest and one of the world’s most dangerous airports.

We hope that you’ll join us at 6 p.m. PT on our Twitch channel to enjoy this flight. Don’t forget that you can purchase future flight destinations with Shack Points, which can be earned by hanging out with us every Thursday night, or by watching our other streams. If you’d like to influence an upcoming flight, be sure to tune in and grow those Shack Points!

You can join Jan tonight at 6 p.m. PT/9 p.m. ET on the Shacknews Twitch channel. If you can’t make it tonight, don’t fret; Shack Air flies every Thursday evening between 6 p.m. and 8 p.m. PT/9 p.m. to 11 p.m. ET. Want to support the work we’re doing? Make sure you do it for Shacknews and subscribe with your Prime Gaming sub to help support the show!