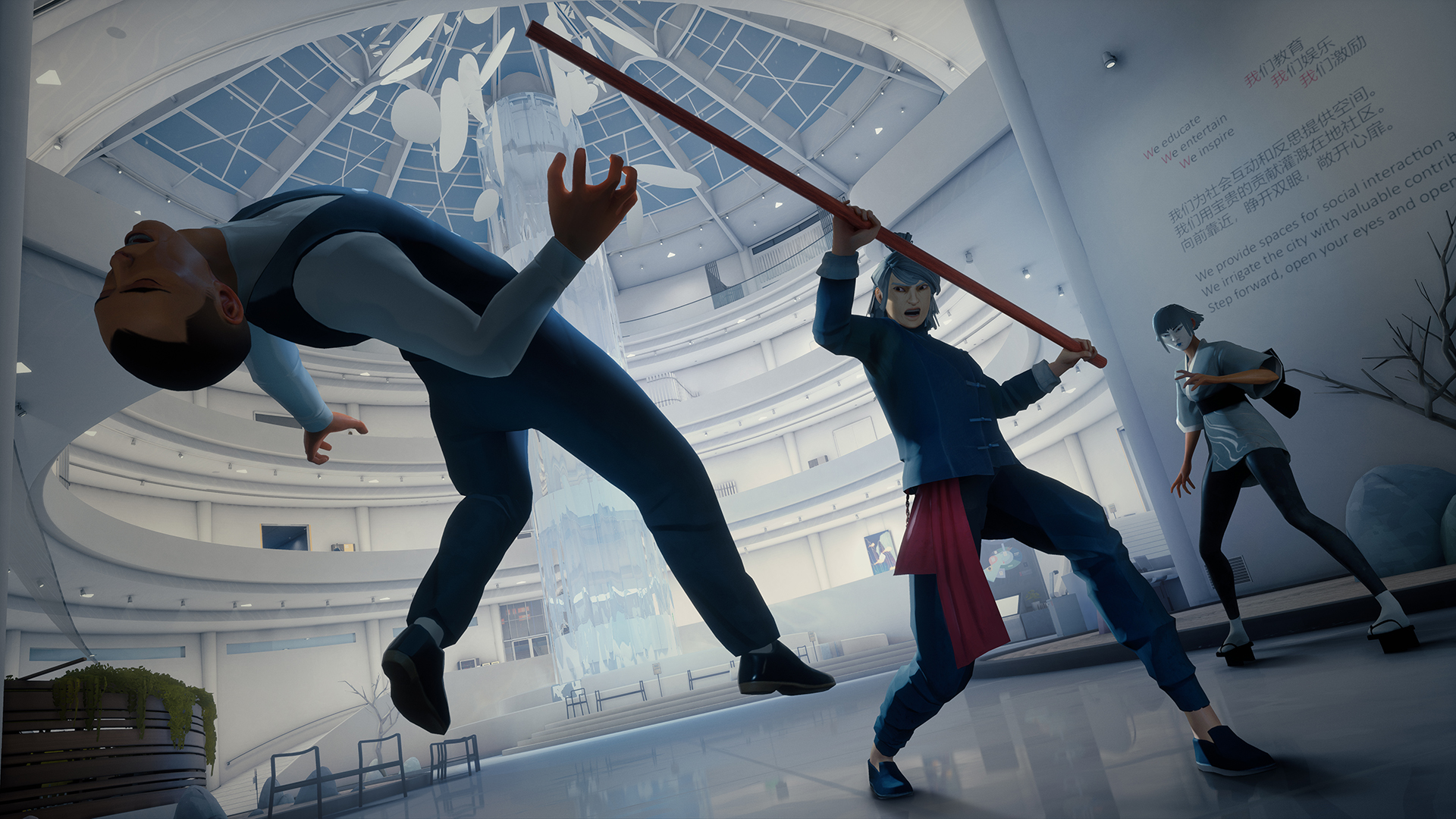 Sifu has nothing new to teach fans of roguelike action adventure games, but it makes an attempt.

Martial arts action films have had a strong influence over American popular culture through the years. The films of martial arts celebrities like Bruce Lee and Jackie Chan have endeared the genre to fans for decades now. Sifu is the latest offering from the devs at Sloclap and it attempts to pay homage to those films by offering up a Kung-Fu inspired action roguelike. However, it doesn’t quite hit the mark for a number of reasons.

In Sifu, players take on the role of a young disciple seeking revenge for the murder of their Kung-Fu master. It’s up to players to punch, kick, and dodge their way through an evil cartel as they work to take out its general before facing the final boss. Players will choose between a male and female persona before diving head first into an adventure that will take them through warehouses, nightclubs, fancy museums and more on their quest to take out their master’s killers. Sounds like a great set up for some action-packed rumbles, right?

However, the plot is pretty light from level to level and only really plays out in the boss fights. There are some spots where players will get to make some dialog choices and depending on how you react you could either end up in a big brawl or avoid a confrontation completely. It’s a bit interesting. but after playing through a level several times and hearing all the dialog options it doesn’t really seem to change much in the end, or at least it didn’t for me, but we’ll get to the repetition a little later.

Sifu definitely makes an attempt at creating a cinematic environment for players to traverse. Each area is packed with decor, whether it’s piles of trash and wooden debris in the warehouse district, or several displays of modern art in a gallery exhibit, Sifu really does try to bring its areas to life. Unfortunately there’s a distinct lack of detail to most things. The cel shading effects coupled with no real outlines on any characters or objects and a lot of jagged edges tends to make the world of Sifu look blurry. I noticed a lot of clipping in things like cutscenes and when fighting eneimes pushed up against the wall and most of the faces in Sifu look like something from the PS1 era. Whatever stylization the devs were attempting I don’t think they quite pulled it off. The soundtrack is solid, though, and shines particularly bright in the nightclub level with a smattering intense techno house music.

At its core Sifu attempts to pull of a roguelike brawler that walks the line somewhere between a soulsborne experience and the combat of the Batman Arkham series. In doing so though it really only succeeds at being mediocre on both parts. In most levels players will be tasked with taking on large crowds of opponents at one time. The idea is that players should use their arsenal of attacks and dodges to gain XP and unlock more moves. Taking out enemies without getting hit will boost your combo meter and increase your score on the level as well. You’ll also recover life if you manage to break an opponent’s stamina meter and pull off an execution move. Those cinematic execution combos are probably the best part of the game overall.

Players will also come across shrines where they’ll be able to unlock things like an increased stamina meter, more health recovered from execution, or even reset the death meter. Did I mention the death meter yet? You see, as you play through the game and get taken out by enemies you have a death meter that goes up by one each time you fail. That’s how many years get taken off your life each time you die. So if you’re 20 and die once you become 21, die again and the death meter goes from one year to two and you’re now 23 and so on and so forth. Your health meter gets shorter as you age, but you get stronger. Reach 70 and you’re permanently kaput. I understand that roguelikes are supposed to be hard but this mechanic, like most of the others in the game, is not balanced well at all. It’s just grueling.

And some of your deaths are so cheap it’s ridiculous. I did my best to try kiting enemies away from large groups, but someone would inevitably take some giant leap from 10 feet away and land a cheap hit. A few times I got cornered, died, and then immediately got killed again, which is extremely punishing when you’re losing 6 or 7 years of life at a time.

The repetition kills you

The issues with the combat don’t stop there. In fact, some of it might have been forgivable if the controls didn’t have so many issues. To put it briefly, they are nowhere near as responsive as they need to be. The logic behind whether or not my block or parry is going to work still eludes me after several hours with Sifu. So many times I meant to hit one opponent and I hit another because there’s no lock-on options.

Players have special focus attacks they can execute by holding down a shoulder button that will take the game into a bullet time mode and from there selecting which attack they want to use from a list on a rotary menu. That means gauging if the enemy is even close enough to execute it on then fumbling with the left analog to select the proper move before getting knocked in the face. Enemies tended to either be too close or too far away and selecting the right move could be a real pain. It really drives home how much you have to fight with the controls just as much as the onscreen baddies.

Sifu is also marred by just some horrendous camera angles. I get they were going for a cinematic feel, but the way the camera sits behind the main character’s right shoulder rather than being slightly above them with the character centered doesn’t work for me. And there’s so many points in the game where I was just blindsided in the middle of a fight because I couldn’t get the camera turned around in time. It just really drives home how much the controls are your enemy in this game.

My list of gripes with Sifu don’t stop there either. Once again, yes, these types of games are supposed to be tough. And I will grant Sifu that you can find keys and unlock shorter paths to the boss fights, but you will be so sick of playing the same levels over and over before you make any real progress. A lot of that has to do with how you unlock your library of moves. Each time you unlock a move, you have to pay at least five times that much to permanently unlock it. So if a move costs you 500 XP to unlock you’ll have to pay another 2,500 in 500 XP increments to have it forever, and that’s if you don’t die permanently on a level. If you do, you’ll have to pay that same initial unlock fee to unlock it again, so that 500 XP move could end up costing as much as 5,000 XP overall.

I played the 2nd level of Sifu so many damn times trying to grind my way through unlocking more moves that I’m sick of it. I get that there’s a grind to it, but I think most games like this put a carrot on the end of the stick. Grinding through Sifu felt like just being beaten with a stick. I think it’s also worth noting that Sifu was developed by an all-white European development team and some aspects of the game do come off as culturally tone-deaf. I suggest checking out this article by Khee Hoon Chan for more about that aspect of Sifu. There are so many games out there that do what Sifu does only better. Honestly, if you want a punishing grind where your efforts will actually pay off you’re probably better off just taking a Kung-Fu class in real life.

This review is based off a key provided by the publisher. Sifu will be available on February 8, 2022 for PlayStation 4, PlayStation 5, and PC.