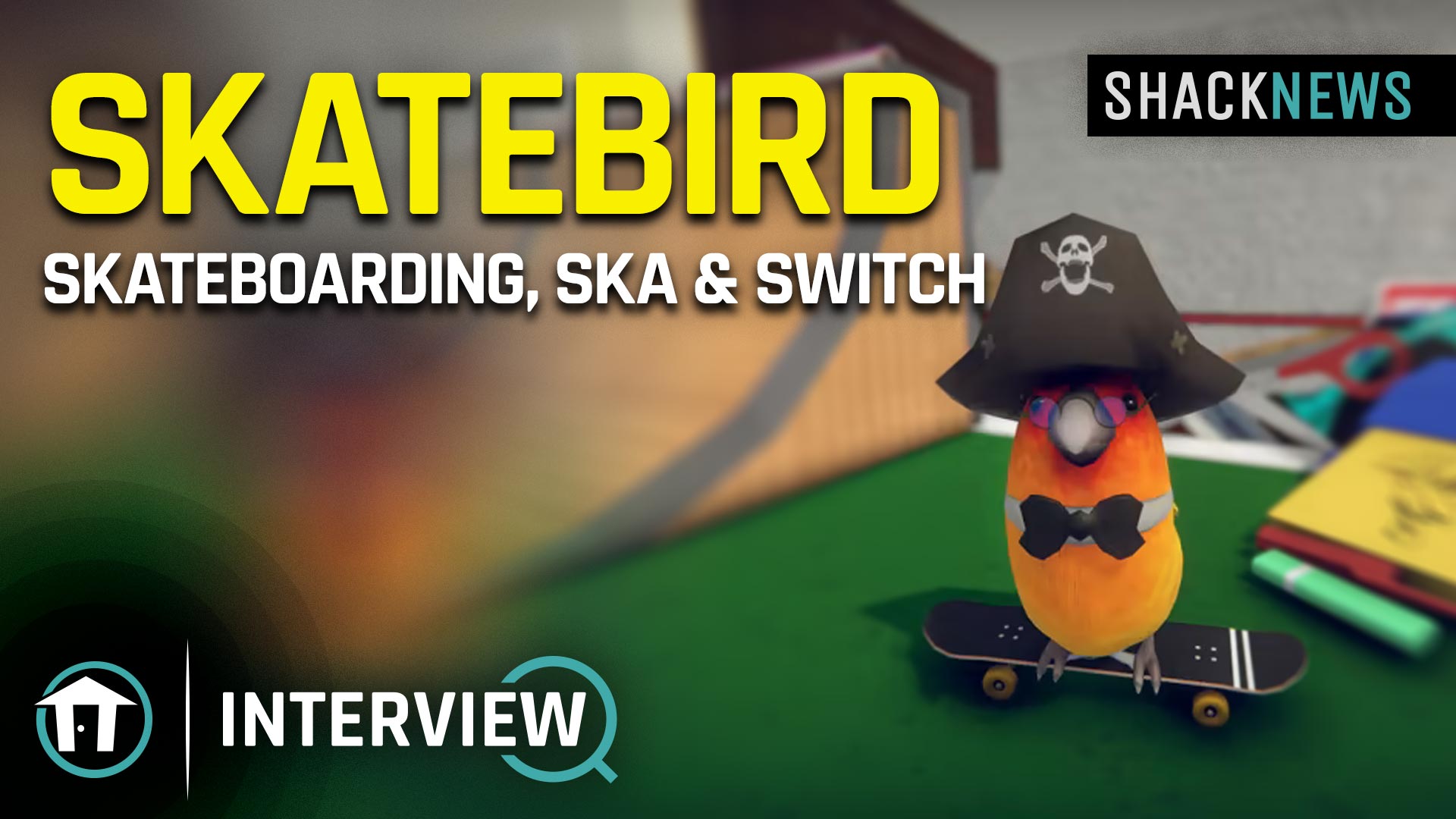 A whole lot of research went into making SkateBIRD, including watching birds to see how they move.

SkateBIRD lets players become a tiny little bird that skateboards around everyday objects. While the concept is simple, actually creating a skateboarding game like SkateBIRD is anything but. We here at Shacknews recently had the pleasure of sitting down and chatting with the founder of Glass Bottom Games, Megan Fox. In our chat, Fox told us about how SkateBIRD came to be, what the process was like learning about birds, and even touches on ska music and the skateboarding video game genre as a whole.

During our chat, Fox also spoke to how skateboarding games handle animation. For most games, the player character is what’s being animated and the board is attached. For SkateBIRD, the team went the other route, creating a physical board and then the bird and everything else is “trickery”, as Fox puts it.

The chat with Fox covers a whole lot of ground, so it’s worth checking out the full interview, especially if you’re interested in how porting to various platforms work. SkateBIRD is available now across a variety of platforms including Steam, Xbox, and Nintendo Switch. For more developer interviews, head on over to the GamerHubTV YouTube channel. You can also check out the Shacknews channel for exclusive gameplay and guides.