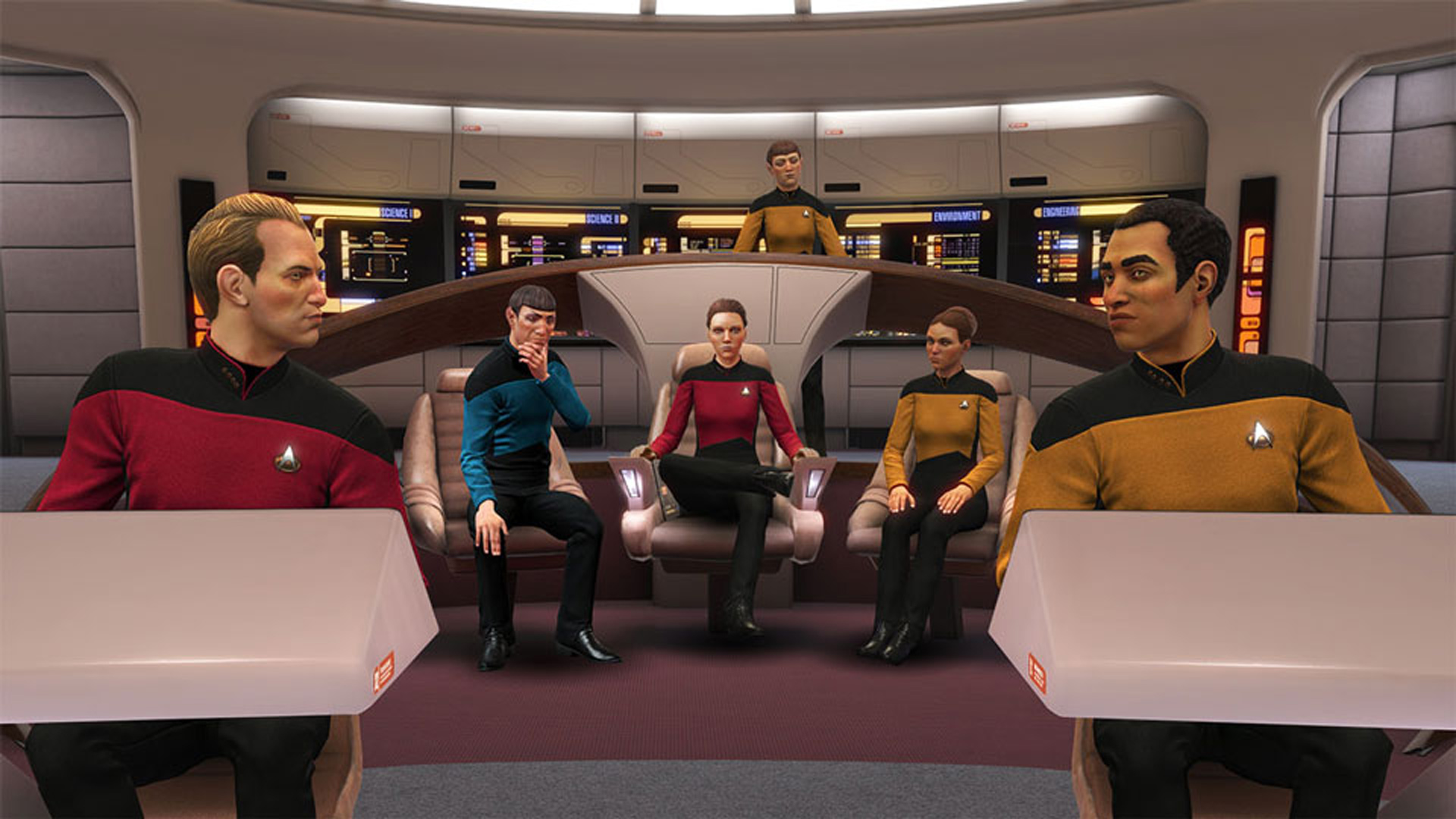 The Star Trek VR game could soon disappear from all platforms due to a lost license.

With all the benefits that come with digital media, there are also some hefty downsides. This includes the possibility for a platform owner to pull a game, movie, or song for a number of different reasons. Contractual issues surrounding license agreements often lead to the delisting of digital products and may be exactly what’s happening to Star Trek Bridge Crew. Ubisoft’s VR Star Trek game has been delisted from Steam and Oculus and could get pulled from other platforms soon.

It was first reported by Delisted Games that Star Trek Bridge Crew had been yanked from Steam and Oculus (Meta Quest) storefronts. The game’s store page is still there, but the option to purchase Star Trek Bridge Crew has been removed. This has been done with no announcement from Red Storm Entertainment or publisher Ubisoft. As of this writing, the game is still available on the Ubisoft Store, as well as a couple of other online third-party retailers.

It’s likely that this delisting is a result of an expiration in the licensing agreement between Ubisoft and Star Trek property-owner ViacomCBS. The two sides likely had a deal back when the game was released in 2017 that may be set to expire soon. If that is indeed the case, Ubisoft would no longer have the legal authorization to distribute the game. If an expired license is the reason for the delisting, we’ll probably get a formal announcement soon.

Of course, there’s always the possibility that the issue that caused the delisting will be resolved and the game will be restored on digital platforms. It’s become common for old titles to fade from storefronts due to contractual issues behind the scenes. Most recently, Bandai Namco announced that Jump Force would be delisted this year. It will be interesting to see if the industry looks to address this issue as digital media becomes the new normal.