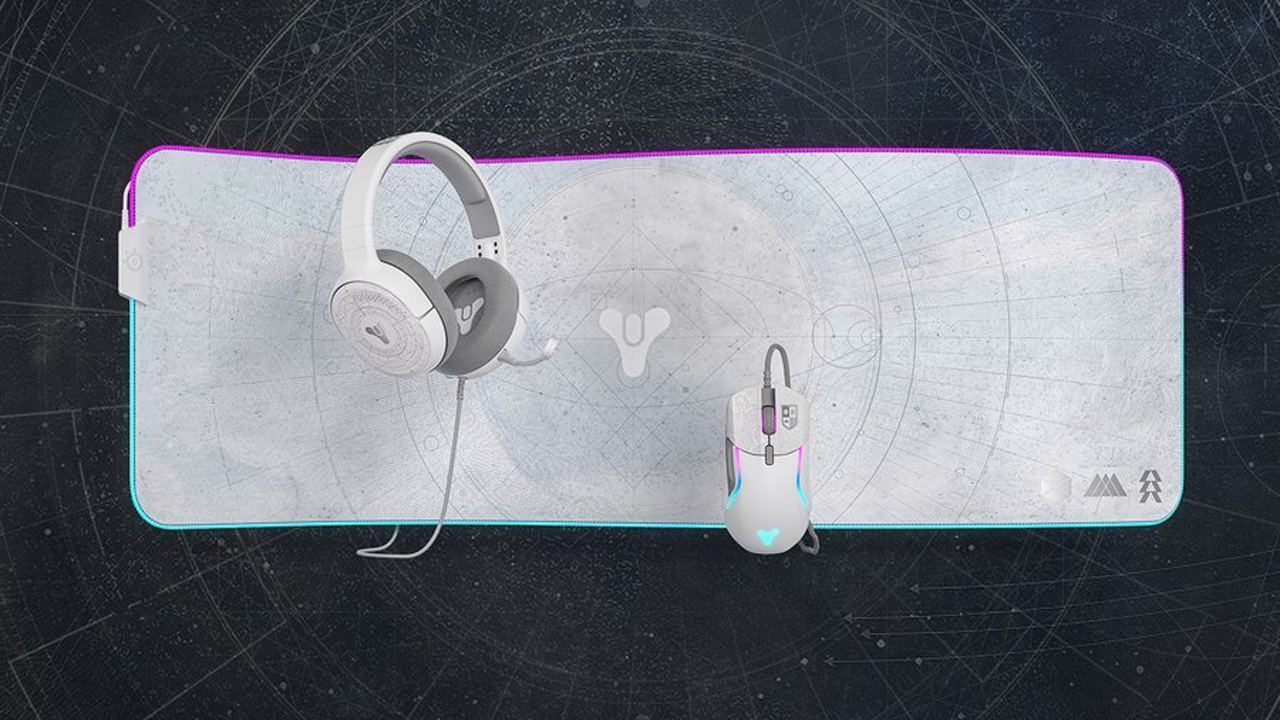 Skip the grind of farming for gear and get yourself prepped for The Witch Queen with some new goods.

Destiny players are about to grow more powerful thanks to a collaboration between SteelSeries and Bungie. This partnership is bringing PC players a range of slick new peripherals, all of which are themed after Bungie’s flagship MMO title, Destiny.

Announced on February 15, 2022, the collaboration between SteelSeries and Bungie introduces a host of Destiny-themed PC gaming gear. The snow white gear is inspired by the Light from the Traveler, Destiny’s silent, god-like entity that has bestowed great power on humanity. Included in this range of gear is the Arctis 1 headset, Rival 5 gaming mouse, and QcK Prism XL mousepad.

For those Destiny players out there, this collaboration between SteelSeries and Bungie is more than just new hardware, it’s also about new tech. Starting today, players can check out the early access version of Sonar, SteelSeries’ audio software that ups your audio experience. The sound designers at Bungie have created a custom preset that will lift your game to new heights. Sonar also offers spatial audio, ChatMix, and 7.1 virtual surround sound.

If you’re a fan of Destiny 2, then there’s even more reason to snap up one of these sleek new pieces of gear. Each purchase will also score you some exclusive in-game cosmetics. The Arctis 1 headset and the Rival 5 mouse comes with the Viral Celebration Exotic emote while the mousepad will net you the Existential Unfoldment Legendary emblem.

All of this new hardware is available on the SteelSeries site as well as the Bungie Store. The Arctis 1 headset retails for $59.99 USD, the Rival 5 gaming mouse will set you back $74.99 USD, while the QcK Prism XL mousepad is a neat $69.99. For more on Destiny 2, you’re in the right place.