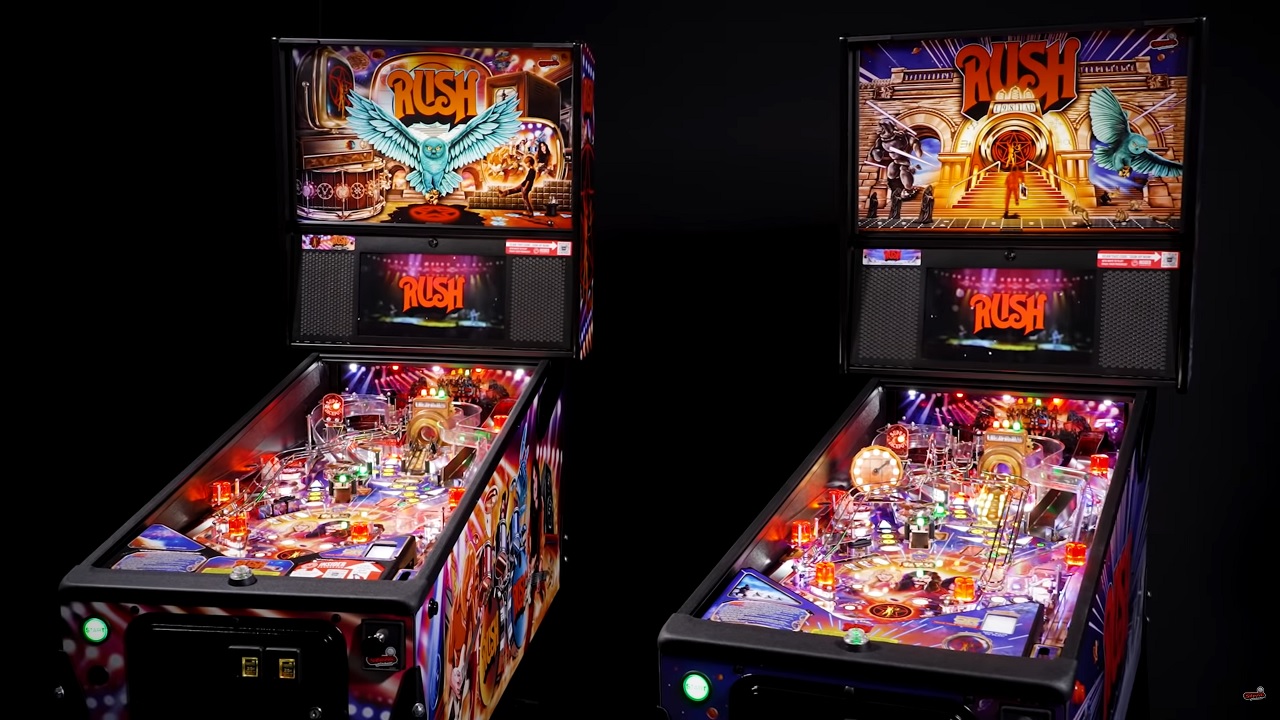 Stern Pinball & Rush kick off 2022 with a new pinball machine

In the realm of Canadian rock, there are likely few names that come to mind faster than Rush. Neil Peart was widely considered to be the best drummer in the world and Geddy Lee’s iconic voice couldn’t be mistaken for anything else. Now, Stern Pinball has gotten together with members of Rush to produce a new pinball machine coming into 2022 and it’s quite the interactive nod to the band’s legendary rock history.

Stern Pinball unveiled its new Rush pinball machine via a press release and YouTube video on January 4, 2022. The new machine features a wealth of Rush music, art, and game gimmicks based on the band’s extensive history. As with Stern’s recent pinball machines, the Rush pinball game will come in three editions with increasingly elaborate features: Pro, Premium, and Limited Edition. It will also feature Stern’s relatively new Insider Connected program to allow players to take on challenges and special events associated with the game via the app.

All of this is excellent, but we know what you’re thinking if you’re a Rush fan: Which music is it using? Well, Stern also supplied a list of the tracks that will play as players interact with the machine. The song list is as follows:

In addition, players will be treated to multi-ball play centered around the tracks Red Barchetta, Subdivisions, and Fly By Night, as well as the LE and Premium versions featuring a custom sculpted Clockwork Angels clock inspired by Neil Peart’s drum kit during their Time Machine Tour.

With the unveiling of these machines, all three versions of Stern’s Rush pinball game are available to order now. Stay tuned for more details and Stern Pinball coverage right here at Shacknews.