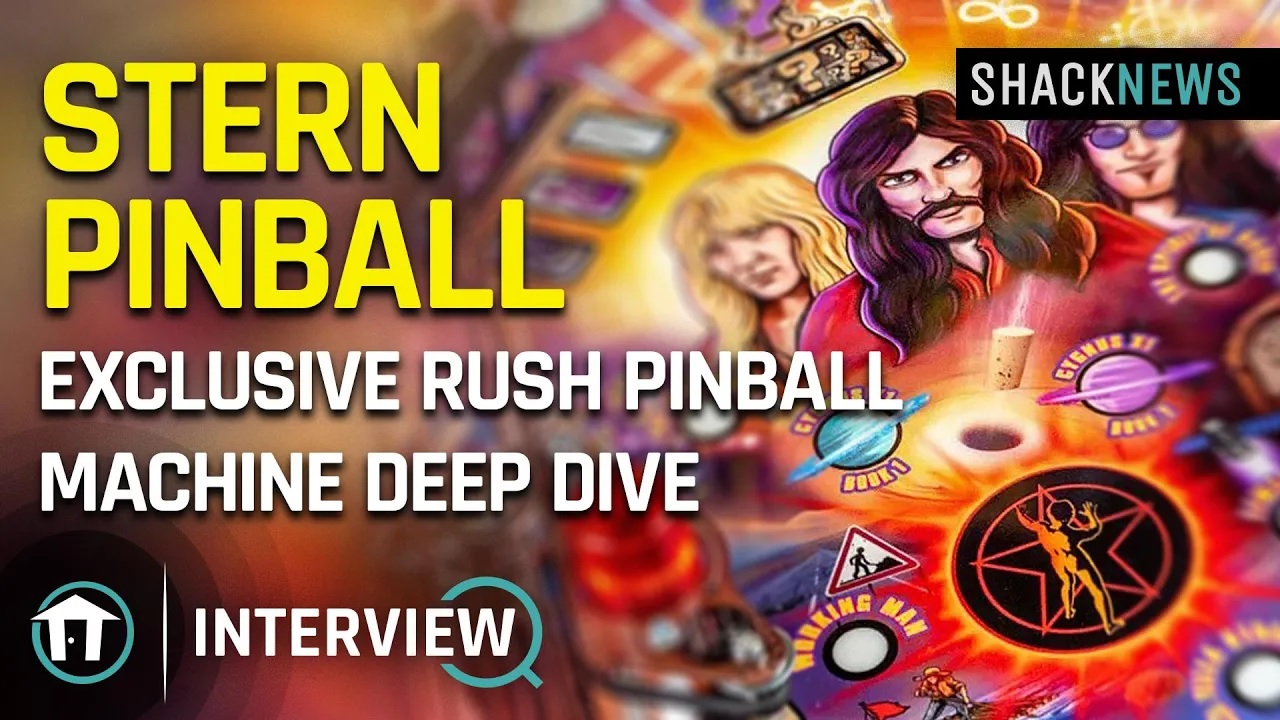 We spoke with the folks at Stern Pinball about their latest creation – a collaboration with legendary Canadian rock band Rush.

When one thinks of Canadian classic rock icons, it would be very hard to not land on Rush first. The group became icons around the world for their incredible music, the iconic vocals of Geddy Lee, and the masterful talents of drummer Neil Peart. Stern Pinball recently partnered with Rush to create a new pinball machine that captures the music, performances, and spirit of the band, and we had a chance to Stern Pinball director of marketing Zach Sharpe about how this amazing collaboration came together.

Maybe one of the coolest parts of Rush is that it actually has various recorded dialogue from Geddy Lee and guitarist Alex Lifeson. Sharpe took us through how they actually got these legends into the studio with the help of another Canadian rock legend, Ed Robertson of the Barenaked Ladies. We also talk about the amusing antics of the band members as they recorded lines.

Of course, one of the most important parts of any music inspired pinball game is the music itself, so of course we get into the track selection for the Rush Pinball game. Rush is a band with an incredibly discography and we talk about the nitty gritty of choosing a playlist that would work for the pinball game. Unfortunately, YYZ didn’t make the cut, but there’s a ton of great tracks that go on in the background as you play the game. We also talk about the decision to theme much of the game’s art and playable gimmick’s around the band’s Time Machine Tour, including a working Clockwork Angels Clock inspired by Neil Peart’s bass drum on that tour.

Stern’s Rush pinball machine is available for order now on its website and through dealers. Want more interviews like this? Be sure to follow our YouTube channels at Shacknews and GamerHubTV for our latest interviews, reviews, gameplay, unboxings, and more on the latest video games, technology, and toys.