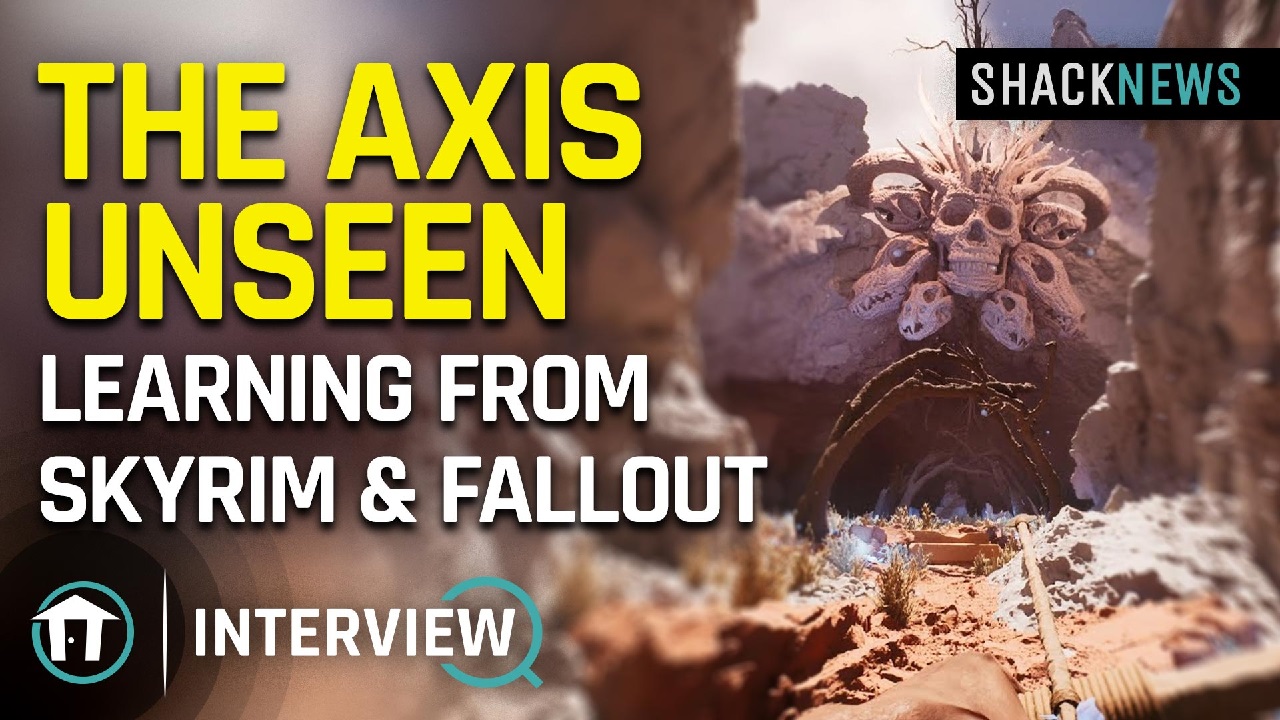 We got to talk with The Axis Unseen developer Nate Purkeypile about how his previous experience with Fallout and Skyrim guided his latest game.

Moving from a massive group like Bethesda over to solo development has to be a daunting proposition, but Nate Purkeypile of Just Purkey Games is doing it with The Axis Unseen. After working on huge titles like Fallout and the Elder Scrolls, Purkeypile has ventured out to develop The Axis Unseen’s metal-infused horror hunting experience solo. We recently got to sit down with him to talk about the game and how his experience on large previous projects has guided his experience as an indie dev.

For Purkeypile, learning Unreal Engine 5 has been a major factor in streamlining his process in The Axis Unseen’s development. Where various design aspects such as building objects, lighting, or shadows were department-wide projects when Purkeypile worked on Skyrim and Fallout, he shared that UE5 has helped to massively reduce the workload of these components as he has designed the world players will be exploring, the creatures they’ll face, and the effects and mechanics that are utilized throughout the game.

In terms of what his previous experience brought to The Axis Unseen, Purkeypile attributes his background in game design at places like Bethesda with helping him to have a good understanding of how to create an expansive area and do it quickly. Used to handling such a task with just a few assets, Purkeypile shared that it has aided him in his approach to building the world in The Axis Unseen. VR has also been a boon in his design process as Purkeypile points out that he uses VR headsets to sculpt assets quickly before loading it into his PC to polish and finalize it for use in the game.

You can follow Nate Purkeypile on Twitter and wishlist The Axis Unseen on both Steam and the Epic Games Store to keep up on the latest updates in the game’s development. Want more videos like this? Be sure to follow our YouTube channels at Shacknews and GamerHubTV to see our latest reviews, gameplay, interviews, previews, and unboxings on the latest video games, technology, and toys.