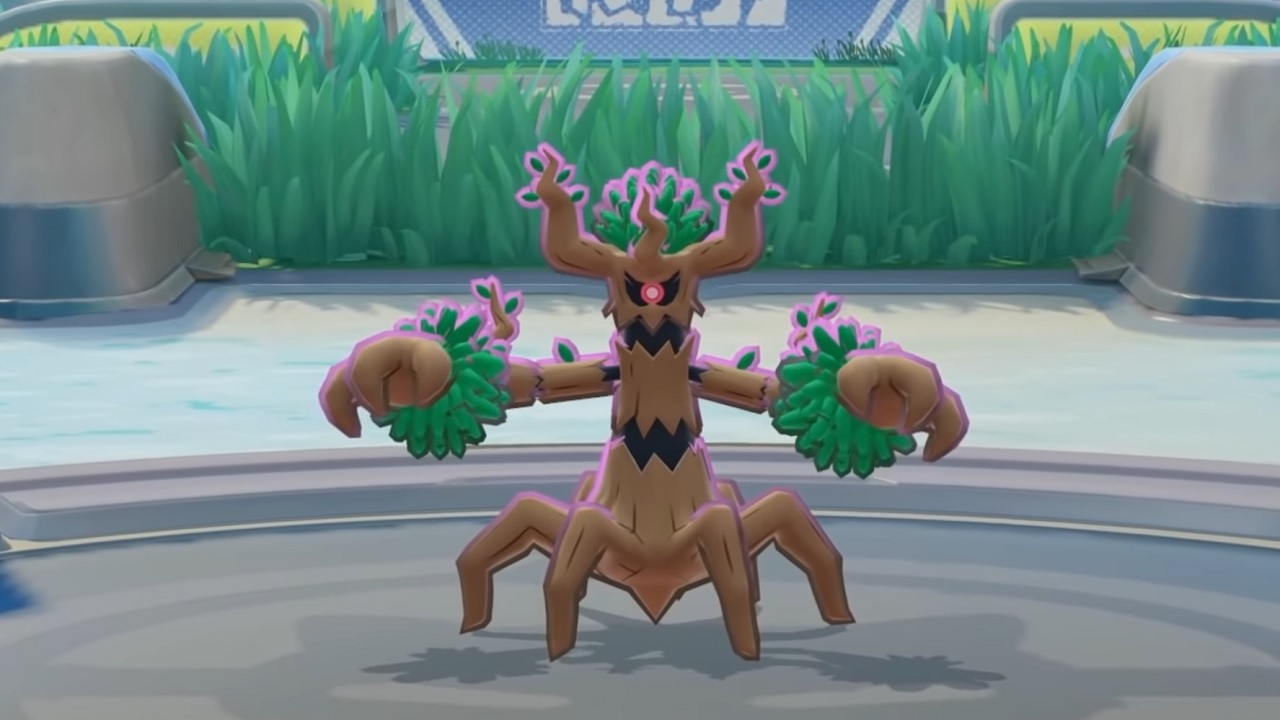 Trevenant is the latest Defender coming to Pokemon Unite's roster

This ghost/grass type from the Pokemon X and Y generation will be channeling the spirits to throw its weight around in Pokemon Unite very soon.

We’re into the new year, Pokemon Unite is going strong, and TiMi Studio Group has big plans to keep it growing. One of those is, of course, new characters and Pokemon Unite just got its first new roster reveal of 2022. Trevenant is a haunted tree Pokemon bringing an imposing mix of ghostly force and nature to the Defender squad of Pokemon Unite in the near future.

Trevenant was announced for Pokemon Unite’s roster via the game’s Twitter and a YouTube trailer on January 13, 2022. A ghost/grass-type pokemon that first appeared in Pokemon X and Y, Trevenant is a tree haunted by supernatural power and uses it to empower its branches to bash and wrap up foes even as it curses them with its array of ghostly powers. In the trailer, we see Trevenant utilize a channeling beam that looks suspiciously like a curse, but we also see it use a collection of hammer-like branch attacks to knock foes around. As a defender, Trevenant will be specially suited to tank a fight and interrupt Pokemon trying to score goals and its kit looks fit to do the job from this early reveal.

Trevenant will mark the 30th Pokemon to come to the Unite roster. TiMi Studio Group was coming fast with them last year, releasing one-to-two new characters nearly every month, including Dragonite which was one of the last additions to put a fantastic cap on 2021 during the game’s holiday event and festivities.

That healthy and growing Pokemon Unite roster is going to come into even bigger play soon too. Pokemon Unite has just been confirmed to be part of the Pokemon World Championships 2022 series this year. This news comes alongside a new competitive season coming to the game in which teams will be able to attempt to qualify.

Pokemon Unite doesn’t have a release date for Trevenant just yet, but it’s sure to be coming to the game soon. Stay tuned as we continue to watch for Trevenant’s launch and further updates in our Pokemon Unite coverage.