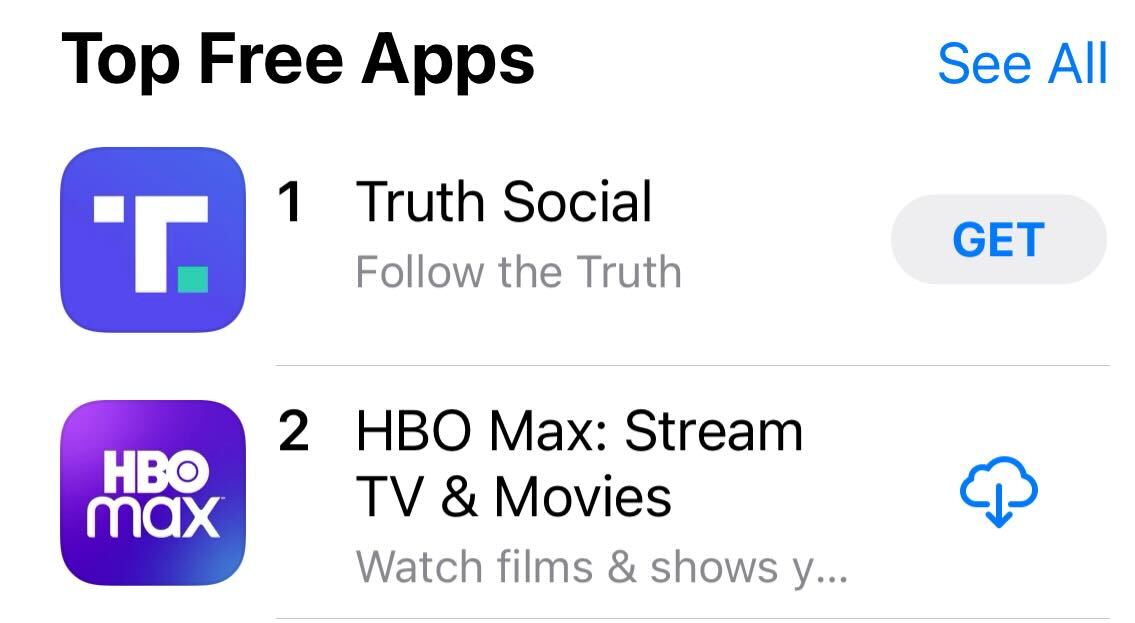 Trump Media & Technology Group's Truth Social app is the number one free app on Apple's App Store, in case you were wondering if we are in the darkest timeline.

Former president Donald Trump has been awfully quiet on social media over the past year, largely due to the bans he received for inciting the January 6, 2021 insurrection attempt. That hasn't stopped team Trump, and they have launched the Trump Steaks of social media platforms, Truth Social. The platform officially launched just this Sunday, and it currently sits at the top of App Store.

The app has yet to launch on Android, but the reception on iOS has Trump supporters feeling pretty good. Trump Technology and Media Group parent company Digital World Acquisition Corp is bucking today's trend in the stock market, with DWAC shares jumping over 10% this morning in reaction to Truth Social's launch.

Truth Social would not exist if it weren't for Trump being banned from Twitter, Instagram, and Facebook. Just last year when the app was in beta, trolls squatted on a lot of Trump-related account names. They posted some amusing things involved pigs and whatnot, but it appears that the database had been wiped ahead of Truth Social's launch. Making matters even worse, the app broke the rules of Mastadon's FOSS license when the beta shipped last year. It remains to be seen just how much of a dumpster fire Truth Social will turn into over the next few weeks, but the bar has been set pretty high by other decentralized Internet cesspools like 4chan and 8chan.

At the very least, enough of Trump's biggest supporters are flocking to Truth Social this week to propel the app to the number one free app spot on Apple's App Store. Are you signing up for Truth Social? Let us know your username in the comments section. Or not.