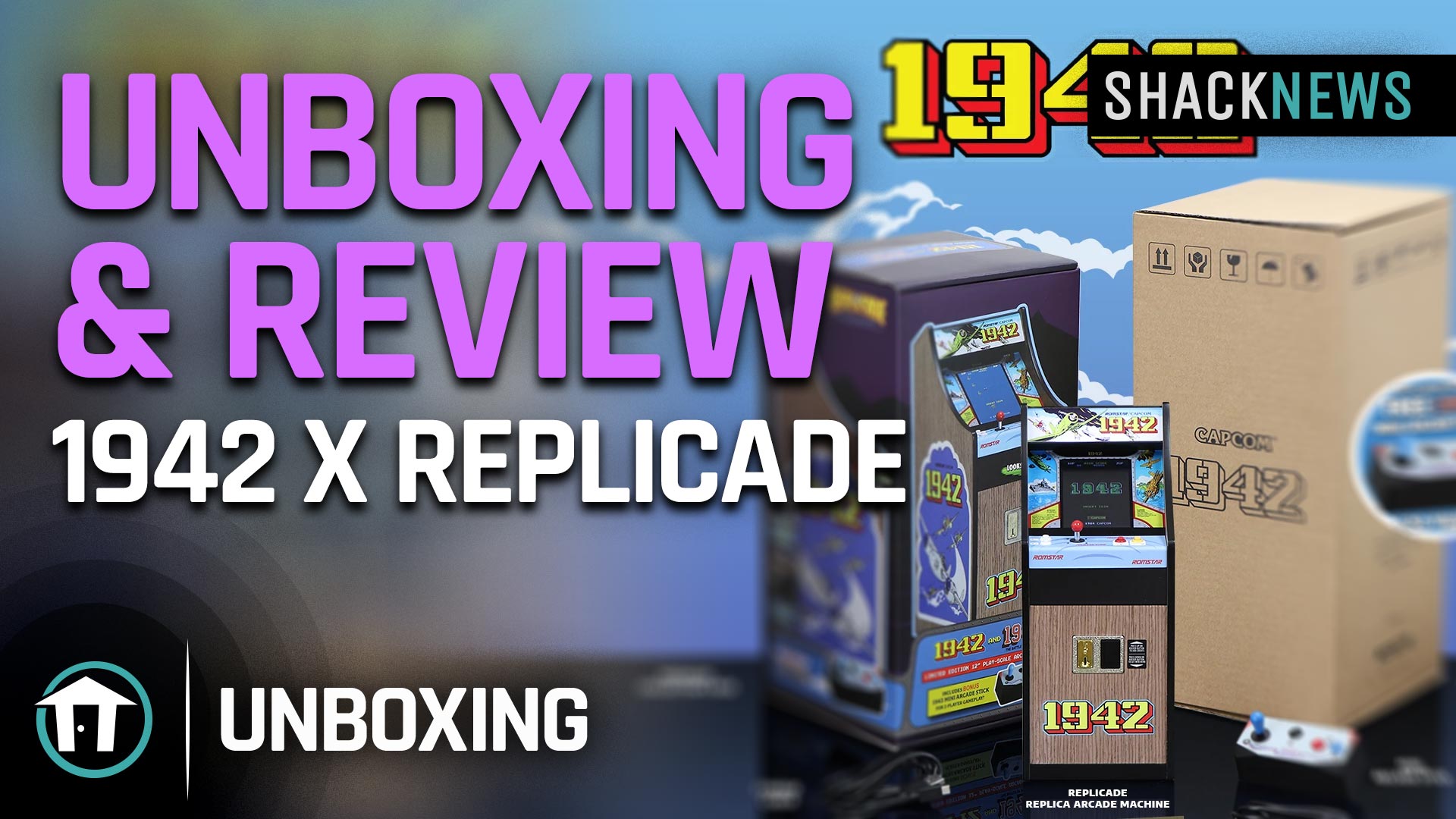 It’s the 1942 you love, but in a much smaller size, as Video Editor Greg Burke takes a look at the latest in the RepliCade line.

Not everybody has room in their home for full-sized or even close-to-full-sized arcade cabinets. Fortunately, those folks have been covered by the people at Replicade, who have specialized in miniaturized arcade experiences. The latest addition to their library is the old-school ROMSTAR/Capcom classic 1942, along with 1943: The Battle of Midway. To get a look at how this arcade hit made the translation to mini arcade cab, we look at a fresh unboxing from Video Editor Greg Burke.

The 1942 mini-arcade cabinet from Replicade features everything you would need to create a diminutive version of the classic machine. This includes an extra joystick for two-player co-operative play or in the event that your first one wears out for whatever reason. The whole thing stands at just a mere 10.4 inches tall, 4.5 inches wide, and weighs a light 2.4 pounds. This is consistent with the dimensions for other Replicade titles. If this proves too small and you’d rather see the bigger picture, there’s an HDMI cord and output slot available to hook this up to a TV or a monitor.

Speaking of other Replicade titles, we’ve covered a few of those in the past here at Shacknews, including Street Fighter II: Champion Edition and Dragon’s Lair X. Check out some of our past coverage of New Wave Toys.

Special thanks to New Wave Toys for sending us the 1942 Replicade mini-cabinet for review. For more unboxing videos like this one, as well as other gameplay videos and interviews, be sure to subscribe to Shacknews and GamerHubTV on YouTube.