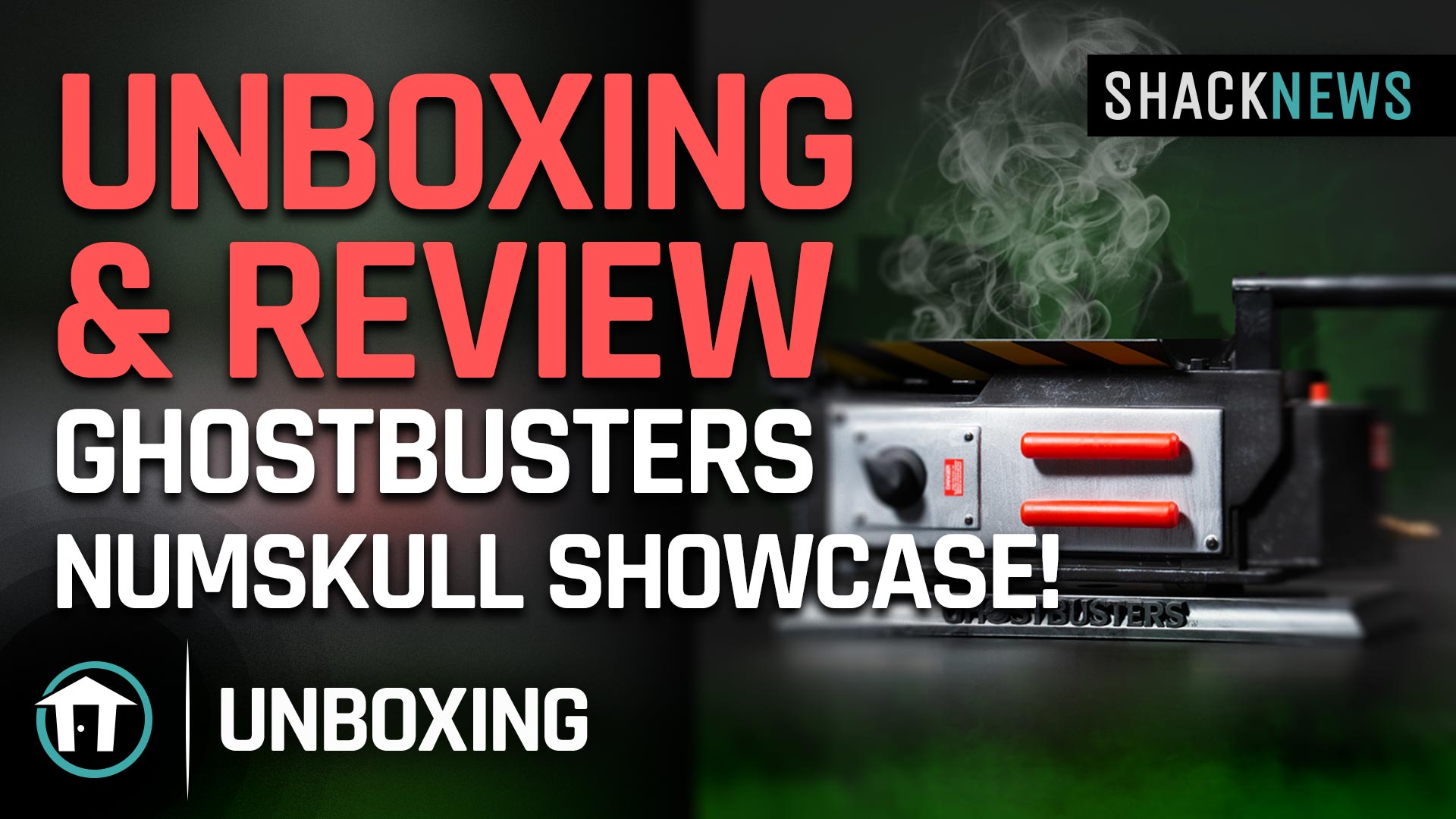 The Northern California Ghostbusters are back and ready to unbox some incredible Ghostbusters merch from Numskull.

The Ghostbusters franchise is one of the best in the business, not only because of the movies, but because of fantastic merchandise available. For fans of the media, Ghostbusters collectibles, figurines, and other paraphernalia are often must-have items. In this special unboxing video, Greg Burke sits down with Chris Nance to look at a whole lot of goodies from Numskull. Check it out below!

Now, if you’ve been around these parts for a while, you no doubt recognize Greg Burke as the Shacknews Head of Video Production. Some viewers may even know the strapping gentlemen on the right. For those that do not, that would be Chris Nance, Co-Founder and Experimental Equipment Technician of the Northern California Ghostbusters. These two blokes are here to check out some of Numskull’s latest Ghostbuster merchandise.

One of the first pieces that the ghost-busting duo investigates is the incense burner that is styled like the iconic ghost trap. Though the incense cone is not include, the whole unit takes advantage of the natural smoke that comes from the ember when using a burner. This makes it look as though there is an actual ghost trapped inside.

Another delightful discovery in the unboxing is the cups. These cups are styled after the characters from Ghostbusters, complete with finer details of their equipment, name tags, and jumpsuits. What’s interesting here is that it’s only the head that has the design printed on, everything from the neck down is etched into a silicon covering. It gives the whole piece a nice texture.

There are plenty of other things unboxed in this special Ghostbusters video. Numskull has done a fantastic job with the offerings, and if you’re a fan of the franchise, you’ll no doubt want to snap some of these up. You can do so over on the Numskull website. Be sure to subscribe to the Shacknews and GamerHubTV YouTube channel for more unboxing videos as well as exclusive interviews with developers and more!